Store Page
Conan Exiles>  Workshop > Legion's Workshop
This item has been removed from the community because it violates Steam Community & Content Guidelines. It is only visible to you. If you believe your item has been removed by mistake, please contact Steam Support.
This item is incompatible with Conan Exiles. Please see the instructions page for reasons why this item might not work within Conan Exiles.
Current visibility: Hidden
This item will only be visible to you, admins, and anyone marked as a creator.
Current visibility: Friends-only
This item will only be visible in searches to you, your friends, and admins. 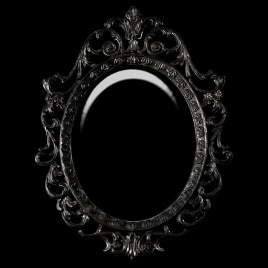 Legion
Offline
See all 2386 collections (some may be hidden)

This item has been added to your Subscriptions. Some games will require you to relaunch them before the item will be downloaded.
Description
A little mod for saving, loading or editing the appearance of the characters and thralls (for solo/coop and server).

PAK file and sources are available on GitHub under Apache License 2.0:
https://github.com/Mechani-Legion/CharEditLite

/!\ Attention /!\
As stated here:
https://steamcommunity.com/workshop/filedetails/discussion/1366358141/2572068024761572952/
The mod will no longer be updated.
The mod no longer works since the Isle of Siptah update and should be replaced with a new mod available in the links.
To continue using this mod, switch back to a game version before the Funcom Live Services update.

How to be Admin:

Overview/editor panel: Contains all the modifiable informations of the character.

Preview panel: Render of the in game character or the edited one.

Shard panel: Render of the shard or target appearance and of the final appearance according to the choices.

turbo Sep 15 @ 10:37am
This mod will no longer work. The recompiled version has been recompiled once again and is ready for download.
https://steamcommunity.com/sharedfiles/filedetails/?id=2169663966

turbo Jul 17 @ 9:05pm
We have recompiled this mod for our own server and will continue to maintain it for the time being. See Teella’s Workshop items.

Yes, a few people are already working on the code. Projects should probably be released before the mod no longer works.

@McSlappy Do you have the right mirror? It's a usable item which must be in your inventory or shortcut bar (first item on screen 8).
The shards are only created by the mirror.
Otherwise, try to change the order of the mods. Items can lose their usable property in some cases.

@bojack13 Check that the mod is in the active list (Mods in main menu).
In case another mod erases recipes and items, you can change the mods order and retry.

Nemo Jul 4 @ 8:09pm
Thank you for your hard work on this mod Legion, for somone that have not played for long, you kept supporting it for a really long time.

Is there any chance anybody will take on your code and keep it working ?

I mean, it's still one of the essentials mods out there, and maybe the only one that offer so many important features for game masters (namely, playing npc is only possible because of your mod and it's shard option, without this it would be really a pain in the ass .. if this stop working, I assume we will have to rely on pippi appearance option)

Anyway, thank you very much m'lady, we owe you a lot.

bojack13 Jul 4 @ 3:59pm
Is it not working already? I have the mod installed, enabled admin mode, going to "other" in the items column but can't find the mirror. I just unlocked the artisan table but don't see the option to build a mirror either.

alexzzz Jul 4 @ 1:00pm
@Legion, and anyone else interested: I tracked down the issue with some characters having "None" for their race. It's not a bug with CharEditLite, its a bug with Conan Exiles.

The problem is with the RaceTemplateDataTable data table. For some reason all Hyrkanian and Zingarian NPCs have "None" entered for their race field.

I made a mod that fixed RaceTemplateDataTable, and now I see the correct races with CharEditLite. Unfortunately it only works with new thralls that I capture. All my old Hyrkanian and Zingarian NPCs still have "None" for their race.
< >