Store Page
Transport Fever>  Workshop > Dicapitano's Workshop
This item has been removed from the community because it violates Steam Community & Content Guidelines. It is only visible to you. If you believe your item has been removed by mistake, please contact Steam Support.
This item is incompatible with Transport Fever. Please see the instructions page for reasons why this item might not work within Transport Fever.
Current visibility: Hidden
This item will only be visible to you, admins, and anyone marked as a creator.
Current visibility: Friends-only
This item will only be visible in searches to you, your friends, and admins. 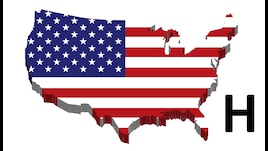 Dicapitano
Offline
See all 20 collections (some may be hidden)

This item has been added to your Subscriptions. Some games will require you to relaunch them before the item will be downloaded.
Description
In preparation for the performance mod, I have updated my Extra large map of the USA by adding a few additional towns that I felt were missing. North East and West Coast should be more busy now...!


ORIGINAL DESCRIPTION
Stretched the map to the limits of the game engine and added most important cities. For the sake of Gameplay, I took a bit of lycense as to choosing which cities to place and moved them around a little bit. You can decide to start in New York (easy) and build your network south and west. Alternatively you can set up base in Chicago (also easy) or on the West Coast (difficoult as cities at the start of the game are rather small).

As far as I see it, this is the map size where the game engine is really used to the optimum. You can have local truck and bus routes, but they will be impractical over longer distances. Trains are the best compromise, but as you start stretching the network beyond the midwest, passenger transport becomes unattractive and planes are the better choice.

In fact, it is a very good map for using planes on. Distances involved between east and west coast will make air transport more practical than rail or land transport. Also, I have tried an airport hub in middle America (close to Kansas City), and passengers where actually connecting through it from/to all corners of the States.

A fast PC is really recommended, although the recent patches have really improved the late game gameplay. The upcoming performance improvement patch (expected Sept 2017) shoud smothen things out even more.

This version has no industries, except for two that are the minimum requirement. You will need the industry mod in order to best use this map. Here below the link to the industry mod:
http://steamcommunity.com/sharedfiles/filedetails/?id=796227914&searchtext=industry+mod

As the map is so large, it will be a challenge to build an extensive transport network in any one era. I suggest you enable the Time Progression 2x times or (better) the 4x times slower. Here below the links:
http://steamcommunity.com/sharedfiles/filedetails/?id=794241013&searchtext=time
http://steamcommunity.com/sharedfiles/filedetails/?id=794240646&searchtext=time

themeatballhero Sep 11, 2018 @ 9:53pm
@gouthrodavid just remove all the industries minus 2 in notepad++ in your favorite maps. then just copy that map folder over to the mods folder and act like its a manually added mod, just don't share it on the workshop without the creator's permission though!

gouthrodavid Apr 14, 2018 @ 5:52am
we need more large maps like this without industries. good job. i wish i could find one of all of Canada.

TrainswithNick Apr 14, 2018 @ 3:15am
It is possible to add those textures in-game, but i don't know a way of doing varying textures at the map creation stage.

TrainswithNick Apr 14, 2018 @ 1:12am
Due to my gameplay style, I won't even consider a map with industries any more, unfortunately I think this particular map is beyond my system capabilities, but I love the idea of running 2km long trains everywhere across America, (I've made these lengths work on a smaller map in the past).
< >