Store Page
ARK: Survival Evolved>  Workshop > Lethal's Workshop
This item has been removed from the community because it violates Steam Community & Content Guidelines. It is only visible to you. If you believe your item has been removed by mistake, please contact Steam Support.
This item is incompatible with ARK: Survival Evolved. Please see the instructions page for reasons why this item might not work within ARK: Survival Evolved.
Current visibility: Hidden
This item will only be visible to you, admins, and anyone marked as a creator.
Current visibility: Friends-only
This item will only be visible in searches to you, your friends, and admins. 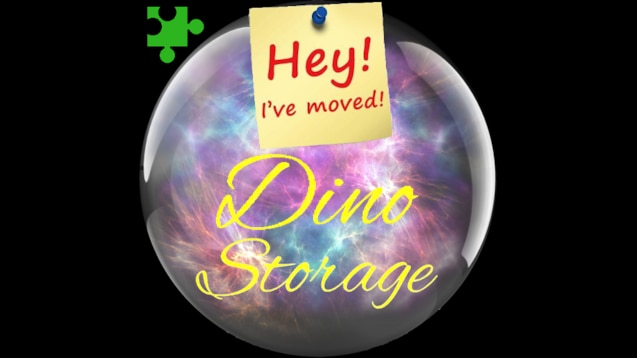 Lethal
Offline
See all 1363 collections (some may be hidden)

This item has been added to your Subscriptions. Some games will require you to relaunch them before the item will be downloaded.
Description
MOD ID: 1341173952

This Mod is Clean and Stackable.

This Mod Has Moved Here!
https://steamcommunity.com/sharedfiles/filedetails/?id=1609138312

This Mod Will Remain In The Workshop!
This mod used to be a shell used for recovery of v1 souls or releasing of them only. However, recent Ark changes to "spawn from dino data" will prevent release. I am leaving the workshop here as a means to provide support. If you want your v1 souls converted to v2, and thus able to be released... join my Discord[discord.gg] and I will convert your souls in Recovery.sav to be v2 souls.

Disclaimer
The release of Extinction introduced a large number of improvements for Dino Storage and the functions involved thanks to the Cryo Pod. Since so much has changed in regards to data type support and item behavior, I decided that it was best to start over with a revision 2 of the mod that you've all grown to love and adore. As such, you should treat this mod as a standalone to the new revision. While some items may look similar, they are indeed different and the items in the new revision are now all prefixed with DS tags.

It's been a long journey, and it's not over. We just need a new foundation. I've always welcomed your feedback and ideas, and challenged myself to see them become reality. I've always implemented changes with users in mind: what can be the easiest way, and what can be done. We've gone through 37 revisions, changes, improvements, and progress and with each change I always accounted for backward compatibility which meant if/or conditional checks for each change. I've worked with a lot of you, sometimes one on one to great lengths and in all of it, between the mod features and some general debugging, we rarely (do I say never?) lost any dinos to the void or had any major losses.

I know changing to a new mod ID, a new entity, is going to be tough. Tougher still that not even the recovery files are compatible. I assure you though, that the improvements in both performance and design will be more than worth the conversion. No longer do ~3,500 bytes need to be converted to strings on trapping and reversely converted to bytes again on release now that bytes themselves can be stored and there's a lot more "behind the scenes" improvements to be had too. I do apologize for the inconvenience, but I hope that you will transiton smoothly and hope more that you enjoy the improvements that the new revision brings.

This mod wouldn't be where it is today without you, the community. For that, I am eternally grateful. I hope to see you on the other side!