Store Page
Cortex Command>  Workshop > RandomCoderZ's Workshop
This item has been removed from the community because it violates Steam Community & Content Guidelines. It is only visible to you. If you believe your item has been removed by mistake, please contact Steam Support.
This item is incompatible with Cortex Command. Please see the instructions page for reasons why this item might not work within Cortex Command.
Current visibility: Hidden
This item will only be visible to you, admins, and anyone marked as a creator.
Current visibility: Friends-only
This item will only be visible in searches to you, your friends, and admins. 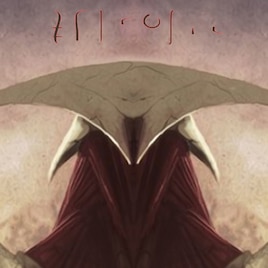 RandomCoderZ
Offline
See all 87 collections (some may be hidden)

This item has been added to your Subscriptions. Some games will require you to relaunch them before the item will be downloaded.
Description
"Muscles hold their hard and dry bones covering their bodies.
Twisted and evil flesh weapons and dangerous living explosives.
They come from a barren planet in another galaxy, nothing stops them as they conquer worlds all over different galaxies.
They already dominate countless galaxies. They communicate via telephathy.
This is Phirux."


This mod is actually quite special to me, the very reason for this is because this is an idea i had in mind during my early days of modding CC.
I wanted to create this waaay back, and so came the creation for the actor..
But I didnt get much farther than that because my modding skills were obviously not anywhere good back then.

During those times i switched PC's alot and I wiped my memory drives quite often..
Which of course led to alot of losses. I lost alot of CC mods ive made aswell as other important stuff.
Except for that image. Somehow that image survived from all the things that happened to my PC's. Saved in a memory stick.

Then this last year before i "Quit" modding. I continued on this mod again.
This has been lying around in my unfinished mod folder for quite some time.
I created a few more things and polished some of the old stuff.
And now i think its ready to be released to the community! Even if its small.

=:Philos Tor'am:= Feb 12 @ 1:11pm
Are these the bubbies who were once the yellowish green locusts that cocooned themselves to evolve?

RandomCoderZ  [author] Nov 6, 2018 @ 6:04am
I'm also clueless. Tried with my Extreme mod before, it involves alot of Lua and thats a weak point for me. It never worked so i dropped it.

They'd be great. I can't figure out how though.

Snake Aug 30, 2018 @ 2:46pm
here are some pictures of white pherexians: https://vignette.wikia.nocookie.net/gamelore/images/d/d1/Priests_of_Norn.jpg/revision/latest?cb=20130725235623
https://us.v-cdn.net/5021068/uploads/editor/7d/gc286qkza6ja.jpg
im just saying they are VeRy familiar to each other.
both have a planet dedicated to their race, both have muscles explosed,
but the bones for Phirux is white metal plates attached to their bodies for pherexians,
in new pherexia their leader is named Elesh Norn you have a character named as Elesh.

im not attacking you, im just pointing out the similarities. Have a nice day