Store Page
Stellaris>  Workshop > Kolyn's Workshop
This item has been removed from the community because it violates Steam Community & Content Guidelines. It is only visible to you. If you believe your item has been removed by mistake, please contact Steam Support.
This item is incompatible with Stellaris. Please see the instructions page for reasons why this item might not work within Stellaris.
Current visibility: Hidden
This item will only be visible to you, admins, and anyone marked as a creator.
Current visibility: Friends-only
This item will only be visible in searches to you, your friends, and admins. 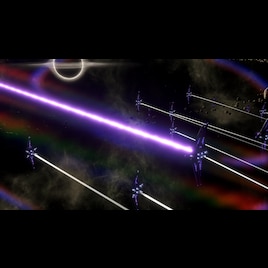 This item has been added to your Subscriptions. Some games will require you to relaunch them before the item will be downloaded.
In 1 collection by Kolyn
The Zenith of Fallen Empires 2.0: The Ultimate Edition

10 items
Description
Among the wreckages of the now Forgotten Empire, traces of the Great Crusade remain beneath the ancient ruins of its old capital. Several millennia later, still inside the precursor’s databanks are weapons designed in the final days of the last war. For the young and most inquisitive of Ascended Empires, these blueprints and concept drawings may prove to be a source of fascination, and the key to cement their technological advantage over the galaxy. While each Ascended Empire only saw in these weapons new ways to bring their rivals to their heels, they forget the development of these deadly weapons were ended for good reason, and some secrets are best left buried...


The Zenith of Fallen Empires: Fallen Weaponry introduces a number of late-game weapons and utilities through events as Ascended Empires scoured the ancient precursor worlds in search of knowledge and lost technologies. This mod imagines that each Fallen Empire had developed their own secret weapons, each intending to give their ancient rival one nasty surprise. This is an add-on component mod to The Zenith of Fallen Empires 2.0 and note that this mod requires the base mod to run.

Requires: The Zenith of Fallen Empires 2.0


###If you enjoy this functionality, don’t forget to rate and subscribe :)


If you support this project, visit my Patreon[www.patreon.com] to see if you would like to help out!
Popular Discussions View All (2)

I guess it's the one on top from those 2x shown @Popular Discussions. ZoFe Fallen Weaponry has latest comment put up about week ago so i'll check out that as well. I only guess those reasons what i wrote cause that person with numbers handle didn't write about Discussion area topics.

I also didn't think of looking into them above this chat cause never seen it necessary. Good to know now that some authors follow that way. I'll take a look later on week if you have that single donate assist option available.

Kolyn  [author] Mar 24, 2020 @ 7:40am
Or one reason for not replying might be because there's already dedicated discussion threads on the main mod's forum and the author already updates his current progress in the comments section there as well?

One reason for not replying could be that author unsubbed from this chat so not receiving notifications & not coming here to see how's chat going.

I won't be joining to patreons cause usually they're way too pricy, but will give random donations cause that's better way for many. Wish good path ahead for author & others. Hope these troubled times pass sooner than later.

420_blase_it Sep 30, 2019 @ 11:35pm
Could you potentially remake this submod (and goliath mod too) to be researched from the archaeological dig sites? It would remove annoying wait you have to endure if you gank the Fallen before you reach endgame date as well as negate the delay periods between the events.

Gideon Falcon Jun 2, 2019 @ 6:23pm
So why does the Full List of Features discussion not have any features listed?