Store Page
Crusader Kings II>  Workshop > Ah Rowan ma boot's Workshop
This item has been removed from the community because it violates Steam Community & Content Guidelines. It is only visible to you. If you believe your item has been removed by mistake, please contact Steam Support.
This item is incompatible with Crusader Kings II. Please see the instructions page for reasons why this item might not work within Crusader Kings II.
Current visibility: Hidden
This item will only be visible to you, admins, and anyone marked as a creator.
Current visibility: Friends-only
This item will only be visible in searches to you, your friends, and admins. 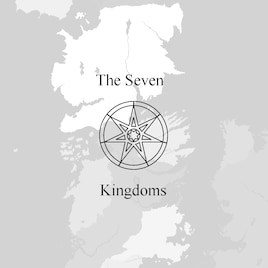 This item has been added to your Subscriptions. Some games will require you to relaunch them before the item will be downloaded.
In 1 collection by Ah Rowan ma boot
The Seven Kingdoms (TSK) Official Collection

If you enjoy this mod and appreciate the work put into it (countless hours), please rate it up, favourite and comment below to show appreciation for the collective efforts of our team and it's contributors!

You can find our discord here: https://discord.gg/xB5ng4T

Help! The mod isn't showing in the launcher!
This is not a mod related issue per se, but a steam related issue. It is more apparent with larger mod sizes and occurs when you subscribe with either the game launched, or when launching immediately after subbing.

Generally launching the game launcher and closing it down can help resolve this issue. If that doesn't help, then unsubscribe from the mod, launch and close the launcher, resubscribe and wait five minutes. If that doesn't resolve it, then we suggest restarting steam.

What DLCs are needed?
None! Although each of the available DLCs will undoubtedly add more depth to the mod.

Brought to you by the TSK team, we offer one of the largest and most detailed maps of Westeros - a good deal of it has been, so to speak, made up (such as the regions added beyond the wall, or many islands) to add additional detail and depth, but is by no means lore unfriendly. Indeed we take great effort to reflect upon the lore as accurately as possible.

Please note that this mod is in it's infancy, and is being worked on by a very small team of dedicated players - not full time developers - and thus there is much awry with it. When compared to other mods, it is most certainly rough around the edges and in dire need of refinement. However fear not! We are working on improving the mod day by day and have been integrating content from many wonderful developers in the PDX CK2 modding community. It may take months or even years to get to a good standard, but we hope it will get there some day.

In the meantime we value greatly the thoughts and opinions of all of our players, and eagerly take on board anyone who wishes to contribute! So please feed back to us, and if you can help in any way we'd be more than happy to take on board anything you can provide.

Feature Highlights
Recommended Mods
Credits
Credits will be updated shortly, as assets (with permission) from a number of other authors have been included recently (Warhammer, Winter King, HIP/EMF) - for now most credits are within the packaged readme.

You can also find us on the Paradox Forums (login required): https://forum.paradoxplaza.com/forum/index.php?threads/relz-the-seven-kingdoms.1023743/

Jad Sep 16 @ 6:37am
i hope you guys still update this great mod there an issue when you declare a dejure ware for a whole duchy you dont get the duchy only prestige

Cake Sep 13 @ 12:28am
I also have this issue: When I start a new game I only get 3 dates and the map is incomplete, missing many provinces.

The 3 I have are the Age of Heroes, the Andal Invasion, and Nymeria's Landing. There are others, right?

Cactorum Rex Sep 5 @ 3:53pm
I think some of the retinue modifiers are a bit messed up, for example the knight retinue gives archers but it still gives knight boni

Harvo Aug 31 @ 3:52am
for some reason i cannot create the empire of the reach despite having the requirements to do so, please help?

EdgyUnhold Aug 27 @ 5:56am
what i dont get is wy you can creat most of the kingdoms but not the north...

Nioe1995 Aug 23 @ 5:12pm
Playing as Lys Republic is bugged that it is impossible to inherit

EdgyUnhold Aug 23 @ 11:53am
@wiliye the mod is still in beta ... look at the description of the start dates only one of them is finished(kinda

Wiliye Aug 23 @ 11:23am
When I start a new game I only get 3 dates and the map is incomplete, missing many provinces. Why is this? I've unsubscribed and re-subscribed.
< >