Store Page
Legend of Grimrock>  Workshop > Komag's Workshop
This item has been removed from the community because it violates Steam Community & Content Guidelines. It is only visible to you. If you believe your item has been removed by mistake, please contact Steam Support.
This item is incompatible with Legend of Grimrock. Please see the instructions page for reasons why this item might not work within Legend of Grimrock.
Current visibility: Hidden
This item will only be visible to you, admins, and anyone marked as a creator.
Current visibility: Friends-only
This item will only be visible in searches to you, your friends, and admins. 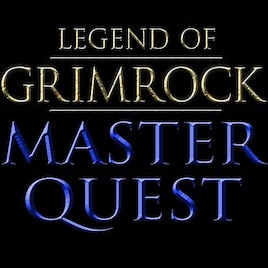 Komag
Offline
See all 50 collections (some may be hidden)

This item has been added to your Subscriptions. Some games will require you to relaunch them before the item will be downloaded.
Description
Oct 31, 2013 - version 1.4

Legend of Grimrock - Master Quest is a complete re-working of the entire original game with tons of new puzzles, updated dungeon designs, unique story elements, and more. It has been referred to as "Grimrock on Steroids" and "Grimrock 1.5"

The source files are available as a separate download on Grimrock Nexus (grimrock.nexusmods.com/mods/239), including the main dungeon editor file and many supporting files.

- The overarching dungeon layout is similar, but there are lots of local changes to specific rooms, and some completely new areas have been added as well.
- Original assets were used for the most part, with a few notable exceptions (such as Daniv's excellent wall set variations).
- Most major items have been moved.
- Puzzles have been generally "upgraded".
- The base difficulty level is increased:
* stronger monsters
* more monsters
* trickier puzzles (some with added clues)
- The difficulty (and XP awarded) scales up dramatically according to the average level of the champions at the start (a one-time basis), so you can import your original Grimrock dungeon party and continue your adventure and advancement.
- There is increased replayability as high-level imported parties can expect to gain around 9 or 10 additional levels, and a variety of new skill tomes also add to the progression.
- The dungeon scaling is designed to work well for parties starting out from level 1 up to level 25 or so, with the high end earning their way up to around level 35 by the end. This provides a unique chance to max-out multiple skills which really changes the strategy and approach to playing Grimrock.
- A whole new "loot" system has been added which tells you how much wealth your party has accumulated from the dungeon!
- Every item in the game has judiciously been assigned a loot value, adding a new dimension to inventory decisions about what to toss and what to keep.
- Your party will periodically be "ranked" and titled according to your current loot total, with a final accounting and verdict issued near the end of the game.
- A new armor set system has been worked in, rewarding you with interesting stat and condition bonuses if you can collect and equip any of six different complete armor sets.
- An entirely new side storyline has been added (Lord Perel's failed expedition), and other lengthy writings have been expanded upon or added containing new lore and background fiction.
- Earthquakes play a bigger role and affect the party, monsters, and the surrounding environment.
- Spell scrolls now grant a small skill or stat bonus, so they are not totally worthless.
- Two new bosses await your challenge! (One is optional)
- The original 71 secrets have been greatly expanded to 120.
- There is an extended end-game denouement that takes place after the events of the original last battle, ultimately leading to a final frenetic escape from Mount Grimrock.
- A "Quick Action Bar" has been implemented to allow for handy gear swapping and fast potion quaffing.
- Many other small changes, additions, improvements, etc, have been made to the original labyrinth.
----------


This project began as a precise re-creation of the original Legend of Grimrock dungeon with all its puzzles and scripting, largely as an exercise in mastering the editor. As I neared completion of that monumental task, I asked myself "Self, aren't people bored of the original game by now?". So I figured, why not pull a "Zelda" and create a changed-up re-imagined harder version and call it the Master Quest?

For the most part things will feel very familiar to the original game while offering a ton of fresh changes and cool extras to give you a revitalized Legend of Grimrock experience!

Feel free to contact me (official Grimrock forums) with any comments or bugs/problems you find, how you liked or didn't like the puzzles, clues, fights, story, etc, or anything else.

PS - If your console is enabled you have the option to turn on all the debug print messages I used to figure out how things were working or not. Simply press Z and X at the same time to toggle them on/off. Warning - the debug messages may contain many spoilers.

A detailed walkthrough and a full list of secrets and collection items (with pictures and descriptions of how to get each one) can be found here:
www.grimrock.net/forum/viewtopic.php?f=14&t=5214
----------

Komag  [author] Nov 15 @ 10:13am
Yeah, sorry, all those years ago I just lazily never finished the walk-through, and sadly that will never happen now!

Kapeesh44 Oct 13 @ 11:02am
Hello really enjoying the mod so far, but i am stuck on a secret on lvl 7. From the guide it is secret (7-12-70 NW room - bracelet of Tirin) I found the button to open the door that was the easy bit but after guide simply reads 'make way back around to W side' with no indication on actually how to make it over. Also I notice the basic non-secret part of the walkthrough at the top of the guide seems to just cut off halfway through lvl 7? Unless I need to go deeper to come back up somehow via the teleporter there but i have done most of lvl 8 at this point?
]Any tips appreciated

Komag  [author] Jul 10 @ 7:21pm
You should play the regular game first - this mod changes tons of things. Then import your final party and start this mod at that higher level starting level.

TraveleroftheVoid Jun 23 @ 12:36pm
Going to play through for the first time. Should I just start with this mod installed? Or would i be missing out on things from the unmodded version?

Komag  [author] Feb 12 @ 8:21am
Cookie - sorry, not possible, just visual candy for the last big room there.
Thunda Gawd and harpo, glad you were able to get past those tough spots, quite an accomplishment. I didn't want to make things too easy, I'm kinda old-school that way.

Cookie Jan 7 @ 2:57pm
Yep, i am almost there also, just have to jump to the end BUT, plz Komag how to get to that secret area on level 15? A bit higher, there are stairs, blue gem and boots and also bridge on uppe floor, which is visible while on level 15, but it seems like level 14. I have no idea how to get there. Any hint please? :-) Best mod ever btw. Thank you!

harpo Dec 24, 2020 @ 1:24pm
Never mind, I got it. Yes, I had to get the one from the north to start first by standing for a sec by the switch, then move back one to get the other started and go left to the plate to open the gate.

harpo Dec 24, 2020 @ 1:18pm
Tks, I have tried just about every way possible. It seems like if I hit the one button to release both and then get out of the way, the one running from the north to south runs into the other. Also if I try to get out of the way I get hit by the bolts. I guess I will keep trying. The only way I can get out of the way would be to the right unless I move left to the plate that opens the one gate. Is that what one is supposed to do? Komag, where are you?
< >