Greenlight > Games > YCG's Workshop
Greenlight is being retired. For more information on how to submit games to steam, refer to this blog post.
This item has been removed from the community because it violates Steam Community & Content Guidelines. It is only visible to you. If you believe your item has been removed by mistake, please contact Steam Support.
This item is incompatible with Greenlight. Please see the instructions page for reasons why this item might not work within Greenlight.
Current visibility: Hidden
This item will only be visible to you, admins, and anyone marked as a creator.
Current visibility: Friends-only
This item will only be visible in searches to you, your friends, and admins.
Shovel Knight
Description Discussions22 Announcements8 Comments1205 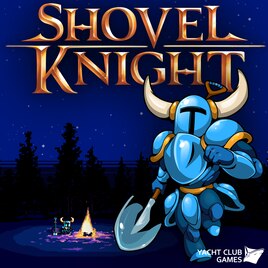 YCG
Offline
See all 223 collections (some may be hidden)
Kickstarter

View Shovel Knight in the store 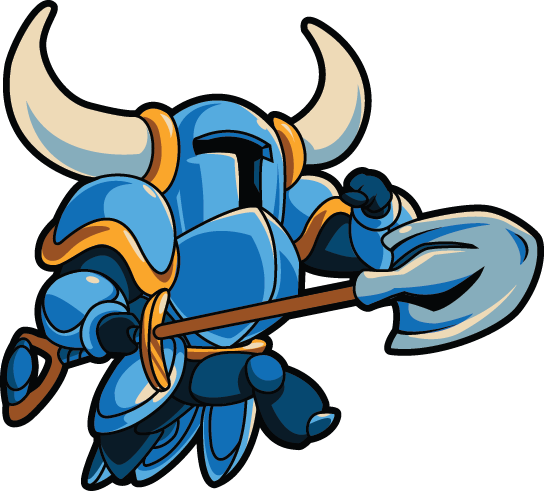 We hit alpha this week! Wooo! While this is exciting news for us, lots of people were left scratching their heads… what exactly is an Alpha, you ask?

That answer changes a lot depending on the studio, but for us it means we have first pass completion of all content in the game. All features are implemented. All levels are playable. All bosses are fightable. All items are gettable! Everything is there. You can play the entire game from front to back. It’s all real!

The next step is heading towards beta. For us, beta means we will have all of that content finished, and the only outstanding issues in the game will be fixing small bugs and issues that remain. In the remaining weeks, our time will be spent doing playthroughs, playtesting, balance, iteration, polish, dialog, localization, testing, certification...exciting stuff. The polish that happens now is one of the most important phases of development!

And if you’re wondering why it took so long, let’s just say the game got a lot bigger than we originally intended, and we think everyone will be happy with that! To celebrate this achievement, we created a NEW TRAILER...but you can’t see it here...keep reading...

The new www.yachtclubgames.com is up!

Did you ever look at our web site and think it was a little… lacking? Maybe it was ironically bad, and we needed some spinning skull gifs or a harsher color scheme to really make your eyes hurt. Yeah, we knew it wasn’t so great…

Well, bleed from your eyes no more! We have totally retooled our web site into a destination for all things Yacht Club and Shovel Knight related! Videos, news, streaming schedules, character spotlights, insight into our design process, blogs about games, and general video game love will all be present here. We have a few posts already up there to start us off! So come on! Visit the new site!

NEW TRAILER!!
A moment of great excitement has occurred. To see the new trailer, go to our blog post about it!

Hello again, Shovelers and Shovelettes!! The team here is all hard at work on the remaining stretch of Shovel Knight so that it can magically arrive on your digital doorstep later this Winter. In the meantime, we just finished up our Dig The Vote campaign to decide which three Boss Knights will be playable in our alternate campaign mode update. I hope you like to bomb jump, strut, and look awesome!

#1: Specter Knight
The immortal and immaterial terror, Specter Knight, took first place easily! Now, his fate in the campaign is sealed. Get ready for scythe swinging and frail floating... it’s hard to resist the allure of the undead.

#3: King Knight
What!? This has to be a trick. We all know King Knight is a cheater, so we counted and recounted. Either the ballot stuffing was very well done, or everyone truly loves the Sultan of Swagger! King Knight triumphantly joins the campaign (and steals center stage for the illustration too!)

Fun Fact: Propeller Knight was the next in line at #4. So close!

Another Fun Fact: the Enchantress was very polarizing! She receiving many first place votes (more than Plague Knight!), but she also received the most last place votes, which knocked her out of the running with the way our votes were weighted. Love her or hate her, we suppose!

You can read up on all of the playstyle ideas right here[yachtclubgames.com]! Of course, all Boss Knights will bce playable in our future Battle Mode update. The perfect arena to show everyone who's boss!

Thanks for staying tuned everyone! Until next time!
Read More
Description
Release date: June 26th, 2014 (for real this time)
Shovel Knight is a sweeping classic action adventure game with awesome gameplay, memorable characters, and an 8-bit retro aesthetic. It's a hot mashup of new and old that may remind you of Mega Man, Castlevania, or Dark Souls! You play as the eponymous Shovel Knight, a small knight with a huge quest. Shovel Knight has come to this valley with two goals: to defeat the evil Enchantress and save his lost beloved. He wields a ShovelBlade; a multipurpose weapon whose techniques have now been lost to the ages. Always honest and helpful, Shovel Knight is a shining example of the code of Shovelry: Slash Mercilessly and Dig Tirelessly!

However, between Shovel Knight and his beloved stands a cadre of villainous knights. These terrible foes, known as The Order of No Quarter, have been dispatched to prevent Shovel Knight from reaching the Enchantress at any cost!

If you love games with perfect platforming, beautiful art, infectious music, crazy bosses, and real heart… Shovel Knight is for you!

MrCrossa Jan 9, 2016 @ 8:58pm
Any plans for PC exclusive content? A boss fight against GLaDOS or a TF2 item + themed level where you face off against the RED team in a similar fashion to Xbox One's BattleToads level? (SK IS blue by default)

YCG  [author] Aug 16, 2014 @ 9:15pm
@Oat Meal
We're only as good as everyone lets us be! Channeling the positive energies of the universe! That's high praise though, haha. I can't believe we pulled past MMX! Hope we can continue to up the ante in future updates!

@MR.stampede
Totally understand! Thanks for helping your friend get a hold of the game too. :)

Shovel Knight has been Greenlit and is now listed in the Steam store. For the latest information, purchase options, and discussions for Shovel Knight, please see it on the Steam Store or in the Steam Community.
Visit Store Page
For more details Visit Community Hub
For latest discussions
If you really, really want to, you can continue to the Greenlight page. Information on this page may be out of date, since all the action has moved to the areas noted above.