Store Page
Day of Infamy >  Workshop > Christian's Workshop
This item has been removed from the community because it violates Steam Community & Content Guidelines. It is only visible to you. If you believe your item has been removed by mistake, please contact Steam Support.
This item is incompatible with Day of Infamy. Please see the instructions page for reasons why this item might not work within Day of Infamy.
Current visibility: Hidden
This item will only be visible to you, admins, and anyone marked as a creator.
Current visibility: Friends-only
This item will only be visible in searches to you, your friends, and admins. 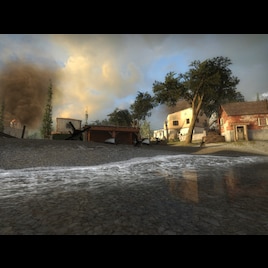 Christian
Offline
See all 49 collections (some may be hidden)

This item has been added to your Subscriptions. Some games will require you to relaunch them before the item will be downloaded.
Description
PLEASE RATE so the map has a chance on the Workshop hub - thanks!

A German counterattack is imminent. After landing at Anzio, the Americans have managed to push into the adjacent city of Nettuno and dig in for several days. The Allies are exhausted from constant German shelling, but they know holding their ground is imperative, as their territory will become increasingly claustrophobic as they are pushed back.


This map was originally an entry for the Mapcore DoI mapping contest, but has gone through extensive gameplay and design changes, including the new Italian setting. It is now primarily an Invasion/Offensive map.

- Includes a Puma model created by Spycer as part of his DoI vehicles pack.
https://steamcommunity.com/sharedfiles/filedetails/?id=751780908

- Huge thanks to the mappers on the DoI modding Discord server for all their help, especially Nikko, Mark, Gorge, Jeff Goldblum, and everyone else who helped playtest.
< >
37 Comments

Jet=Boomer Aug 30 @ 8:46am
Hey i was wondering if i can recive permission to port this awesome map of urs into gmod

McDude73 Apr 21, 2018 @ 12:30am
I think this map works nicely. I just played it just a bit earlier before sending this comment on Stronghold.

Overall, the map is nice and stable when it comes to design and all that. I'm excited to see what other possible modes might be added!

Christian  [author] Apr 13, 2018 @ 1:56pm
Further tweaks from WeB playtesting on Stronghold:
- C is now only the back portion of the church basement
- Fixed missing nav map (hopefully not lying this time)
- Can no longer cap A while in the attic area
- Misc fixes

- Added support for Stronghold (coop)
- Worked on the nav mesh. Bots can now go up the church tower, as well as naviage some areas they couldn't before. Also fixed several stuck spots.
- Fixed a glitch where the fountain water would disappear
- Misc bug fixes
< >