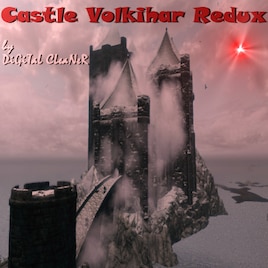 DiGiTaL CLeaNeR
Offline
See all 2043 collections (some may be hidden)
You need DLC to use this item.

This item has been added to your Subscriptions. Some games will require you to relaunch them before the item will be downloaded.
Description
Castle Volkihar Redux Skyrim Special Edition IS NOW LIVE on Bethesda's new Mod site! https://mods.bethesda.net/#en/workshop/skyrim/mod-detail/3065932 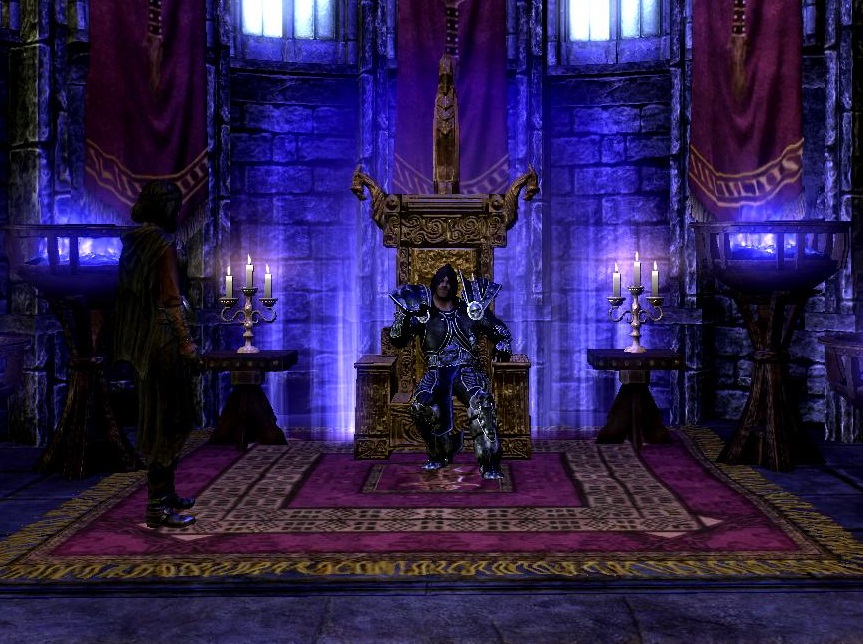 Prior to Harkon's rule his older brother Brunar was the head of the Volkihar family. After becoming vampires a power struggle began. Harkon created a powerful vampire army, stormed the castle and magically sealed Brunar and his small band of loyal coven members away in the family tombs.
If you are able to acquire Auriels Bow you must find the coven and set them free.Thus begins your own journey not only to restore the castle beyond it's former glory but to reign as the supreme overlord of Skyrim. You can now build your own army of Draugrs, Gargoyles and Vampires.

*Did you finish Dawnguard and wonder why Castle Volkihar didnt upgrade?
*Did you think the blocked portals would open up into a real homestead?
*Then look no further, this mod does exactly that and more, read on!

ADDED FOLLOWERS:
Once the castle is yours Draugr guards and a new vampire coven members loyal to you will begin to patrol the castle inside and out. Some new followers are gained through quests. Additional Draugr sentries can also be added through a quest.

CRAFTING:
Castle Volkihar Redux not only offers access to every kind of crafting station in the game, you will be provided with a special 25% bonus when using them! There are new primary crafting stations such as a Forge, Alchemy Tables and Enchanting stations. A Wood Chopping Block can be found on the upper tier of the shipyard and Cooking Pots. 4 unique Blood Cauldron/Buckets to brew blood potions are spread throughout the castle.

DISPLAY AND STORAGE:
You will find mannequins, weapon/racks, chests, display cases, and much more throughout the Castle. You will want to visit the North Tower Vault which is specifically designed for the safe storage of your items & display's for your Dragon Priest Masks and Dragon Claws. A bust of change your face can also be found in the North Tower's bathing area. One will also unlock the Daedric South Tower through a quest (The Forgotten Tower). It provides uniquel display's for most all Daedric items found within Skyrim including Dragon Scrolls.

FAST TRAVEL:
Knowledge of teleportation magic has been added from the soul cairn. This teleportation wing is known as 'Teleport Tower West'. It is located in Valerica's Tower. It can be found by using any of the teleporter pads found in each wing of the castle. It includes two teleportation networks, one for the castle internally and one to six major cities throughout Tamriel. A spell tome that teaches the spell 'return to castle Volkihar' can be found in this very wing.

*The Castle's Shipyard and it's boats have been restored. You can use them to travel to the shores of Tamriel.
*There is a portal to the Forgotten Vale in the castle tombs found during the quest 'Fortify Volkihar'.
*Two fast travel markers are also added. One in the Shipyard and one on the East Tower balcony.

INCOME:
A 5,000 gold monthly income has been added when the quest 'Port of Call' is completed. Visit Captain Wheeler each month to collect it.

*Several dungeons have been added. A Gargoyle Lair, secret cave and a few vampire lairs which must be cleared out to inhabit.

SHRINES:
Two Molag Bal shrines are added to the castle. But let it be known that the blessing from Molag Bal trumps all those other lesser daedric blessings combined. When Molag Bal bestows his chosen with a blessing, he wants them stronger than any foe in the known planes of existence. These shrines are found in Harkon's Cathedral off of the Keep & inside the Temple of Molag Bal in Valerica's Tower.

TRADERS AND MERCHANTS:
*The Undercroft will be upgraded into a flea market with added merchants. The castle now hosts every type of vendor found in the game. You will find a Blacksmith at the Shipyard, an alchemist trainer in the East Tower Alchemy Bazaar (foyer) and many more inside the Undercroft.

QUESTS:
It's good to be king
Fortify Volkihar
Releasing the Coven
Port of Call
The Forgotten Tower
Keep em Coming
The Smell of Death (Starts in Solitude - hideout for starter vampires)

UNIQUE ITEMS:
Robes of the minions of Molag Bal. These highly enchanted robes help his minions carry out his desires throughout the plane of Tamriel and beyond. The robes (crafted in Coldharbour the realm of Molag Bal) are 2nd to none for mages, warriors and thieves. The robes are also craftable at the shipyard smith under misc should you want to create un-enchanted versions or to cloth new initiates you bring into the fold. A custom vampiric horse can be found in a small stable near the shipyard docks, two ethereal swords are found during the quest 'It's Good To Be King'.

*Custom Family Home - A Hearthfires adoption and wife moving mod! Yes you can now move your kids into Castle Volkihar with this mod!
*Axe of Disintegration (deletes corpses! A MUST HAVE!)
*Robes of Molag Bal
*Attitude Adjustment
*Ridin Dirty (one of my favorites)

This mod could not have been made without help from the following: NTAPZ 12 hours ago
is this only for vampire side?

dj1darrell Jul 16 @ 11:08am
Greatest mod for all vampires it needs to be on best website not corporate corrupted please upload this to https://www.nexusmods.com/skyrimspecialedition/ where skyrim grandma follower is available

DiGiTaL CLeaNeR  [author] Jun 30 @ 11:11am
Hey ElderGame1, it wasn't Bethesda I had any issue with at all. I was always a faithful fan of them. They made modding possible and opened up their tools for us to use. It was the bulk of the community that had an absolute spaz attack about people being able to sell mods. I had plans, a ton of them. There would have been such great content for pennies on the dollar, but they couldn't see that part. All they could see is "my free shit will be gone". Which it wouldn't at all. Authors/Publishers of mods have to prove themselves worthy of a price. No one was forcing them to buy anything. Lame sauce.

I would never call my mods professional, I left a few bugs in and stopped working on them after that whole no paid mods debacle. Really, it turned me off to sharing my work.

ElderGamer1 Jun 18 @ 5:00am
Hello my Friend, DiGiTaL CLeaNeR...IT's been a great while but I will always stop in to say Hi when I am playing on Steam. Did you get the Award I sent you for this Game? I would not have asked but I think I may have screwed up. I remembered how you did not feel acknowledged by Beth. for you totally professional Works so at least I was going for a smile from the "Author".TG for Spell CK, LOL! Hope you are staying healthy n Happy ,Your Friend... ElderGamer1

DiGiTaL CLeaNeR  [author] May 13 @ 10:03am
I will never post a mod on the nexus. I probably will never make anymore mods anyway.

unnamed May 9 @ 9:16am
Ah, thank you. :) If you ever happen to find the time, a death-hound only version for Special Edition on Nexus Mods would be A+ :)