Greenlight > Games > Nocturnal Works's Workshop
Greenlight is being retired. For more information on how to submit games to steam, refer to this blog post.
This item has been removed from the community because it violates Steam Community & Content Guidelines. It is only visible to you. If you believe your item has been removed by mistake, please contact Steam Support.
This item is incompatible with Greenlight. Please see the instructions page for reasons why this item might not work within Greenlight.
Current visibility: Hidden
This item will only be visible to you, admins, and anyone marked as a creator.
Current visibility: Friends-only
This item will only be visible in searches to you, your friends, and admins.
Eleusis
Description Discussions8 Announcements4 Comments700 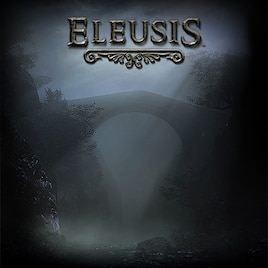 Nocturnal Works
Offline
See all 116 collections (some may be hidden)

View Eleusis in the store

We are very happy to announce that with your support Eleusis is now Greenlit and soon you will be able to enjoy it on Steam. Thank you all!

The new update of Eleusis is finally here. Unlike in previous updates, version 1.2 introduces all-new gameplay elements to enhance the overall gaming experience. Venturing through the forest is now most unsettling due to new hazards. The player acquires the ability to throw items to defend himself. He can use stealth tactics and agility to survive.

Read More
Description
Release date: Available now
Description
Eleusis is a 3d first-person adventure game for Windows developed by Nocturnal Works using the technology of the unreal engine. It takes place in a seemingly abandoned village in Greece where the player character, while trying to seek refuge, finds himself in the center of a whirlwind of mysterious events.As the plot unfolds he finds clues that indicate that the village is a nest of a cult which plans to revive a dark force through an ancient ritual and harness its power. The player character faces the challenge of unlocking the forgotten knowledge of the ancient mysteries in order to stop the cult from accomplishing their goal.

It is a story-driven game with emphasis on exploration, information gathering and also includes horror-survival elements. The player is called to solve inventory item based puzzles in order to proceed to unlock new areas and solve the mystery. The game’s puzzles are made to challenge the player and are based on actual history, mythology and technology of ancient Greece. The player also needs to be cautious and use stealth tactics and agility to survive the threats looming the area.

Will i get a steam-key from Eleusis if i bought it on Desura ?
Excuritas

marianne~ May 27, 2014 @ 6:46am
I would have bought this game except for the auto-saves which I understand are infrequent. I don't care for auto-saves to begin with. But it sure looks like a game I would have enjoyed.

Eleusis has been Greenlit and is now listed in the Steam store. For the latest information, purchase options, and discussions for Eleusis, please see it on the Steam Store or in the Steam Community.
Visit Store Page
For more details Visit Community Hub
For latest discussions
If you really, really want to, you can continue to the Greenlight page. Information on this page may be out of date, since all the action has moved to the areas noted above.