Store Page
Arma 3>  Workshop > T!T!'s Workshop
This item has been removed from the community because it violates Steam Community & Content Guidelines. It is only visible to you. If you believe your item has been removed by mistake, please contact Steam Support.
This item is incompatible with Arma 3. Please see the instructions page for reasons why this item might not work within Arma 3.
Current visibility: Hidden
This item will only be visible to you, admins, and anyone marked as a creator.
Current visibility: Friends-only
This item will only be visible in searches to you, your friends, and admins. 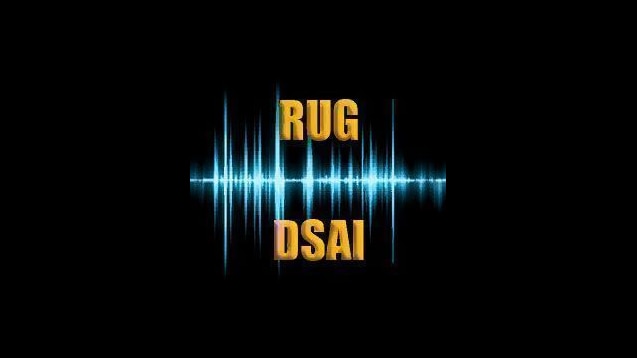 T!T!
Offline
See all 80 collections (some may be hidden)

This item has been added to your Subscriptions. Some games will require you to relaunch them before the item will be downloaded.
Description
DYNAMIC SOUND AI for ARMA 3


------------------------------------------
Features:
* Ready made scripts for Dynamic Sound AI that is easily modifiable by the end-user.
* Your AI will shout curses at the enemy, tell you when they're reloading, throwing a grenade, engaging, when they're hurt, fleeing or when they've scored a big kill! And much more.
* Works in both SP, client-side MP and server-side MP
* Features English, Arab, Russian, Spanish and german voices
* Can assign voices to all sides (BLUFOR, OPFOR, Independent, Civilian, SideEnemy)
* Easily activated/deactived by mission makers, addon makers or server admins as required, using global variables and config entries (see below for more information)
* Auto-initialization using CBA (fully CBA compatible)
* Factions Auto detection voices for vanilla, RHS, CUP & IFA. (no need to open mission to add command line but old way works yet see optional below)
* CBA setting to enable or diseable sentences in addon configuration
* No further langage will be added
* Serverkey included

v1.5
- Base classes cleaned for RHS and IFA in CfgFactionClasses to evoid inheritance conflic
Thanks to Dystopian1 & Kju

v1.2
- Fixed the old reload shouts (now sound is heard after AI reload weapon for real)
- Fixed bug in water where Ai were able to talk underwater if they start in and lost theirs voices when exiting it
- Fixed CBA settings to enable or disable sentences in rug dsai addon configuration page in game (now it appears and can be easily changed)
Thanks to LarsAspra & Leopard20

v1.1
- Added language configuration per factions (vanilla, RHS, CUP). These factions don't need to be configured by mission designer and units speak automatically in any mission
- Added "Disable sentences" CBA setting in "DSAI" category, checked by default
- Optimized much code (init mainly)
- Some scheduled code is replaced with unscheduled counterpart
Thanks to Dystopian1 for these new features


v1.01
1- Changed eventhandlers command in .cpp
2- Reduced levels of some english sounds
3- Deleted lip files (Credits to Tomolyons for finding the issue, thanks a lot)


v1.00
1- Reworked base scripts (A2 to A3 and bugs corrected)
2- Deleting entries of missing sounds
3- Adjusted some levels sounds
4- New serverkey

To select voices in old way that have to be played in game, create game logic somewhere in your scenario (thanks to Alex840 for MP issue) and put in it's init field the array (example as below):


- You should notice your teammates talking a lot more now (note: only English voices are extensive, the other languages are mostly combat-oriented)

- Community Base addons A3

T!T!  [author] Jun 6 @ 1:41am
works automaticaly for some factions (see list on bohemia page) or use a game logic on map to force any side talking (see command line above). Read all I have written above and on bohemia page.

xray Jun 5 @ 9:51pm
For me, seems to only work on cup and vanilla maps. For example, Ai don't have the battle chatter in DRO lingor, but they do in chernarus

xray Jun 3 @ 1:28pm
Loaded up the mod. Enabled radio. And there's no ambient voices or battle chatter for ai.

T!T!  [author] Jun 2 @ 10:43pm
- To enable radio chat go to addon configuration panel and deselect it, but it's weird with both languages.
- This mod doesn't run for Unsung (It wasn't allowed to import unsung voices)
- This mod runs for Arma3, IFA3 mod and some others mods. See factions list on bohemia forum page.
- Factions determine which voices will be cast automatically and the only possibility to change voices is to overwrite them via mission editor by gamelogic as quoted above.

FriendlyCanadian Jun 2 @ 1:03pm
does this work with unsung?

Stefann Apr 3 @ 11:18am
Hello, thanks for this nice mod. Can i somehow enable the default radio chat ? It looks like this mod disables all of the default AI radio voices.
< >