Store Page
Hurtworld>  Workshop > ZTIF's Workshop
This item has been removed from the community because it violates Steam Community & Content Guidelines. It is only visible to you. If you believe your item has been removed by mistake, please contact Steam Support.
This item is incompatible with Hurtworld. Please see the instructions page for reasons why this item might not work within Hurtworld.
Current visibility: Hidden
This item will only be visible to you, admins, and anyone marked as a creator.
Current visibility: Friends-only
This item will only be visible in searches to you, your friends, and admins. 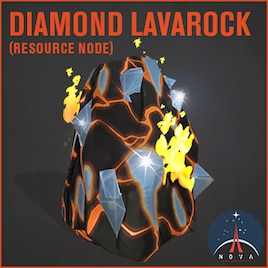 This item has been added to your Subscriptions. Some games will require you to relaunch them before the item will be downloaded.
In 1 collection by ZTIF
NovaCorp v2 Mods

[Internal Memo #23] -- NovaCorp geological research team
Natural diamond production begins deep beneath the planet's oldest continents, where it's lithosphere can extend to depths of 200 kilometers and the pressure is 60,000 times greater than the surface, where the temperature is over 1500 degrees Celcius.

There, in the depths of darkness, a type of material called Kimberlite magma forces its way up from deeper in the planet's mantle, cracking the solid rock and creating a superheated volcanic vent called a diatreme. As it rises, the magma collects fragments of rocks, like floodwaters picking up silt and gravel. Some of these fragments contain diamonds or diamond dust in great quality for our drilling products and the armoured Diamond Glass Walls.

Our preliminary research has found that the newly erupted Kimberlite is still extremely hazardous to approach as it is holding a steady 800 degrees Celcius with clearly visible ultramafic magma veins. To mine the upper mantle xenoliths and diamonds that are found in some kimberlite one would need to use ultra strong pick-axes and preferably heat suppressing safety gear.

Installation
Server owners are required to add the following line(s) to their autoexec file. (This mod is for v2 only)

NOTE: This mod adds a source of diamond dust to your server, an item that doesn't have any item drain in the current version of Hurtworld. It's therefore advised that you also install this mod Diamond Glass Walls which allows you to build strong glass window walls using the Diamond Dust. This mod also requires the MultiCrafter4000 to be installed.

Organizational News
NovaCorp is currently developing a full game of our own, called MechWorld which you can follow at http://mechworld.io - This means that updates to existing mods and new mods for Hurtworld is no longer our main priority, and it might take time to fix issues between Hurtworld patches that causes things to break.

Unfortunately there are some individuals in this community who completely lack the imagination to come up with original ideas or concepts and who instead choose to plagiarize and steal other peoples work, claiming ownership and even trying to profit from it, be it scripts, mods or other projects.
So in an effort to keep the workshop and community healthy and creative, this mod - as with all future NovaCorp mods will not be compatible with any mods released by "altcom". Furthermore players entering an official NovaCorp server while being a member of their group on steam will get automatically banned.

Boycott copycats and their sub-standard quality. Instead support the true creators by joining the NovaCorp steamgroup where you will also receive important information about news and updates that might require you to perform a server-restart or otherwise update your files.
If you have any feedback or want to chat or check out on-going projects, you can connect with us on Discord[discord.io]

If you use and enjoy the mods we make, you can consider becoming a supporter by subscribing at Patreon[www.patreon.com] - which would help a lot in covering the expenses involved and gives you a variety of perks and rewards!

ano0bis Jan 25, 2018 @ 7:15am
You make the best mods on hurtworld I hope you keep it up. Maybe when itemsv2 is more stable you will see more people online to play your mods, but atm v2 is too buggy and v1 is too outdated for people to want to play as often as they did.