Store Page
Legend of Grimrock>  Workshop > LocalFire's Workshop
This item has been removed from the community because it violates Steam Community & Content Guidelines. It is only visible to you. If you believe your item has been removed by mistake, please contact Steam Support.
This item is incompatible with Legend of Grimrock. Please see the instructions page for reasons why this item might not work within Legend of Grimrock.
Current visibility: Hidden
This item will only be visible to you, admins, and anyone marked as a creator.
Current visibility: Friends-only
This item will only be visible in searches to you, your friends, and admins. 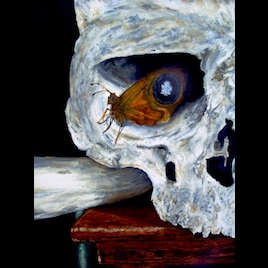 This item has been added to your Subscriptions. Some games will require you to relaunch them before the item will be downloaded.
In 1 collection by LocalFire
Mortalis series

3 items
Description
There are many paths to power, strength of arm and command of men; a subtle mind and skilled tongue; The Dagger in the Darkness; but for those who seek arcane knowledge there is the path of the mind, a life dedicated to study. But what good is such strength if it comes too late? Beneath the college of Shadowmere there is another way, by tradition those who choose this path are acknowledged as masters of the art magic and afforded all rights and privileges accorded to that rank. None can remember the last to set foot in the deep halls; if you seek power arcane then dare you walk The Paths of the Earth?

I've tried to make this bug free but considering this is my first mod (for LoG) it will probably have some problems as I'm still learning to use these tools, if you run into any please let me know.

Thanks go to the following for use of their custom assets snd/or scripting help:


Grimrock Community for general scripting help, I had very little idea what I was doing, so the forums really helped.

UPDATE:
1.Removed Extra lanterns from Lvl 9 to reduce slowdown
2.Removed lanterns from Scribes quarters to reduce slowdown
3.Corrected spelling on scroll in refinery
4.Added items
5.Altered scripts in the scribes challenge, now they accept any correct answer
6.Removed test items from Scribes challenge
7.Fixed the torch on Lvl 1 so it no longer gives infinite EXP
8.Fixed Teleporter in pit on Lvl 3, no longer teleports you onto tiles occupied by other objects
9.Fixed it so secret found stat should show onth e stats page
10.Added crystals to Lvl 7 for atmoshpere\story reasons
11.Added wall map to Lvl 4
12.Added custom handdrawn images to cinematic
13.added custom icons for focus rod and ritual blade
14.Removed pull chain on locked door in Artificers challenge
15.Removed some skulls from Lvl 6
16. Fixed script in crypt so it no longer crashes with wrong answer
17. fixed teleports in artificers challenge to teleport to correct area
18. Fixed it so only one key will now spawn on the "choose wisely" section of Lvl 4
19. Same as above for Lvl 10
20 .Fixed issue where Casters Brand running out of charges crashed the game.
21.Added the contents of my variety pack to dungeon
http://grimrock.nexusmods.com/mods/216
22.Corrected various spelling errors on scrolls
23.Fixed it so that the lever in the spell forge on longer gives infinite EXP
24.Added new items and monsters
25.Made it so Elementalist ritual activates only once
26.Added additional pits to Lvl 7
27. Gave Boss extra hp, moved him into Torliks chamber
Made him more "interesting"

28. Fixed issues resulting from last update
29. Only a handful of players have found Gale Rhys's skull, after a quick search I found that I cannot find it myself, despite the fact that according to the editor there is one on the map, as such I have added a new one, but still can't find the orginal so it remains too
30. Polish, grammar checks on scrolls and fixing texture issue
31. altered Lvl 1 layout, added more monsters (it was a boring section of dungeon)
32. Altered logic for the cartograph puzzle and heart/mind puzzle. Cartograph will now check for items even if other items are in the alcove. Any changes to the Heart/mind combinations will now register (so it will check the combination when torches are removed as well as when they are placed).
33. The carthographers puzzle now registers the placement of the left gem first time (instead of the thing with it glitching half the time)

+ New Mode added: Find the scroll on the assassins body somewhere in the dungeon to discover how to unlock it!, when entering the new mode only the stats and attributes of the first characther mater, just create dummy characthers for the rest of the party

+ New secrets have been added, including a new major secret Drakes demise!

With this the dungeon is hopefully bug free, but let me know if anything arises.

Also check out my sequel dungeon Beneath the Sands!

utopia570 Oct 25, 2015 @ 7:15am
I just started this and I am having a lot of fun with it. It is very cool exploring all the rooms and the little story bits here and there are a nice element. I like the detail crammed into every square foot of your maps. I found myself checking every wall, and the puzzles are fun but and well thought out.

LocalFire  [author] Jun 2, 2014 @ 11:12pm
if you continue to have trouble there try luring an ogre into charging into the dining hall and then closing the door behind him.

LocalFire  [author] Jun 2, 2014 @ 11:10pm
You can start at lvl 1 and do this as has been done by many people but if you have trouble then import a party to make things easier.

malletmann117 Jun 2, 2014 @ 9:55am
What level are you supposed to be starting this? I just got trapped between 2 ogres on the archive level.

Godgivenright Apr 12, 2014 @ 7:09pm
Thanks! I should have realized the map shape was something important, especially after the earlier puzzle.

LocalFire  [author] Apr 11, 2014 @ 7:09pm
Look at the shape of the room you are in its sahped like a man, and the torches are in holders in specific limbs, so eg the cowardly feet are given one to flee would be to place torches in the feet holders only (don't do this one by the way you will most likely die) so there are torch holders in the heart head, hands and feet and various combos will get you rewards

Hope this helps! if you are still stuck I made a video guide which you can see above in the dissussions area, you'll want part 4

Godgivenright Apr 11, 2014 @ 6:51pm
I'm in a room that has an alcove w/ 3 torches. Along with the torches there is a scroll that says "Enlightened mind and passionate heart move forward..." etc. No matter which torches I light, all, some, none... I can't get out. I see no secret passages to open either, though I can hear the monsters through the wall. Help?

LocalFire  [author] Dec 26, 2013 @ 11:29pm
Yes both keys open the treasure room, to get into that room you need only head down the stairs nearby and you will find your way in eventually

i have a question: at the end of the level 2, just before the stairs to level 3 there is a room with 2 shields on the wall a, a table and a bed. How can i access it?
And i have found a second ornate key on this level, is it for the treasure room on the level 1 too ?