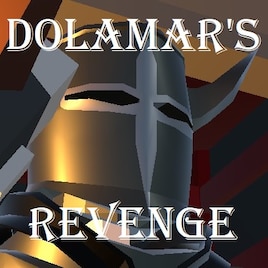 TheHeroOfTimeAndSpace
Offline
See the collection (may be hidden)

This item has been added to your Subscriptions. Some games will require you to relaunch them before the item will be downloaded.
Description
Months after the events of ''Kingless Lands'', your help is requested once again. The once glorious kingdom has succumbed by the rising armies of undead which have launched a cruel coup on the capital, led by necromancer Todd Dolamar. With the help of a legendary ally, It is now up to you to save the remaining forces of the former kingdom, infiltrate his giant fortress and stop Dolamar from corrupting the lands.

My 2nd MyWorld submission and part 2 of the Kingless Lands series. This one is even more ambitious than the previous one, with 4 worlds to explore (including end scene) and more 1+ hours of content, including lots of unique quests and enemies! Do mind that this level is more performance-heavy than the first part. Don't forget you can use ''T'' to warp back to your spawnpoint, and to leave any comments below. Have fun! :D

Lee Bamber [DEV] Mar 5, 2018 @ 10:24am
Would you mind if I featured your game in a future MyWorld news article? I was recommended to Dolamar's Revenge and had a play, and right enough, a great game and well designed. Happy to wax lyrical and bring it to the attention of all users, but if you would consent to a quick five-question interview over email, it would really add some depth and insight for those who want to follow in your footsteps when making their next masterpiece. You can email me directly at lee@thegamecreators.com if you are interested. Once again, very nice work!

TheHeroOfTimeAndSpace  [author] Jan 20, 2018 @ 3:03am
Thank you so much, Baron. I spent a lot of time fleshing out the entire kingdom with sidequests and linking dialogs, as well as creating a lot of different enemies, including the fabulous manhawks. (I saw some in one of Benji's maps earlier and I loved them) :p

About the note: the next thotas was placed behind the knights. I see people could run back to the entrance and be confused, but I hoped players would see the quest marker behind the gate and go to the next thotas.

Baron Jan 19, 2018 @ 11:48pm
Probably one of the best maps on the workshop right now, hope it gets a lot more views. Manhawks are the most creative thing I've seen done with the character editor so far. The fact that you could have made them fly, but instead made them run around on foot and punch you, is hilarious and was a lot of fun. Everything was very well done, and the little details (like decorating the rest of the dwarven castle, beyond the direct route to the king) was appreciated.

Note: After the Knights of night and day, I had trouble finding the next thotas.

SerpTheJester Jan 19, 2018 @ 9:15am
I just finished playing and I am just blown away at how well crafted and thought out every thing is.
This had so much thought and care put into it. Thank you for yet another great adventure.