Store Page
Arma 3>  Workshop > Filthy Peasant's Workshop
This item has been removed from the community because it violates Steam Community & Content Guidelines. It is only visible to you. If you believe your item has been removed by mistake, please contact Steam Support.
This item is incompatible with Arma 3. Please see the instructions page for reasons why this item might not work within Arma 3.
Current visibility: Hidden
This item will only be visible to you, admins, and anyone marked as a creator.
Current visibility: Friends-only
This item will only be visible in searches to you, your friends, and admins. 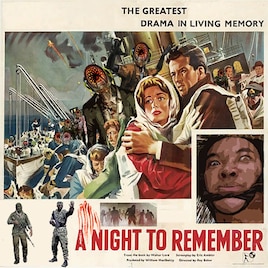 Filthy Peasant
Offline
See all 24 collections (some may be hidden)
You need DLC to use this item.

This item has been added to your Subscriptions. Some games will require you to relaunch them before the item will be downloaded.
Description
[SP/CO-10] A Night to Remember
Author: Lord Booka

Introduction: You are an ex-military/veteran, who recently quit your career, and started to travel to Tanoa as your vacations. However, something went wrong and you have to escape from the island as soon as possible.

The mission: Investigate the mystery of people disappearing and dead persons arise, also survive from all this mess.

Description: This is NOT a survival/RP type mission. Instead, it is a classic SP/COOP mission which heavily took an inspiration from Celery’s Chernarus Apocalypse series.

Spext0r™ Feb 16, 2019 @ 12:00am
I have been curious but what is the /switch weapons thing on the scenario? Is it a script you made or by someone's, cause again, somewhat curious. I do like it alot tho.

There is the link thanks for the allowing to help out a great mission!

Filthy Peasant  [author] Dec 6, 2018 @ 6:40am
@Moondog32
Thanks for your collaborate!
Yes, you can edit and upload your version as you like.
It would be great, if you can put the link to your version in here.

AzukiMoony Nov 19, 2018 @ 1:46pm
Okay, I found out why i couldnt find the Second Data at the town of Cerebu, the desk is getting pushed out of the house somewhere (idk). I found it out by, Editing the mission. finding out that the desk works fine without the scripts. but WITH the script the entire desk is vanished! Why idk, I couldnt find out because of the zombies keep killing me when i spawn. Simple Fix, (Remove the PC under it. (Is just a theory) or replace the entire desk. Im gonna fix it and upload it and giving you the credits so the other's can play meanwhile you can fix it then im gonna delete it again^^ Thanks for the great mission!

Filthy Peasant  [author] Oct 31, 2018 @ 7:47am
Thanks for your feedback Asesino!
The second key should be inside the briefcase which should be nearby one of (random) scientist corpses on the beach.
If you still cannot find the key, you can try to locate the position of "objFlash" (the varname of the briefcase) in debug screen.
< >