Greenlight > Concepts > jessepret's Workshop
Greenlight is being retired. For more information on how to submit games to steam, refer to this blog post.
This item has been removed from the community because it violates Steam Community & Content Guidelines. It is only visible to you. If you believe your item has been removed by mistake, please contact Steam Support.
This item is incompatible with Greenlight. Please see the instructions page for reasons why this item might not work within Greenlight.
Current visibility: Hidden
This item will only be visible to you, admins, and anyone marked as a creator.
Current visibility: Friends-only
This item will only be visible in searches to you, your friends, and admins.
Tortured Hearts: Or, How I Saved the Universe. Again.
Description Discussions1 Announcements4 Comments36 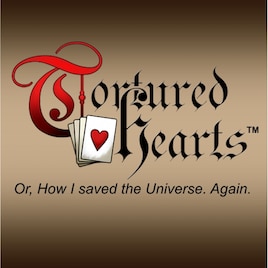 jessepret
Offline
See all 3 collections (some may be hidden)
Recent Announcements View All (4)
Still hanging in there
April 24, 2015 - jessepret

This game is coming along well. All the areas are set up and ready to be furnished with models. All the dialog works, the journal works, the GUI works. At present we are working on the introduction where characters are formed, and on the combat AI, and creating dungeons from a tile set. Next, fill out areas with models and test combat.

At the end of the photo lineup you can see our new character. This head has many more polygons than the prototype. He's still a cartoon character and that's what he's going to be, to fit the environments and the story. But he can be much more expressive now.

Read More
Description
Tortured Hearts™ is a non-linear, story-driven, epic length single-player RPG. It offers extremely flexible characterization, companions, turn-based combat, many quests, many areas, crafting if you wish, meaningful choices and alternate endings. A minimum playthrough would be about 70 hours, finishing all side quests would add at least 25 hours.

Story in a nutshell:
You are a seasoned professional in the noble trade of adventuring. When you wake up in a dung heap, stripped of all your gear and money, it's humiliating but not intimidating. Many an adventure has started with losing your shirt, literally. It's never been a problem before, just a matter of rummaging barrels and asking questions until you're back on your feet. And then you'll get that bastard who drugged and robbed you, if you have to go to Hell and back... and of course you will...

The Game:
Tortured Hearts™ is a serious game with all the usual RPG elements, played with a protagonist who has seen everything, gotten a little cynical about the adventuring life, but still follows his chosen field with professional diligence. The setting is a new fantasy world, rendered with 3D models that are shaded as hand drawn cartoons: the effect is like being in a graphic storybook but with full 3D motion. Many ideas in the game were first conceived while writing two of the top NWN community modules, Tortured Hearts I and Tortured Hearts II. These modules were the original creation of Zoltán Gonda, who is also the creator of Newcomer™ for the Commodore 64. But those ideas were limited by the Aurora engine to D&D rules, and we wanted to create a game which allowed the player to develop his character without the strict restrictions of classes and races; freedom to move and choose is the fundamental play philosophy of the standalone game.

Tortured Hearts™
Is a production of Game Psych LLC and Teleport Games Kft. It is here on Greenlight even though it is well past the concept stage because we want your feedback. We need gamers like you to join our effort to finish this game, and it isn’t too late to contribute suggestions. Your vote is appreciated!
For many more details about us and the game, including a forum and donation site, please visit
www.torturedhearts.com
https://www.facebook.com/TorturedHeartsRPG.

SubBassman Jun 6, 2017 @ 5:43am
Alpha version is near. Stay tuned. If you want more information, please proceed to the facebook page. Thank you.

Soul Sojourner Jun 5, 2017 @ 11:28am
Give us some updates here on Greenlight too if you could, I've read the updates on Facebook and the forums, this one is pretty behind. :)

SubBassman May 6, 2016 @ 9:11am
Dear Sir_Fuzzbotham
We are still working on it. Sorry for the wait, this is a huge and very complex task. :)
Follow the facebook page please, it's more up to date.

Sir_Fuzzbotham Apr 8, 2016 @ 9:20pm
I have been waiting for this game for SOOOoooooooooooooooooo long now! I loved the mods that you folks created for NWN1 and am a little upset at you for making me wait for this creation for so long! ;) I want to beta test this. I am excited about it!