Store Page
Ravenfield>  Workshop > Partyboy43's Workshop
This item has been removed from the community because it violates Steam Community & Content Guidelines. It is only visible to you. If you believe your item has been removed by mistake, please contact Steam Support.
This item is incompatible with Ravenfield. Please see the instructions page for reasons why this item might not work within Ravenfield.
Current visibility: Hidden
This item will only be visible to you, admins, and anyone marked as a creator.
Current visibility: Friends-only
This item will only be visible in searches to you, your friends, and admins. 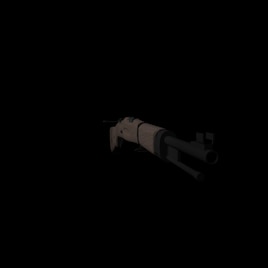 Partyboy43
Offline
See all 155 collections (some may be hidden)

This item has been added to your Subscriptions. Some games will require you to relaunch them before the item will be downloaded.
Description
This is my first custom weapon mod!


This is a VZ-24 Mauser. It was designed in 1924. This Czechoslovakian made rifle saw service around the world in the 20th century. It was used in the Chaco war, the Spanish Civil War, Chinese Civil war, and many other conflicts. It even saw service in WW2.


This model was made by me in Blender

bouggus_barf Jul 3, 2018 @ 10:07pm
this mod is very under rated. it's a great model and the firing sound blends in with the background

Balts Jun 3, 2018 @ 10:38am
WARNING! Carry on reading! Or you will die, even if you only looked at the word warning! Once there was a little girl called Clarissa, she was ten-years-old and she lived in a mental hospital, because she killed her mom and her dad. She got so bad she went to kill all the staff in the hospital so the More- government decided that best idea was to get rid of her so they set up a special room to kill her, as humane as possible but it went wrong the machine they were using went wrong. And she sat there in agony for hours until she died. Now every week on the day of her death she returns to the person that reads this letter, on a monday night at 12:00a.m. She creeps into your room and kills you slowly, by cutting you and watching you bleed to death. Now send this to ten other profiles on this one site, and she will haunt someone else who doesn't. This isn't fake. apparently, if u copy and paste this to ten comments in the next ten minutes u will have the best of your life. TIC TOCK

[HMMF] CannonFodder Mar 28, 2018 @ 8:48am
id say it needs updated not remade completely but yeah the zeroing is off a bit the model isnt the worst out there but it could use a bit of tlc i dont remember what the reloading looked like cos i have a dickload of rifle mods installed ill go check that and edit this but yeah keep up the work

The shoot goes to right

The model (No ofense) is ugly

The reloading (No ofense too) is weird