Store Page
Left 4 Dead 2>  Workshop > Collections > EnviroZavr's Workshop
This item has been removed from the community because it violates Steam Community & Content Guidelines. It is only visible to you. If you believe your item has been removed by mistake, please contact Steam Support.
This item is incompatible with Left 4 Dead 2. Please see the instructions page for reasons why this item might not work within Left 4 Dead 2.
Current visibility: Hidden
This item will only be visible to you, admins, and anyone marked as a creator.
Current visibility: Friends-only
This item will only be visible in searches to you, your friends, and admins.
Description Discussions9 Comments983 10,898 ratings
Back To School Campaign

A collection of 7 items created by

EnviroZavr
Offline
658,699
16,517
18,166
Unique Visitors
Current Favorites
Total Unique Favorites
Game Content: Campaigns
Game Modes: Single Player, Co-op, Versus
Posted
Updated
Jan 18, 2013 @ 12:48am
Jul 12, 2014 @ 4:08pm
Description
Back to School is a full featured Left 4 Dead 2 campaign. The storyline doesn't interfere with original game and offers completly new setting of Borden city, struggling to survive in an epidemic apocalypse alongside with original 4 heroes. They're getting a chance to save themselves, since USA marines are coming in town and not falling back this time. But during the battle apogee something goes terribly wrong and local school - the most safe place in city - turns out to be a death trap.

If you have some problems - Read this guide - http://steamcommunity.com/sharedfiles/filedetails/?id=135782335

The plot:
Five days have passed from the beginning of epidemic. In five days outbreak swept all north regions of USA. Despite the efforts of local authorities and military, all attempts to stop the epidemic have failed. Cities were left by all living things. (All living thing have left cities.) Borden was one of those cities.

Four our heroes, hiding in the woods near the city, have received information about the upcoming operation of the U.S. Army. Military forces are coming back from the south to clean up the city from the infection. Evacuation points were declared in old strongholds, that had been located in the most important places in the city and had held out the longest time. Our survivors have decided to go to the nearest stronghold - local high school.
Items (7)
Subscribe to all
Unsubscribe from all 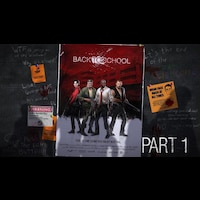 Back To School (Chapter 1)
Created by EnviroZavr

Having abandoned cozy forest camp, heroes struggle out of thickets to forester house. Forester has barricaded the gorge, but infected dashed from the other side. Not much a lone sniper can do agains... 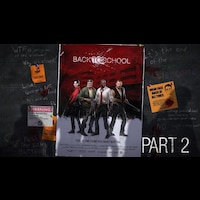 Back To School (Chapter 2)
Created by EnviroZavr

Part 2 out of 7
This part contain: Chapter 2 - Railroad Station

In case of a disaster, people always try to escape from it using all available ways. One of the places where poor citizens rushed to was railway station. But among the terrified angry mob ... 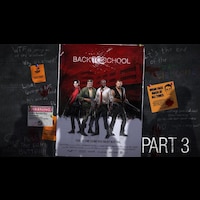 Back To School (Chapter 3)
Created by EnviroZavr

The city is full of places where a common citizen would rather not go to. Construction sites, sewers and other utility lines. But during a zombie apocalypse the least inhabitant places are the safest ... 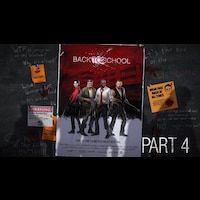 Back To School (Chapter 4)
Created by EnviroZavr

Is there any hope? The police station is on fire, and no one knows who made a greater contribution. Was it insane infected? Or was it a mad war machine? But we must move forward. Away from the sten... 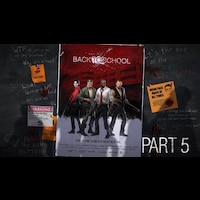 Back To School (Chapter 5)
Created by EnviroZavr

When the hell poured out on streets, people began to look for three things - weapons, food and safety. Our heroes found weapons in the police station, now it's time to find supplies. Looting... This... 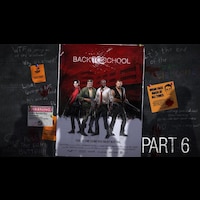 Back To School (Chapter 6)
Created by EnviroZavr

Part 6 out of 7
This part contain: Chapter 6 - School Finale

Chemistry... Very few people during an emergency thinks about such things as danger and at the same time need of water and fire.The war machine came off the rails, the fire continues. School... 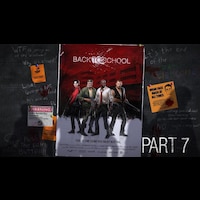 Back To School (Models, Textures, etc.)
Created by EnviroZavr

Part 7 out of 7
This part is obligatory and contain: Textures, Models, Sounds, Scripts, Particles. 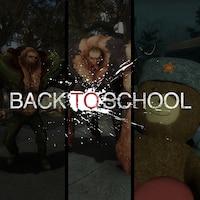 Addons colliding with each other
CuldeeFell4