Store Page
Garry's Mod > Guides > Mincemower McDonaglop's Guides
This item has been removed from the community because it violates Steam Community & Content Guidelines. It is only visible to you. If you believe your item has been removed by mistake, please contact Steam Support.
This item is incompatible with Garry's Mod. Please see the instructions page for reasons why this item might not work within Garry's Mod.
Current visibility: Hidden
This item will only be visible to you, admins, and anyone marked as a creator.
Current visibility: Friends-only
This item will only be visible in searches to you, your friends, and admins.

Scenebuilding 101
By Mincemower McDonaglop
This guide for Garry's Mod will explain the basics of building scenes on maps for making screenshots.
It will cover choosing a map, concepts, prop placement, environment, lighting, fog, colour mod, brief posing and other tips and tricks to help you build your own scene!
Last Revised 21/10/13

Comments
Introduction
Thank you for choosing to read this guide!
Obviously, you have an interest in building scenes. Or perhaps you just don't have that map to make that screenshot. The good thing about scenebuilding is that it doesn't matter what map you use, you can transform it to look completely different. 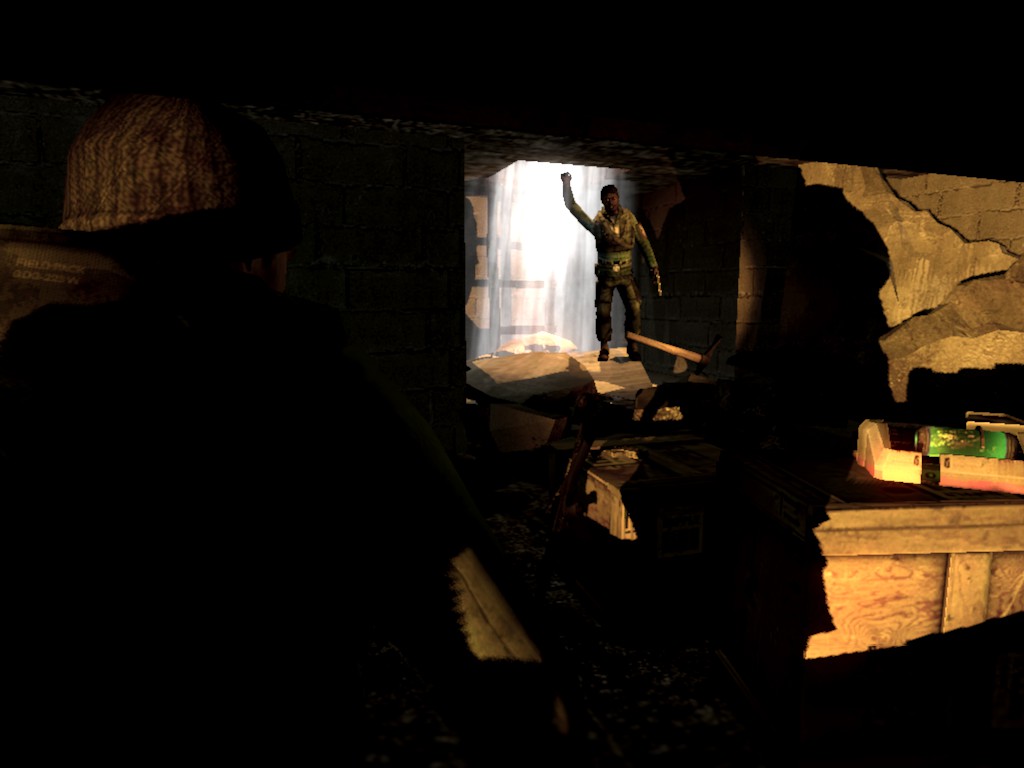 Concepts and Initiation
Don't let the big words scare you. This first stage is vital. Basically, come up with an idea. For this guide I will build a post-apocalyptic scene where foliage has overgrown a city. Two men with gasmasks will be searching around for useful equipment. One man is picking up an old gun and inspecting it whilst the other is pointing towards a monster on a rooftop nearby.

Once you have your idea, you need to decide on what you will need.
For my scene, I will use gm_flatgrass and utilise fog and lighting to create the post-apocalyptic atmosphere. I suggest using open maps such as flatgrass, or Joazzz's scenebuild maps to scenebuild on.

I will also need models to make this come to life. I downloaded the Metro 2033 building ports from the Steam Workshop as well as a rebel skin called the 'Tactical Rebel' from garrysmod.org.

For foliage, I will use the grass and tree models from the Half Life 2 mod Resistance and Liberation. However, there are plenty of great models in default garrysmod.

For guns, Larry's Weapon Pack is a fancy pack of over 500 hexed guns/skins (however it weighs in at over 1gb, so be careful with your download!). For me, this pack has everything I will ever need (smgs, ars, brs, handguns including revolvers, shotguns, sniper rifles and a couple of futuristic weapons).

The monster I will use will be Alastor, a recently ported monster on the steam workshop.

To find your models/resources, it only requires a couple of google searches. Websites I find helpful are:
Official Garry's Mod downloads 'centre' http://garrysmod.org
Official Garry's Mod forums (look in the modelling and mapping sections. Larry's weapon pack can be found in the Screenshots and Movies section on the very first thread; the rules thread) http://facepunch.com 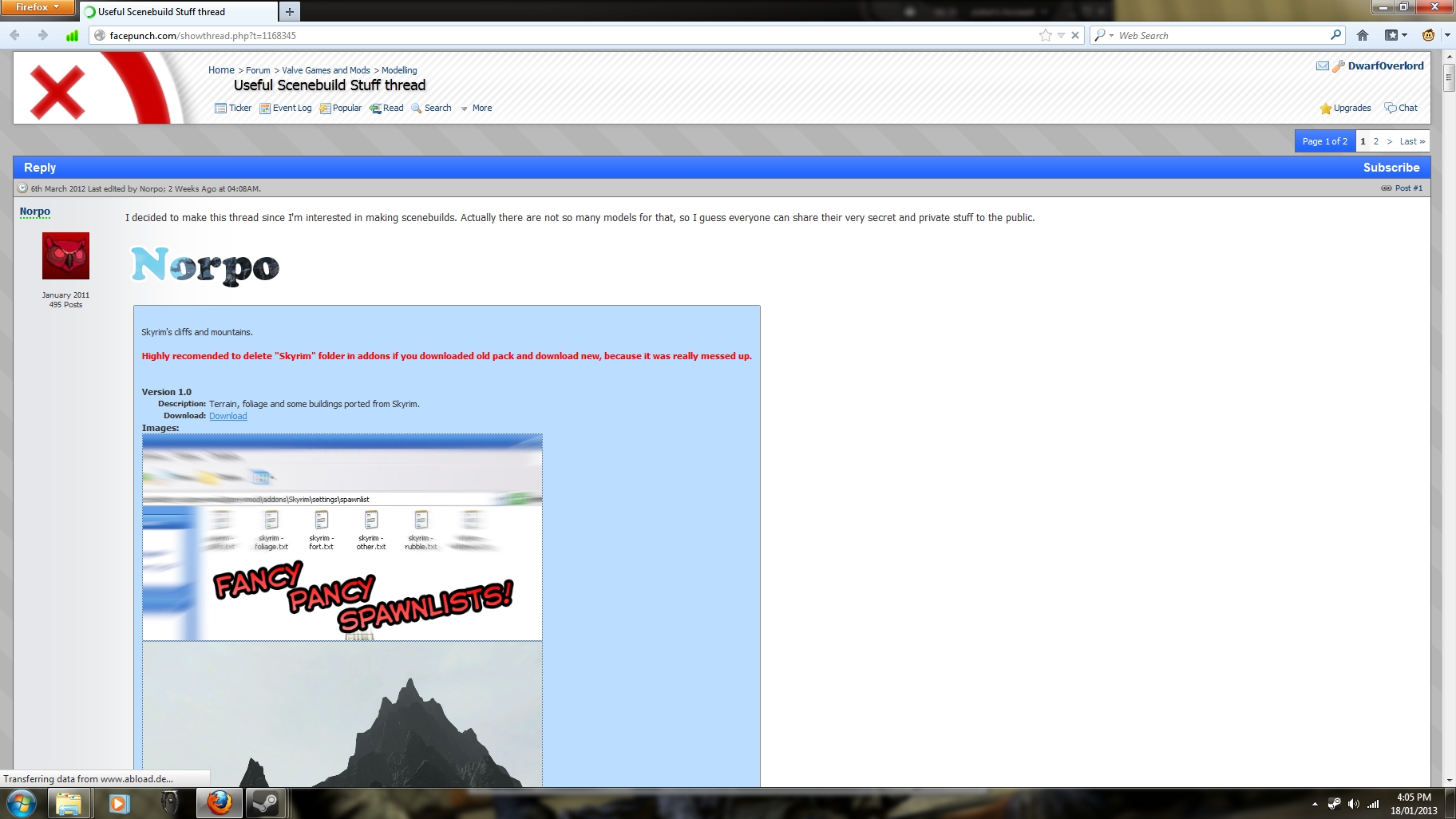 Starting the Build
When starting the build, select a spot in the map where you will be comfortable building. For example, I won't start building under the structure in gm_flatgrass in my example build.
21/10/13 REVISION: Also, make sure you place a camera BEFORE you start building, so you don't have to reposition everything and so it's easier to tell what you are doing.

When I build, I work from the outside in. I place the outermost props (furthest seen in the screenshot) before moving onto detail. I will explain it this way.

Secondly, I will place trees inside the 200 degree semi-circle thing. 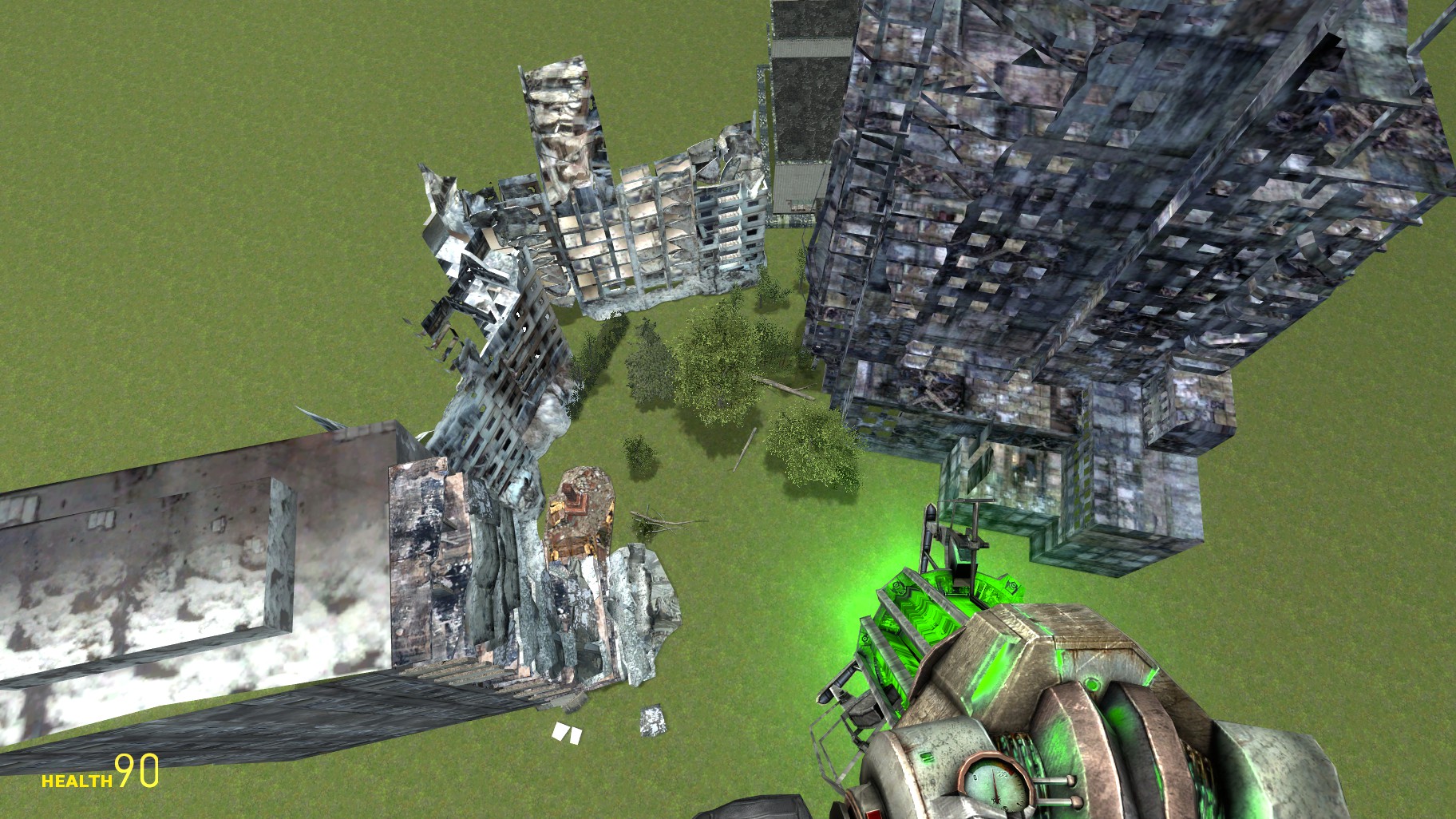 Thirdly, I will place vines/ivy around the building and add details to the houses and trees.

Lastly, I place down grasses and bushes. Beware, these effects can eat into your frames per second, so if you need to, turn your graphics settings down (if you need to, focus on lowering anisotropic filtering, antialiasing, texture quality and/or shadow quality.) 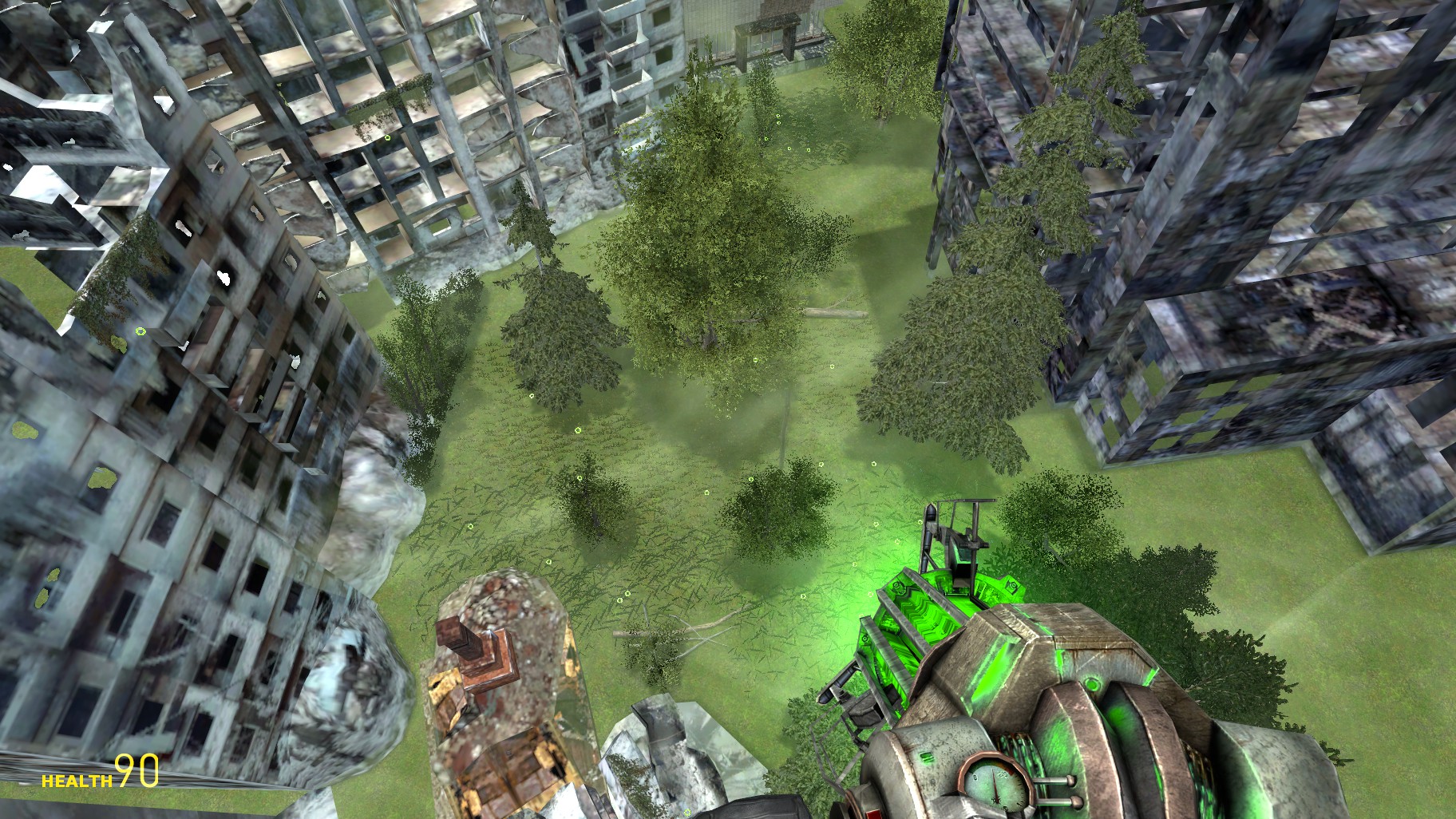 After this, I will move to more detailed buidling.

Detailing the Build/Finishing the Build
We will now add details to the build. I will add a broken bus and some rubble around to make it feel more genuine.

Now to pose the characters. Respect your ragdolls. How would you like it if you were twisted around all day? Sometimes posing can be difficult to get right, but practice makes perfect. Remember to use eye poser, face poser and finger poser when you have to or your pose will end up less realistic. 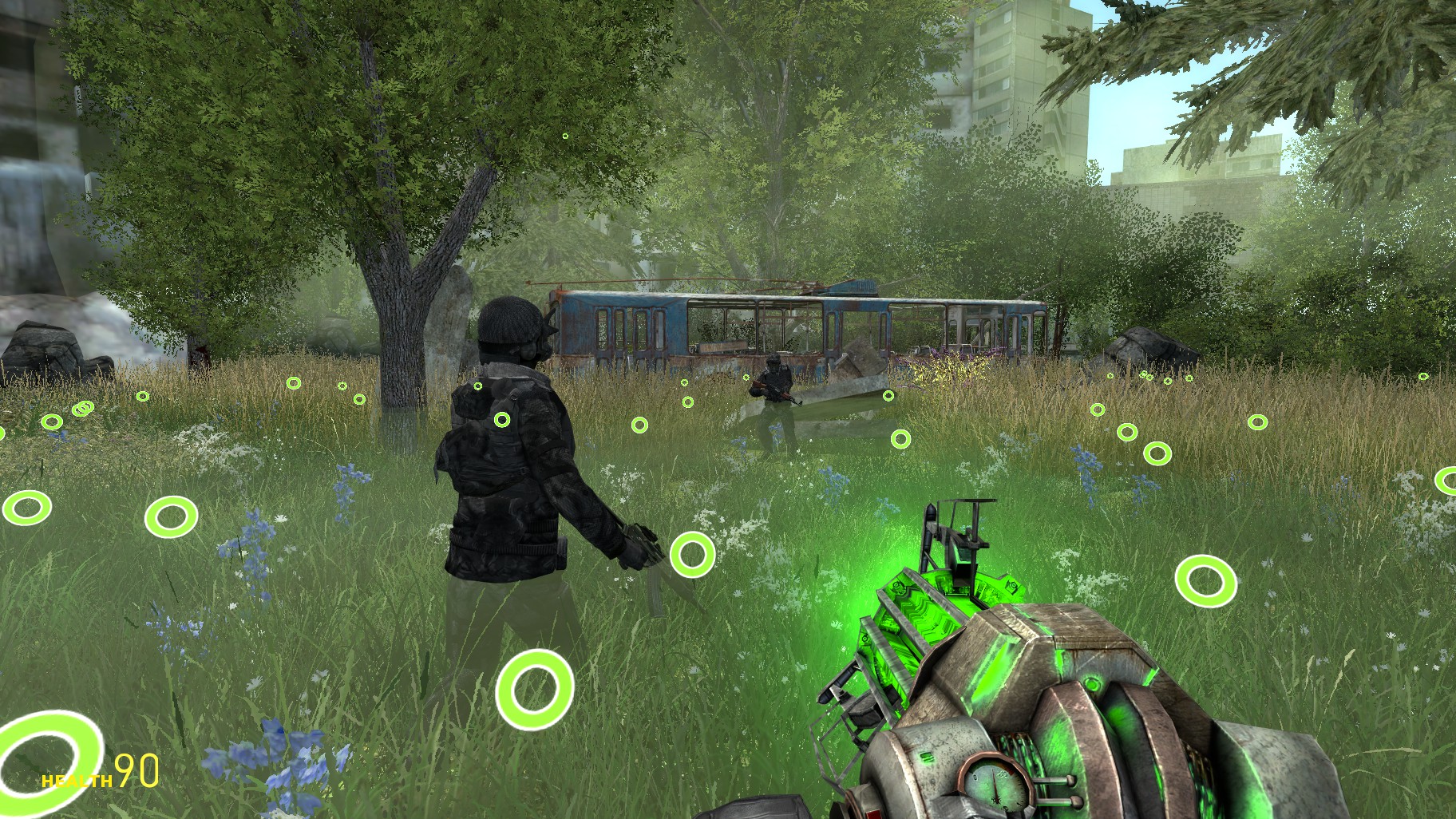 When posing monsters, take a while to familiarise yourself with their bones as they are often very different to human bones. Also, just because a ragdoll is in the background, don't compromise their posing. It is important to have all visible characters well posed. I suggest that new posers read some posing tutorials and have a look at some good poses over on http://facepunch.com 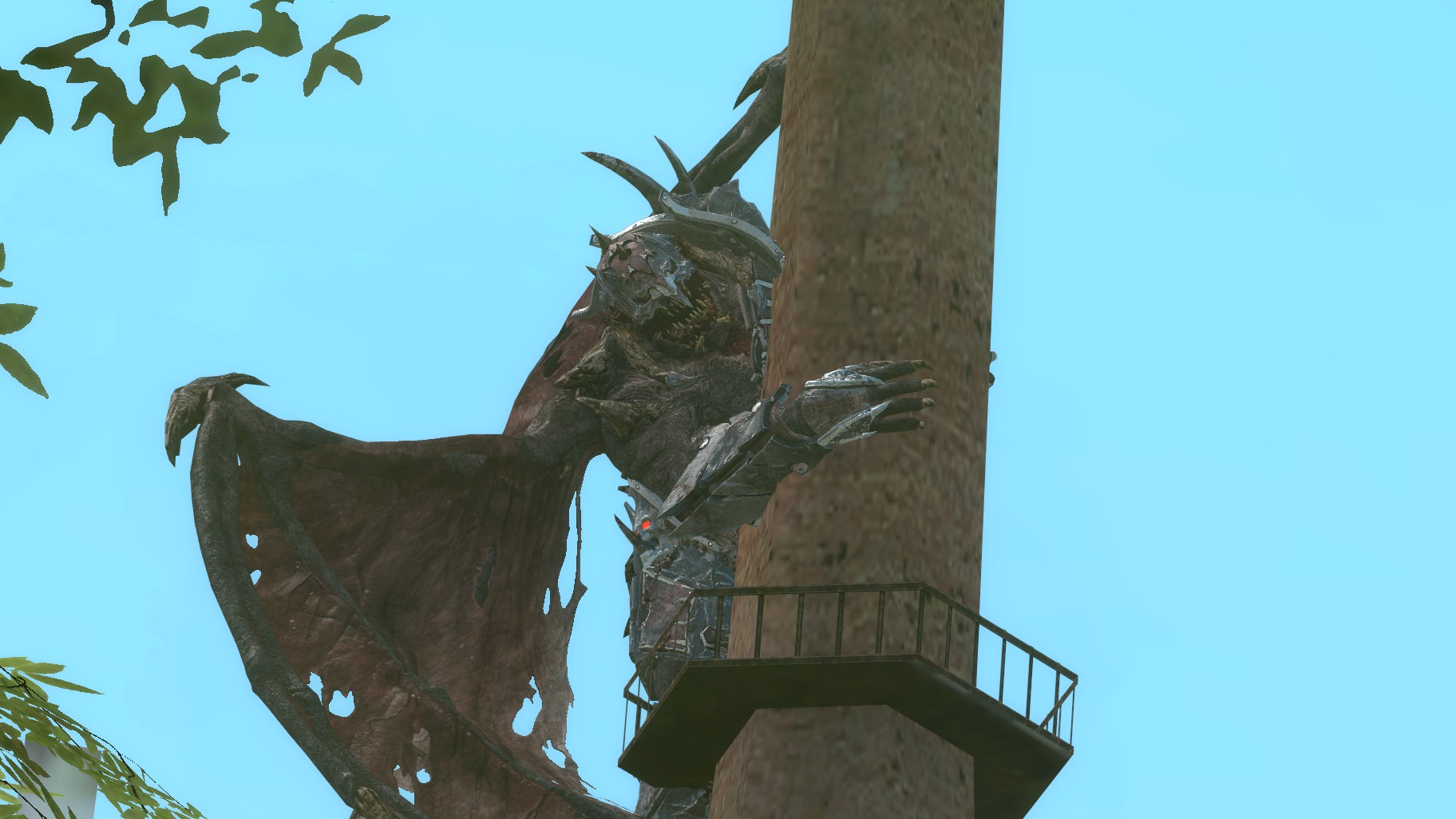 I am going to add a First-Person Viewpoint to change it up a little. To do this, pose a ragdoll as normal, stick a camera on his head and shrink his head as small as possible. It may take a bit of tinkering to get it to look right as usually poses in the third person don't look good in first-person and vice-versa. 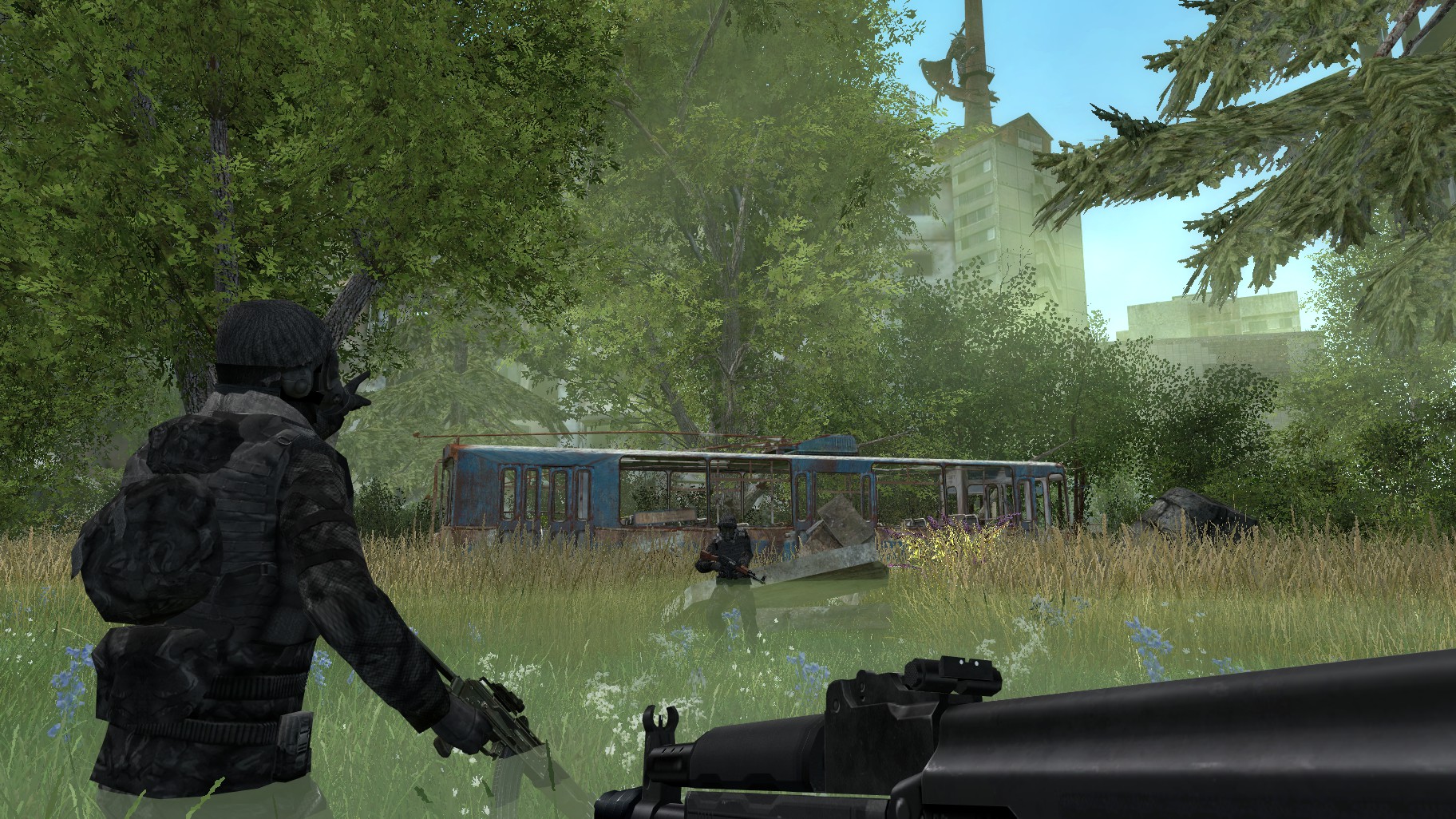 Now, we just have to do in-game post-processing.

In-Game Post Processing and Taking The Shot
Now that that's done, it's time to fix up the colour. This is post-apocalyptic after all!
I am going to utilise fog, sky edit and Sun to help create a better atmosphere for the scenebuild.

When using fog, try to choose colours closer to black for darker fog and closer to white for lighter fog. Change the second distance slider to around 1000 or so if you want the fog fairly close but not right on you. The density basically changes the opacity of the fog.
Sky Edit is fairly similar. Make sure to set the dusk settings to 0 if you don't want dusk lighting. You can change the Sun size here as well (creates a brighter atmosphere).
The arrow of the Sun editor points to where the Sun will be. You can change the colour of the sun as well. Overlay is the colour of the area around the Sun.

Ok it's looking good, but not great. The lighting needs to be richer. This is where the magic of Colour Modification and Sun Rays comes in. 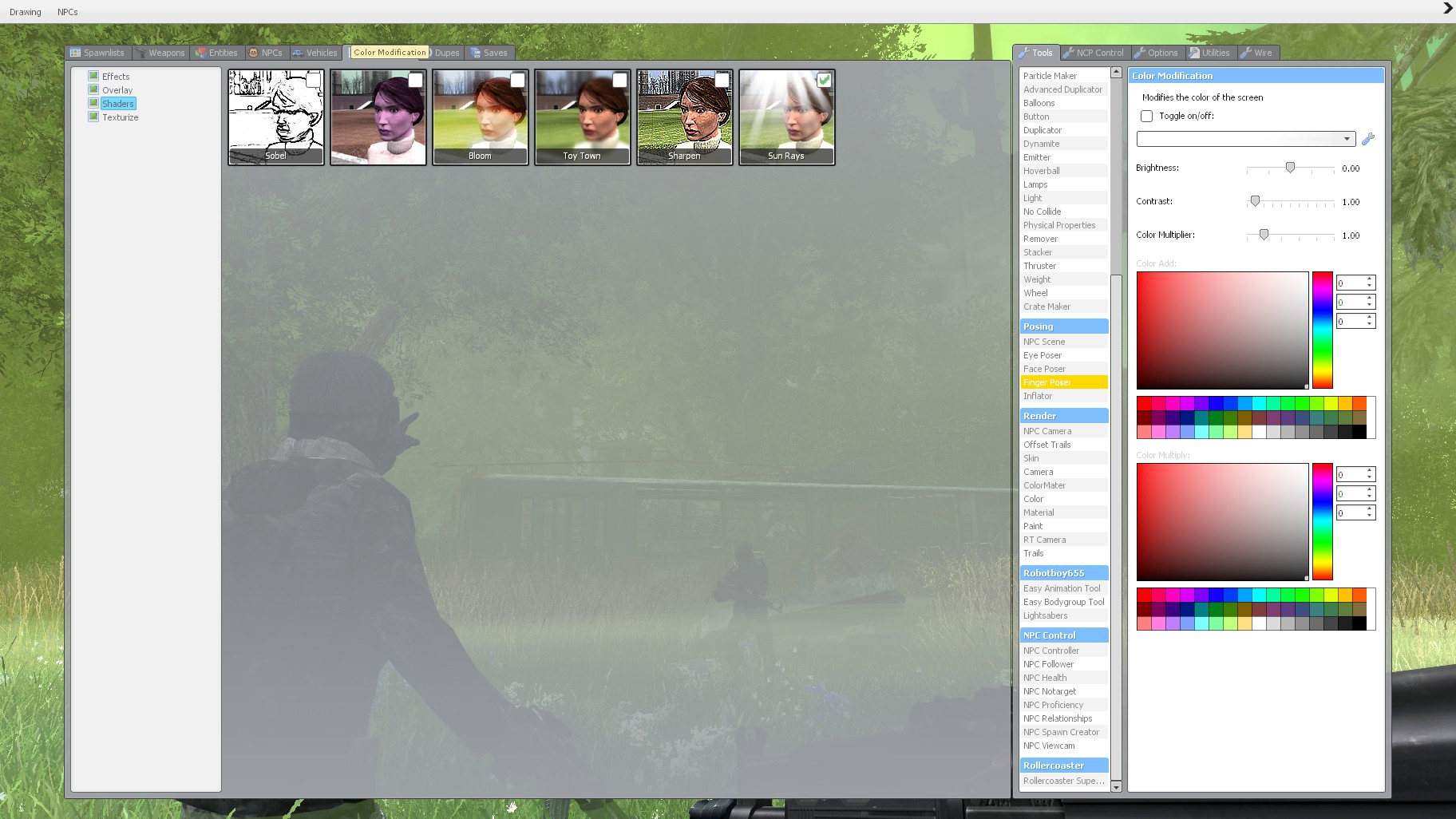 Play around with the colour mod similarly to fog. DO NOT put the Colour Multiplier above 1, or you'll get weird colours.
Use the Brightness and Contrast sliders to help fix lighting as well.

When taking the shot, bump all graphical settings up to max. You can turn them down later if you are lagging. If you want, apply downsampling antialiasing via your graphics card control panel, but this is optional if you have antialiasing enabled already.
You can choose to bind a key to "devshots_screenshot" in console, which will take the screenshot in a lossless, albeit large, .tga format, or just use the camera, which will take the photo in jpeg format.
Stuff I didn't do (Because in this build I didn't need to)
Lamps and lights
You will have to use lamps and lights in most builds. They are useful in creating more light and adding to an atmosphere. Since I had the Sun right in the view, I didn't need to use them. If there was plenty of darkness behind you, a light would be effective in blending this.
Colours usually look best if kept in with a shade of white or black, rather than bright red or green.

Duplicator
It is possible to get away with using the Duplicator tool to save time if precautions are met. If the duped objects are in the far background or generally not being the main subject, it can be unnoticeable, depending on the circumstances.

Fire/Gunshots/lasers etc.
If possible try to do these effects in out-of-game editing. The in-game effects are not quite as effective. However, you will have to create a light source for both. A small radius light tool on a gun or on where the fire will be should be good.

Blood sprays
Once again, try to keep these in external programs. Using a downloaded brush and applying blur gives a much more desirable outcome than ingame particles. Also, try to avoid using the paint tool if using Half Life 2's default blood decals. I recommend using Left 4 Dead 2 decals if possible (there should be a download on http://garrysmod.org

External Editing
If you wish to edit with Photoshop or GIMP, I suggest you bind a key to "devshots_screenshot" in console. This will create a screenshot in the lossless .tga format, rather than the camera tool's lossy jpeg. If you do not want to do this, set "jpeg_quality" to 100 in console.
Always keep the original, and it is really up to you as how to edit. I suggest reading tutorials and starting with GIMP if you are a newbie.
If you plan on exporting to web, don't forget to export your picture as a high-quality jpeg or a .png; this will cut down file size by a lot!
Wombat Ninja's Top Six Tips
MAKE SURE YOUR SCENEBUILD HAS NO GAPS THAT YOU CAN SEE OUT OF THE MAP WITH!

Don't rush. Save your work and come back to it if you are feeling uncreative or bored.

If you feel your screenshots are good, try posting on Facepunch for feedback. Preferably in this thread: http://facepunch.com 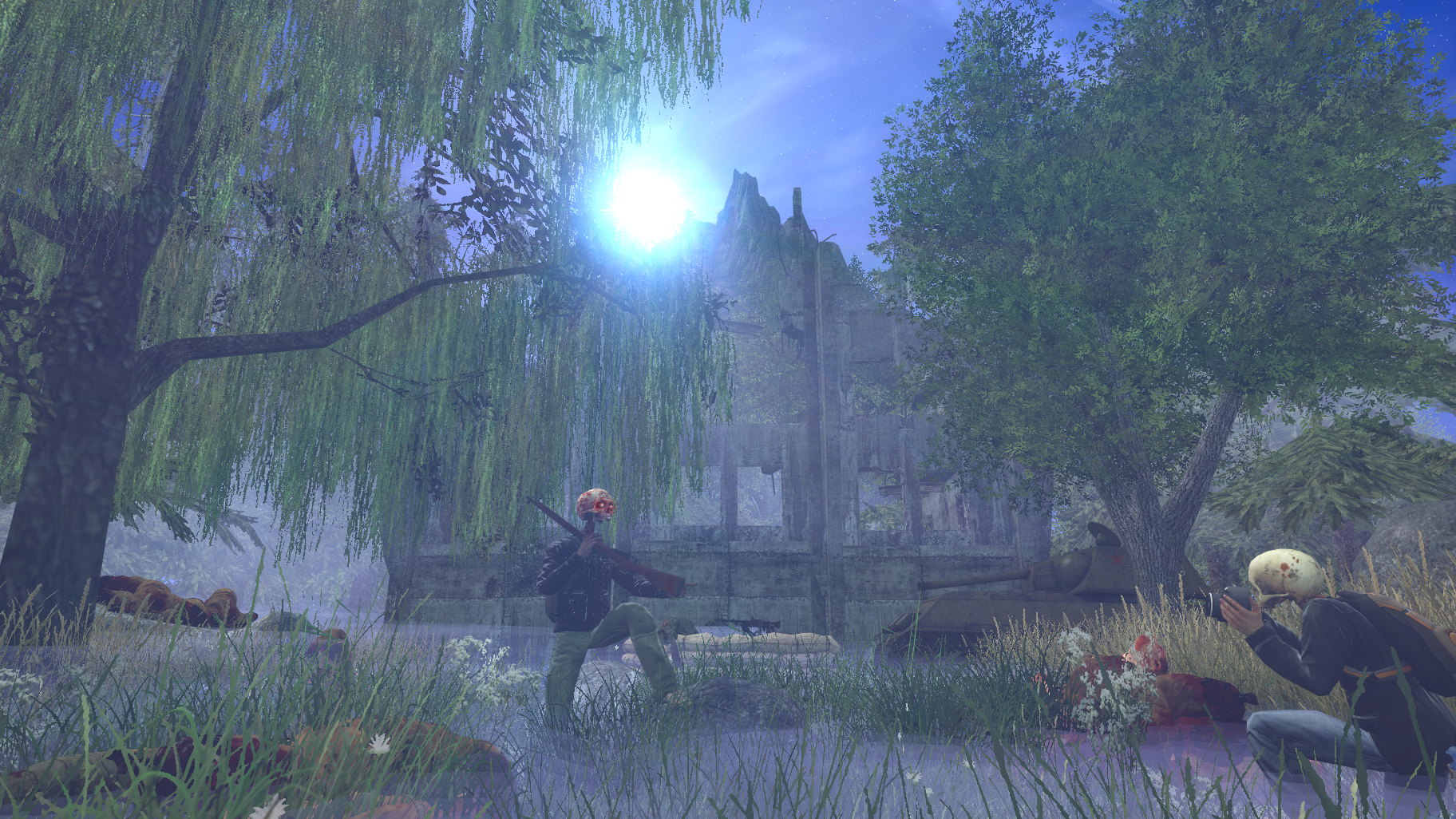 Remember to place the Camera BEFORE you start work! (21/10/13 revision) 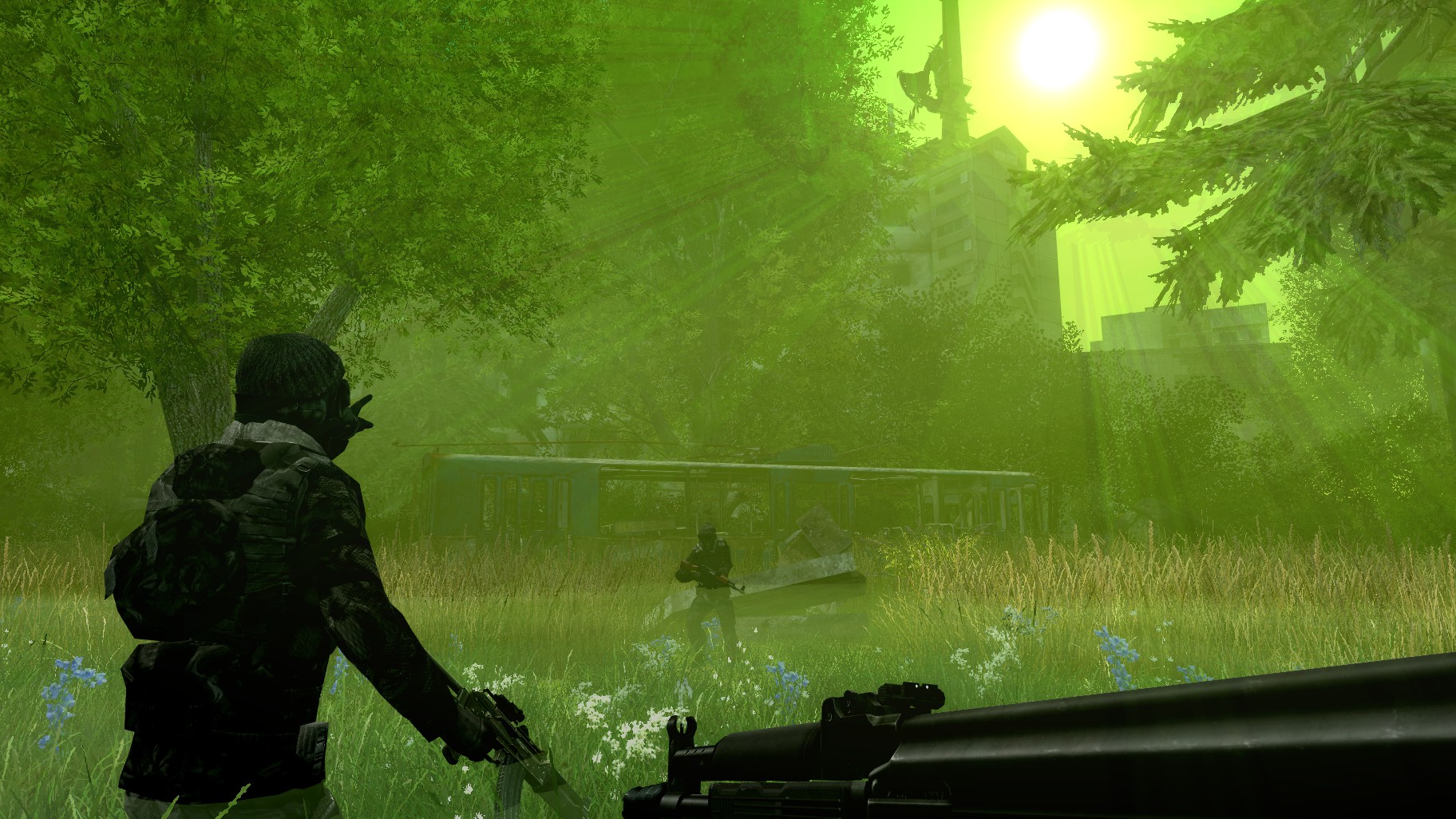 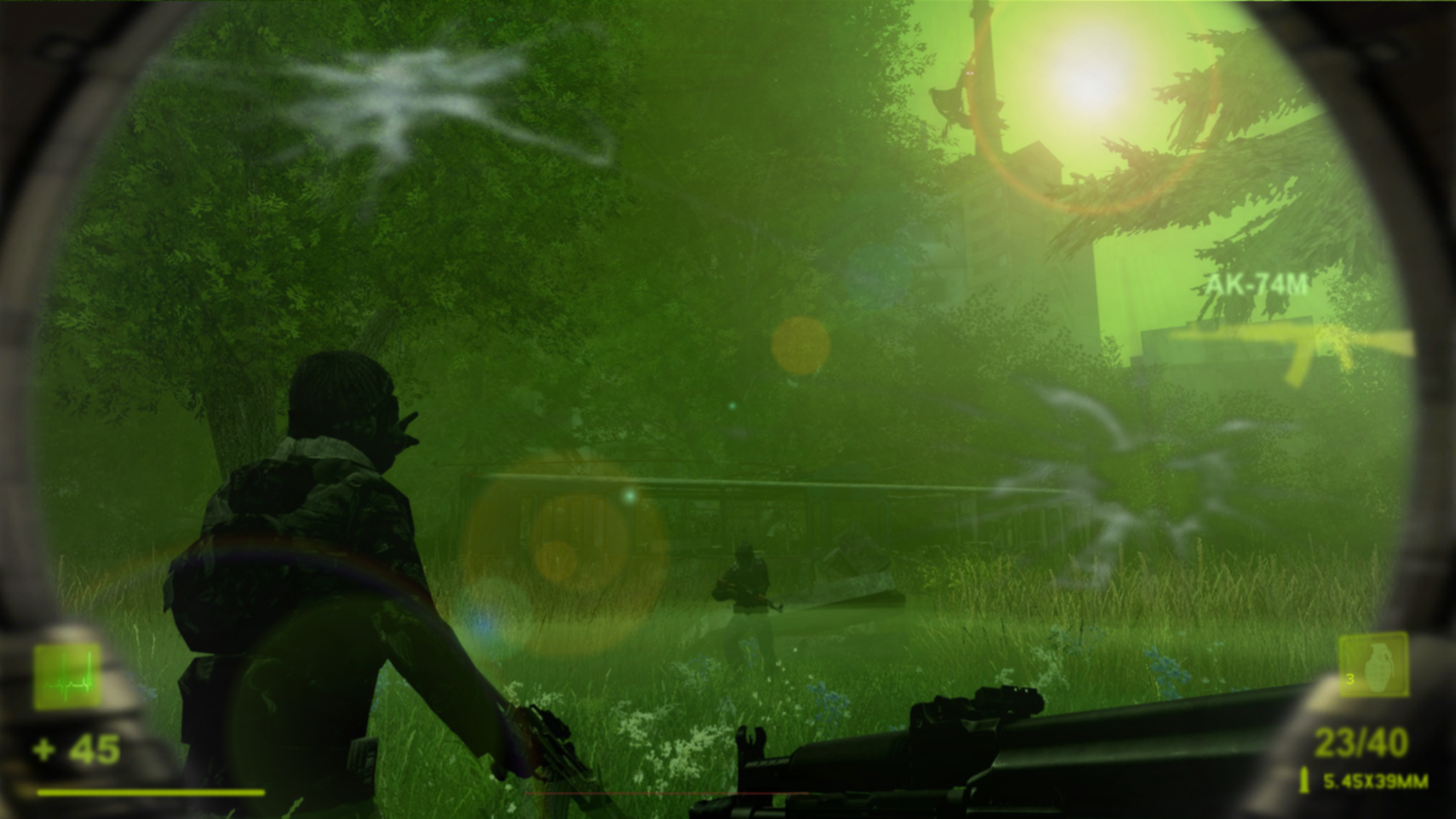 Special thanks to all those who created models, effects and/or maps that I used in this tutorial. Hopefully you don't mind :)
Good Luck in your scenebuilds, and I'll leave you some others by me :3 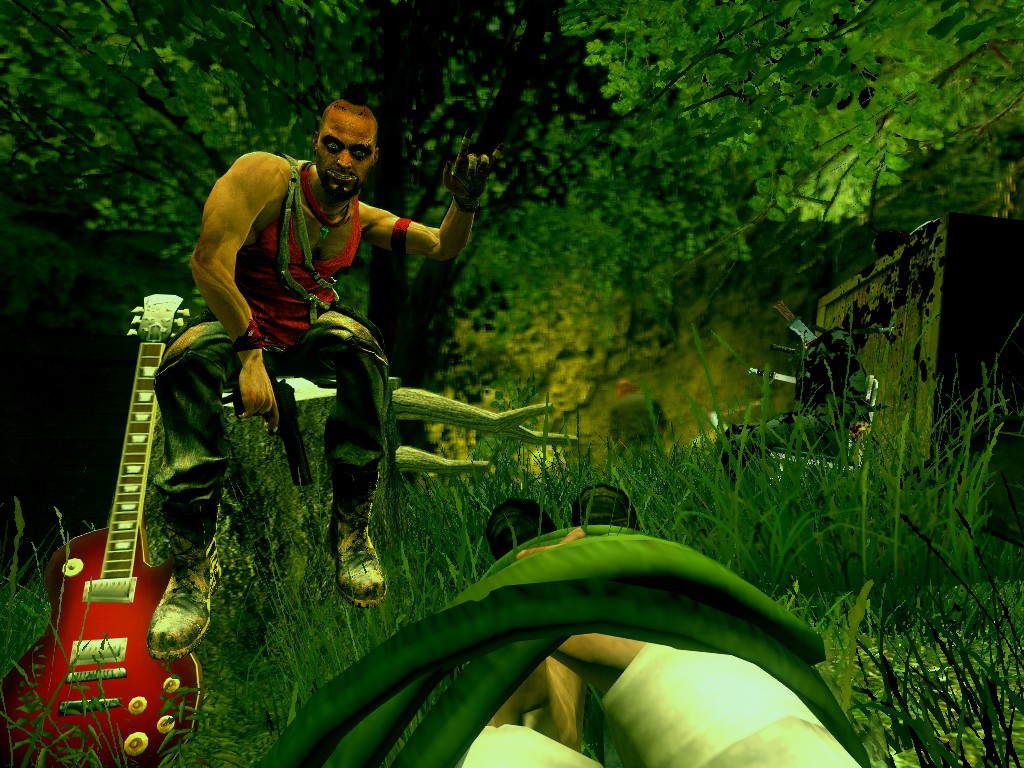 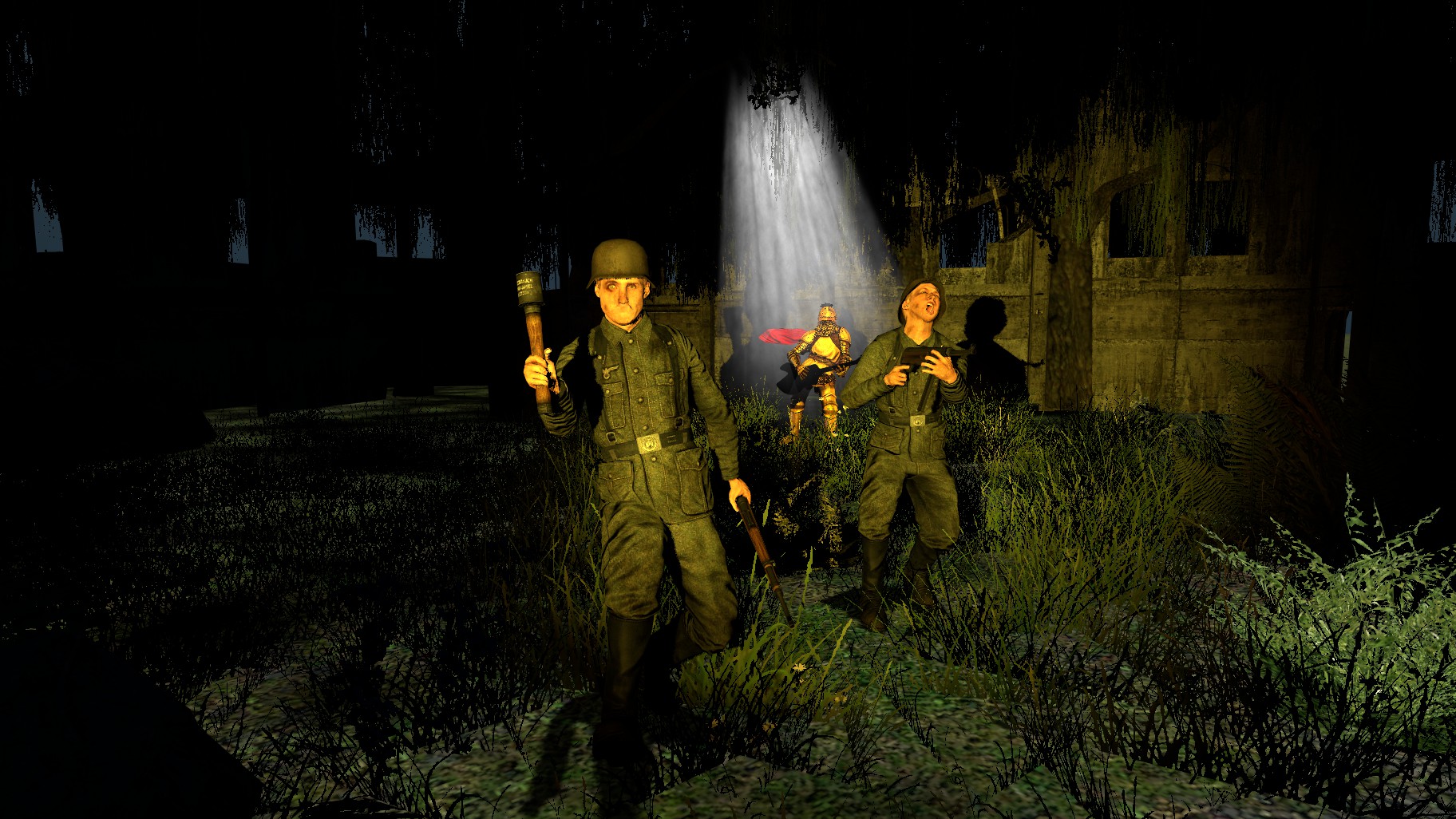 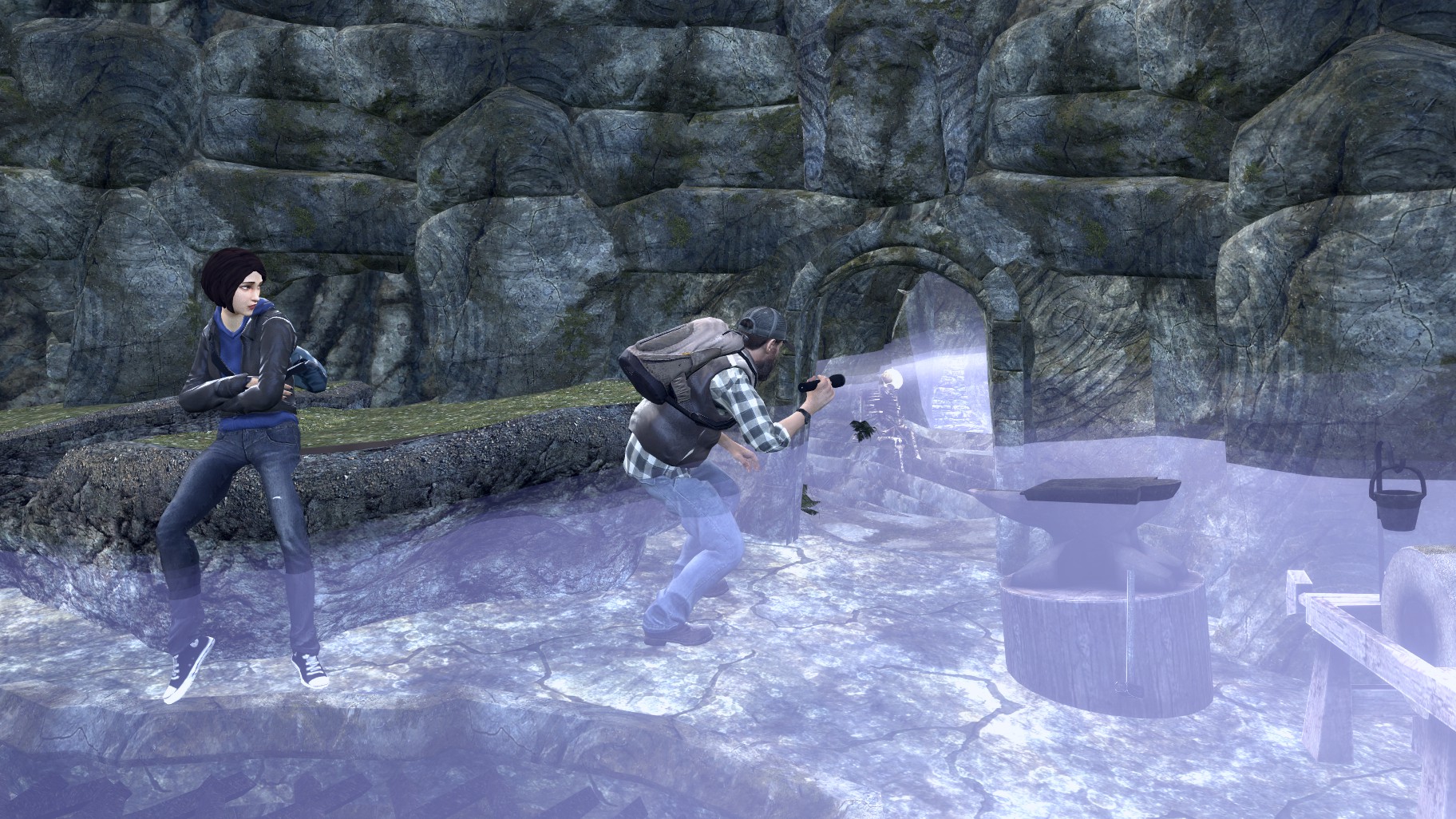 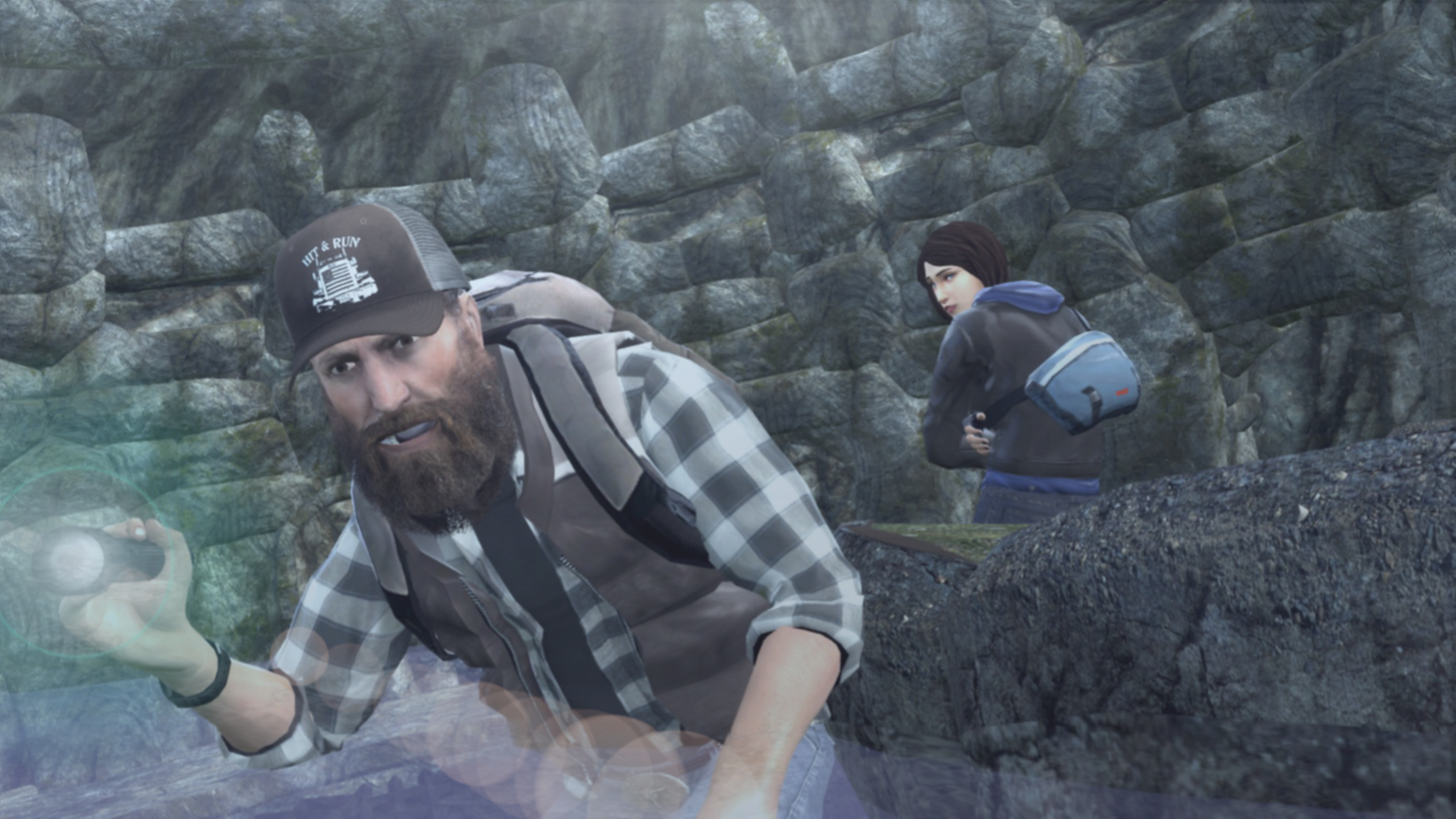 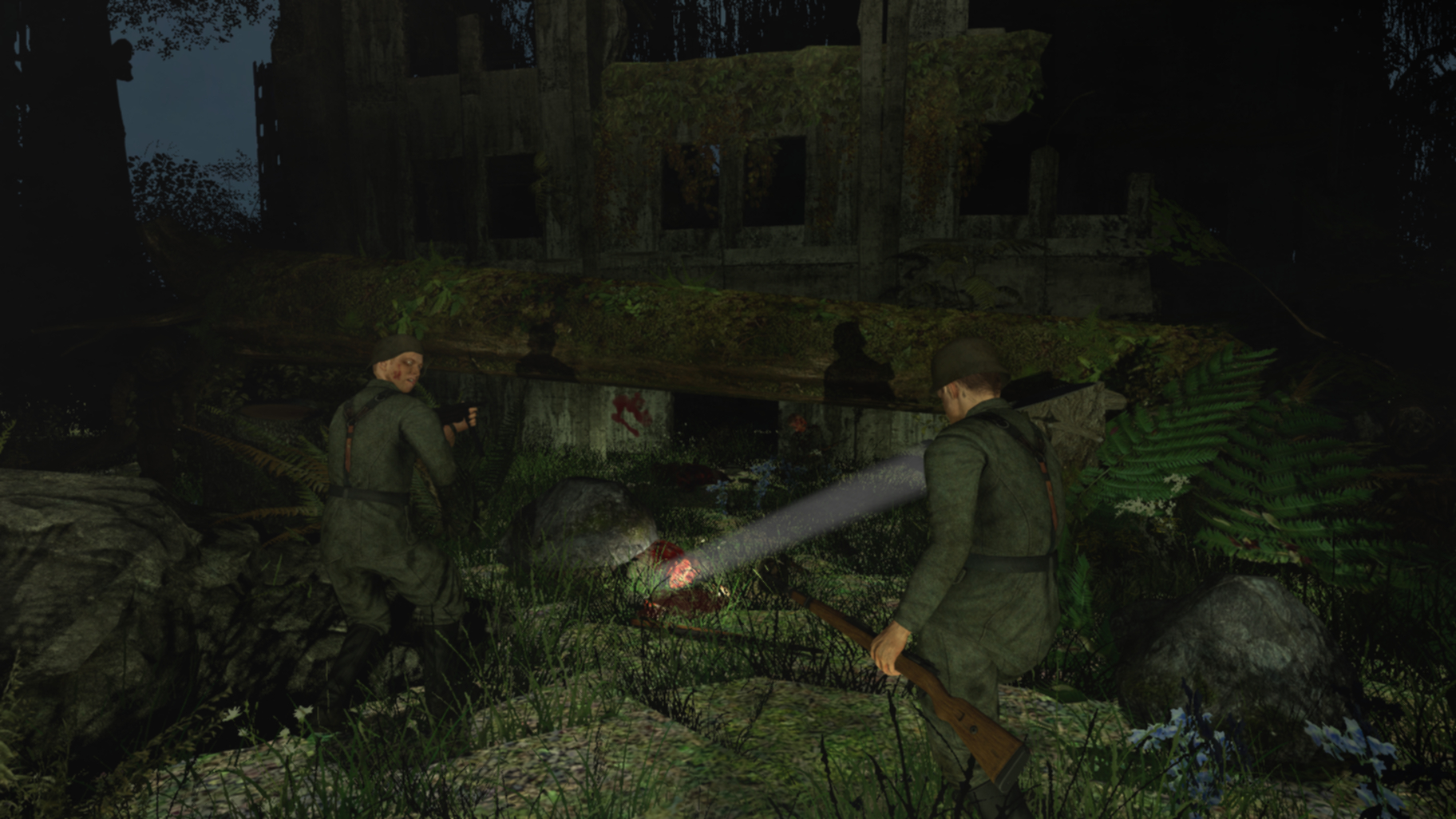 Here are my Posing 101 and Lighting 101 tutorials!

http://steamcommunity.com/sharedfiles/filedetails/?id=122245201
Thanks!
Thanks for reading!
If you found this useful and have a few cases or cheap skins etc. to spare for csgo, feel free to donate here: https://steamcommunity.com/tradeoffer/new/?partner=16788416&token=c2TlPKdH
(I'm shameless lol).
Feel free to share your scenebuilds below!
< >
50 Comments

MisterRoboot Oct 4, 2015 @ 9:59am
What do I do if I want to scenebuild an indoor screenshot? Do I have to do anything different? Or will I have to make the indoor background myself?