Store Page
Arma 3>  Workshop > Sombie's Workshop
This item has been removed from the community because it violates Steam Community & Content Guidelines. It is only visible to you. If you believe your item has been removed by mistake, please contact Steam Support.
This item is incompatible with Arma 3. Please see the instructions page for reasons why this item might not work within Arma 3.
Current visibility: Hidden
This item will only be visible to you, admins, and anyone marked as a creator.
Current visibility: Friends-only
This item will only be visible in searches to you, your friends, and admins. 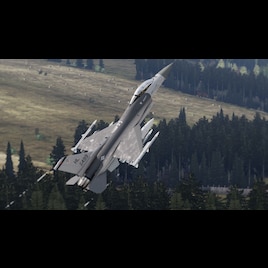 Sombie
Offline
See all 123 collections (some may be hidden)

This item has been added to your Subscriptions. Some games will require you to relaunch them before the item will be downloaded.
Description
The 421st Fighter Squadron is part of the 388th Fighter Wing at Hill Air Force Base, Utah. It operates the Block 40 General Dynamics F-16 Fighting Falcon aircraft conducting air superiority missions. The squadron is one of the most decorated fighter squadrons in the United States Air Force, being awarded three Presidential Unit Citations and seven Air Force Outstanding Unit Awards for Valor in Combat.

The unit was originally formed as the 421st Night Fighter Squadron in 1943. After training, it was deployed to Fifth Air Force and ordered to New Guinea to provide air defense interceptor protection against Japanese night air raids on USAAF airfields. It later served in the Philippines Campaign where in addition to night interceptor missions it also flew day and night interdiction missions against enemy troop movements, bridges and other targets of opportunity. It later served on Okinawa and in Occupied Japan where it was inactivated in 1947.

It was reactivated by Tactical Air Command in 1962 as the 421st Tactical Fighter Squadron. Equipped with F-105 Thunderchiefs, it deployed to Southeast Asia and engaged in combat operations over North Vietnam. It returned to the United States and was re-equipped with the F-4D Phantom II and returned to Southeast Asia for a second and later third tour of duty in the Vietnam War. It was one of the first USAF Squadrons equipped with the F-16A Fighting Falcon in 1980; and went on to serve in the 1991 Gulf War. In recent years, the squadron has deployed to the United States Air Forces Central Command, engaging in combat during Operation Enduring Freedom and Operation Iraqi Freedom.

This skin was created for Air Combat Command, An Arma 3 Milsim unit that is centered around Air Combat and ground troop support. Come visit us at AirCombatCommand.com or ACC.TS.NFOSERVERS.COM

sharedgiraffe55 Jan 8 @ 9:07am
hey could this be updated its a great mod and aircraft but the tail is missing and it would be nice to fix it