Greenlight > Concepts > Supa Hot Fjalla's Workshop
Greenlight is being retired. For more information on how to submit games to steam, refer to this blog post.
This item has been removed from the community because it violates Steam Community & Content Guidelines. It is only visible to you. If you believe your item has been removed by mistake, please contact Steam Support.
This item is incompatible with Greenlight. Please see the instructions page for reasons why this item might not work within Greenlight.
Current visibility: Hidden
This item will only be visible to you, admins, and anyone marked as a creator.
Current visibility: Friends-only
This item will only be visible in searches to you, your friends, and admins.
Tunnelers
Description Discussions1 Announcements2 Comments31 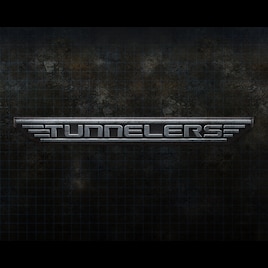 Supa Hot Fjalla
Offline
See all 3 collections (some may be hidden)
Recent Announcements View All (2)
Soundtrack Available for Download!
May 30, 2013 - Supa Hot Fjalla

{LINK REMOVED}http://www.mediafire.com/download/bw8tn4e4m54ya8a/Tunnelers_Soundtrack.rar
The soundtrack is available for download! For FREE!

http://www.youtube.com/playlist?list=PL6EA376D35BA607AA
The whole soundtrack is now available on YouTube! What are you waiting for? Watch it!

Read More
Description
Tunnelers is an upcoming free online top-down MMO action shooter created by Floating Minds. It is a successor of the well known Tunneler game for the DOS operating system.

The Story
The role of the player is to play for one of the three factions. Each of the factions have different tanks with different abilities, properties but mainly weapons. The goal is to destroy the opponent to get an access to the infinite source of energy.

Game Features
Tunnelers provides a variety of different features which are designed to entertain the player. The players have the opportunity to play against thousands of international players, thanks to the multiplayer online game engine. There are four game modes. Each of these modes are very specific and the rules in each one are different, however, the goal stays the same. The environment is in stunning 3D graphics. On top of this, the instant action that the player is drawn into immediately is driven by a dynamic, action controlled soundtrack.

The information after each match will be collected and published in the player's profile page on the Tunnelers website. These statistics range from Hours played to Accuracy. There are ten tanks to choose from in three classes. Each tank is equipped with a unique primary weapon, providing varied gameplay for each class. A variety of secondary weapons can be unlocked as the player progress.
Popular Discussions View All (1)

Supa Hot Fjalla  [author] Feb 6, 2014 @ 7:32am
Officially the project is dead, but not for me :) I'm trying my skills as a coder to recode it in Unity. If you want to check it out, join this group http://steamcommunity.com/groups/tunnelersfans , look at my site where I publish (or will publish) blog posts about how am I with the development http://www.howtovacuumgames.6f.sk/ , and if you are on twitter, you can follow me on my new twitter account @DoctorJellyface . I hope that's enough information :)

q-parser Feb 6, 2014 @ 6:47am
Is this project still alive? I haven't seen an update for quite some time. The project's page as well as the developers' one is no longer working. That would be a shame.

ShadowCrush  [author] Aug 27, 2013 @ 2:57am
Any Tunnelers fans, make sure to join our newly established group, Tunnelers Fans . Other than just gathering the fans, we'll be using this group to attempt bringing Tunnelers back to life, as well as keeping every member up to date, in case of any development on the matter.
Make sure to read how you can help bringing back Tunnelers !

ShadowCrush  [author] Aug 24, 2013 @ 3:38am
No, we have no news as of yet, it's been rather quiet.
I urge everyone to raise their voices. We need to let the developers know that there's still people out there that wants to play the game. Do something simple, like drop a comment on their Facebook page or something, saying that they should bring the game back. The bigger crowd we can make, the better our chances.
Spread the word, if you know other Tunnelers fans, bring them in on this.