Store Page
Crusader Kings II>  Workshop > Cyrus Katania's Workshop
This item has been removed from the community because it violates Steam Community & Content Guidelines. It is only visible to you. If you believe your item has been removed by mistake, please contact Steam Support.
This item is incompatible with Crusader Kings II. Please see the instructions page for reasons why this item might not work within Crusader Kings II.
Current visibility: Hidden
This item will only be visible to you, admins, and anyone marked as a creator.
Current visibility: Friends-only
This item will only be visible in searches to you, your friends, and admins. 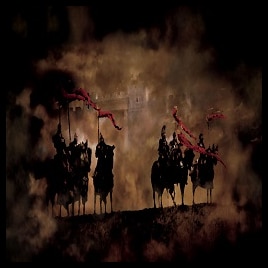 Cyrus Katania
Offline
See all 45 collections (some may be hidden)
You need DLC to use this item.

This item has been added to your Subscriptions. Some games will require you to relaunch them before the item will be downloaded.
Description
Hello and welcome!


What is "482 - The Dark Ages"?
"482 - The Dark Ages" is a Mod for Crusader Kings II introducing a complete new era.
It is called 'The Dark Ages' or formal 'The Late Antiquity'. The Game start in A.D. 01.01.482, in the year the Meroving-King Chlodwig I. claimed the franconian throne, and is about to end 1000 years later, 10 years before America is discovered by Christopher Columbus.


What offers "482 - The Dark Ages"?
With a focus on the events surrounding the unification of the Franks under Clovis I (ingame Chlodwig I), as well as the destruction of the Western Roman Empire about 30 years after the death of Attila, the mod offers contemporary cultures, religions and much more. It is possible to play a Roman governor in the decaying West Rome, as well as an Ostrogothic warlord, Vandal despots or gautious Northmen.
Against the background of the legends of Beowulf, King Arthur, the Nibelungen saga u.v.m. It is possible to rewrite the history of Europe.


Gamerules/Options:
This Mod offers additonal several Gameoptions. For example you can disable 'Plague of Justinian' by request or even the 'early Muslim conquests'.


Fantastic Elements:
This Mod offers some fantastic elements to underline the 'Age of Heroes'. Many legendary characters will appear and also several new mystic artifacts. By request you can disable this part via Gameoptions.


Is this Mod compatible to other Mods?
Short: No, it isn't! It is a complete rework of a historic setting and tons of vanilla files are overwritten. So there will be no compatibility at all.


Do I need the DLCs/AddOns to run this Mod? And if yes, which ones?
This Mod should work without any DLCs/AddOns, but it will feature less content without them.
Recommended is playing the Mod with all DLCs/Addons, in particular the main AddOns (Charlemagne, Sons of Abrahams, Sword of Islam, Legacy of Rome, Horse Lords, The Republic, Way of Life, Rulerdesigner, Reapers Due, Monks and Mystics etc.).


Known Issues/Bugs:
1.) Either the Era-Window shows the vanilla-/AddOn-Eras with the Mod activated, don't start them, this will cause a CTD.
2.) The EU IV Converter doesn't work.


Versions of the Mod:
This Mod was done in german, but it should work in english, too. The localisations of the french and the spain versions were written in english.

Some suggestions and changes for the British Isles
A0978
< >
275 Comments

IvartheBoneless865 Jun 22 @ 10:43am
Hi. I have a suggestion for this mod. I think that is critical that you modify the tendency of crusades towards pagan kingdoms. It is not realistic that in the year, for example, 650 A.D, Cristians have conquered all Europe with Crusades, and that they can declare Crusades to Saxons, or Celtics. I really think a modification like this would make the game realistic, and not so frustrating, if you're playing as a pagan.

theirishturtle May 18 @ 8:33am
You're sure you can't update this mod one or two final times for the latest version?

鹅食苏露☭藤盘萝上 May 15 @ 5:22pm
The mod is great ！ I have two suggestions about the Northern Wei - China Empire.
In the mod, Tuoba are Taoist monarchs. In fact, Tuoba are famous for its worship of Buddhism.It was during the reign of Tuoba that Chinese Buddhism developed rapidly.Many famous Chinese Buddhist achievements, such as Shaolin Temple, Dharma's Zen, Longmen Grottoes and Mogao Grottoes, were completed in the period of Tuoba Dynasty.
The Tuoba dynasty did not have the protective of the western regions in the Han and Tang Dynasties，but it's too crude to call China directly.At that time, there was a professional term called Guan Long military group，the leaders called 柱国 （means 'The pillar of the country'）.
I wish author will consider my suggestions.

🐍ThE_GreeNGoD🐉 May 9 @ 2:14pm
Can i make russian translation for your mod?

Hillbilly Orchestra May 5 @ 6:09pm
Shame this was a great mod used it for years. Thanks for keeping it updated as long as you did though.

IhateTrains [only dust2] Apr 23 @ 11:22am
Shameless self-promotion but WtWSMS starts in 476 and is still alive https://steamcommunity.com/sharedfiles/filedetails/?id=1247274300