Store Page
Master of Orion >  Workshop > Spud Dastardly's Workshop
This item has been removed from the community because it violates Steam Community & Content Guidelines. It is only visible to you. If you believe your item has been removed by mistake, please contact Steam Support.
This item is incompatible with Master of Orion. Please see the instructions page for reasons why this item might not work within Master of Orion.
Current visibility: Hidden
This item will only be visible to you, admins, and anyone marked as a creator.
Current visibility: Friends-only
This item will only be visible in searches to you, your friends, and admins. 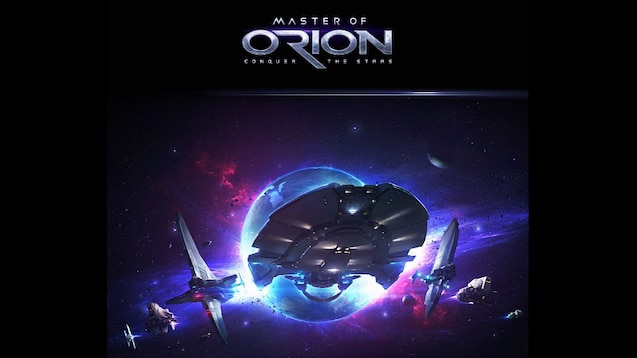 Spud Dastardly
Offline
See all 5 collections (some may be hidden)

This item has been added to your Subscriptions. Some games will require you to relaunch them before the item will be downloaded.
Description
This is a lighter version of 5X - The Ultimate Balance Mod. This version includes all of the balance adjustments of 5X but with none of the added technologies or modifications to the tech tree. This mod is intended for those who like many of the balance adjustments 5X offers but don't like all of the added technologies, extra uber biomes, etc. Players should not use this mod at the same time as the full 5X mod. Load this mod after UCP.

Major features from 5X included with this mod:
Other minor changes:

It specifically does not include the following from 5X:


Feedback is welcome! If there's something in 5X you would like to see in this mod, or something in this mod you want me to remove to make this lighter version right for you, let me know and I'll see about doing it.
< >
56 Comments

Tommy Gray x Land Raider Mar 22 @ 3:13pm
I wonder if there could be a new Racial Trait:
Disaster Resistant. Has smaller point cost than lucky. Certain Negative Random Events will have a reduced effect on this race.
"This race has learned to adapt to sudden disasters and therefore, are less affected by most negative events."

Examples:
Quakes have half effect (Number of structures and population destroyed / 2)
Plagues and Supernovas require 50% research of standard to neutralize.
Computer Virus halves research progress on the current progress but briefly increases total research output until the lost progress is made up.
Industrial Accidents Generate half as much pollution.
Diplomatic Misunderstandings and Assassination Attempts result in half of the disposition loss as normal.

Aarobot Dec 20, 2021 @ 6:23pm
Thanks, that little hack worked perfectly! I didn't try progressing the game yet but I can see the Inferno Transformation showing up for barren planets now.

Tangentially, I also think I discovered why modifying the Modding\AntaranSettings.yaml didn't seem to be doing anything - 5X Lite supplies its own version of that file, too.

Aarobot Dec 20, 2021 @ 12:10pm
Okay, thanks for the clarification. I don't suppose there'd be any way for me to bring over just the biome tweaks (without all the other tech changes) from 5X, like copying something over or editing a config file?

Silicoids really kind of suck without a reliable terraforming path (for other races, Terran/Gaia is still pretty good even if it's not as good as the uber; Silicoids, it almost makes things worse). It'd be really nice to get that one tweak in a lite or standalone version, even if I have to do some work on my own to do it.

Good concept though. Much more logical than making all their worlds gaia. Maybe i'll upgrade off of lite.

Spud Dastardly  [author] Dec 19, 2021 @ 10:33pm
5X Lite makes no change to uber biome transformations from vanilla. This means the Silicoids can only transform volcanics. This is an intentional difference between 5X and 5X Lite.

As a side topic, diplomacy with silicoids is weird because they can't make some. I didn't know this until i reread everything.

Aarobot Dec 19, 2021 @ 5:58pm
I'm running UCP and 5X Lite only - no other mods, 5X Lite at the bottom, and something seems wrong when playing as Silicoid. The Inferno transformation is not available on Terran OR Barren planets, it's only showing up for Volcanic. Is this an intentional difference between 5X and 5X Lite, or is it a bug?

It's very confusing because the tech tree says it works on Terran, the 5X changelog says it was changed to Barren, but in the game it's neither.

Bubs Dec 3, 2021 @ 5:25am
It didn't work changing order. I did a couple other things too, but went to uninstalling everything and redoing game, then this, then ucp re-installation.

The silicoids work at least and the top right of the screen (UCP s.0.6.3.a, etc) on menu is brighter for some reason. I see detection ranges of ships now. I'm guessing it all works as intended.
< >