Greenlight > Games > losersoffline's Workshop
Greenlight is being retired. For more information on how to submit games to steam, refer to this blog post.
This item has been removed from the community because it violates Steam Community & Content Guidelines. It is only visible to you. If you believe your item has been removed by mistake, please contact Steam Support.
This item is incompatible with Greenlight. Please see the instructions page for reasons why this item might not work within Greenlight.
Current visibility: Hidden
This item will only be visible to you, admins, and anyone marked as a creator.
Current visibility: Friends-only
This item will only be visible in searches to you, your friends, and admins.
Numinis Online
Description Discussions3 Announcements4 Comments293 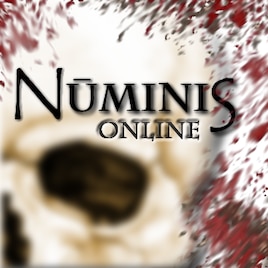 losersoffline
Offline
See all 6 collections (some may be hidden)
Recent Announcements View All (4)
Q & A + Demo
May 10, 2013 - losersoffline

We are invited to a livestream Q & A Interview hosted by Eteeski on Saturday 11 May 2013 @ 2pm. We would like you to attend! We will also have a very small sample / demo of dragon flight for you to play. The dragon flight demo gets you familiar with how the dragon flight controls operate, and 1 of several attacks that will be implemented at launch. You may watch the livestream here http://www.twitch.tv/eteeski.

If you've missed the Interview, you can see it here: http://youtu.be/alNUt8TFbUw

Thanks all, we'll see you there!

We have submitted Numinis Online as an Indiegogo project to gain additional support for the game.

Though Numinis was originally slated to be in beta by the end of 2012. We were unable to keep the pace, due to real life scenarios. Fortunately, our families support has been tremendous, and we were able to keep the development alive by meeting up before and after work, and in between daily activities.

We have turned to the popular crowd-funding, because we are nearing completion of the game, and we still have some financial requirements to fulfill. We have been able to scrape up enough “out of pocket” funds to get us this far, but we aren’t there yet. We still need to acquire specific licenses, servers and minor hardware / software components to see this project to completion.

We hope that you become a supporter of Numinis Online.

Read More
Description
Release date: Q2 - 2013
Overview:
Numinis Online is a first-person-shooter , intense, fast, and brutal player versus player combat with an epic fantasy twist. Several dangerous battlegrounds, which will bring your strategic leadership forefront. Decimate your enemy's in close combat, ranged, magical or any of these combinations, as well as obliterating your enemy from above. Ride diverse mounts into battle or fly and control dragons to aid your team. Tip the balance of war in your favor with a unique arsenal of spells and weapons.

Originally posted by Richard Glenn, Indie Game Magazine:
The game dedicates its entire focal spectrum to the growing online multiplayer environment, supporting net-based showdowns for anywhere between two and sixty simultaneous combatants. And once battle commences, you’d better believe that things just got real (well, perhaps not quite), with players free to unleash close combat flurries, ranged assaults and magical conjurations upon their miserly adversaries, who can do little but cower in the face of their assailant’s devastating onslaught.

By the way, you can also mount dragons. Dragons. Let’s run that past you again – dragons. And they fly, breathe fire and all that jazz. There’s really little more that needs to be said, but it would be woefully amiss of me not to mention that you’re inevitably likely to encounter dragon-commandeering plebs on your opposing team too, opening up a whole new world of interactive possibilities with perhaps the first ever incarnation of what I’d like to call “dragon dogfighting.” And who wouldn’t want to engage in mid-air jousts on the back of a giant fire-breathing lizard? Nobody.

Your Take on Player versus Player?
losersoffline

losersoffline  [author] Oct 14, 2014 @ 8:59am
Thanks for all the support! We are still well into development! Its obviously taking longer than expected with no funding, but we refuse to give up! :)