Store Page
Divinity: Original Sin 2 >  Workshop > Liyalai's Workshop
This item has been removed from the community because it violates Steam Community & Content Guidelines. It is only visible to you. If you believe your item has been removed by mistake, please contact Steam Support.
This item is incompatible with Divinity: Original Sin 2. Please see the instructions page for reasons why this item might not work within Divinity: Original Sin 2.
Current visibility: Hidden
This item will only be visible to you, admins, and anyone marked as a creator.
Current visibility: Friends-only
This item will only be visible in searches to you, your friends, and admins. 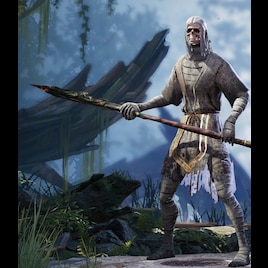 This item has been added to your Subscriptions. Some games will require you to relaunch them before the item will be downloaded.
In 3 collections by Liyalai
Spears!

3 items
Description
Scaling is based off whatever weapon you have equipped. This is just how the game functions.
Note: If you are having issues with the new icons being very blurry, this is due to your texture quality being set to a lower value. This is a bug in the way the game I decides (I assume) to compress textures. The compression should not be happening for UI assets. I've reported the bug on the forums, so hopefully larian pushes a fix soon.


Please report any bugs and i'll try to get them resolved quickly.

I've done some testing regarding balance for the skills, if you have any problems please inform me.

Jab
Jab the target with your spear.
2AP Cost & 3 Cooldown

Sweeping Slash
Hits targets in an arc infront of you.
2AP Cost & 3 Cooldown

Piercing Thrust
Hits targets in a line infront of you.
2AP Cost & 3 Cooldown

Necrotic Strike (This may be changed back at a later time to a self buff)
Spear attack that deals damage and causes Atrophy on target.
2AP Cost & 6 Cooldown

Wicked Spiral
Perform a spinning attack, hitting enemies near you and causing them to cower in fear.
3AP & 5 Cooldown

Celestial Spear
Leap to target position, does piercing damage to enemies and allies near landing area. Increases your damage based off nearby enemies.
2AP & 4 Cooldown


Credit to: https://www.trishli.com/ For the amazing icons and the skill sheets!

Thanks to baardvaark for helping me figure out some bugs with the editor.

==Note==
I've created a patreon to help offset the cost of art assets for all my mods, present and future.
If you'd like to give some support i'd greatly appreciate it.
Patreon[www.patreon.com]
Popular Discussions View All (5)

Building to a Role
VendettaChef
< >
354 Comments

leagueofdragonballz Dec 4 @ 7:34pm
@RoozterIllusion If your still givin out the DE version of the tempest Mod would love it if you share it with me.

Psykomantis_Fr Feb 16 @ 12:40am
Hello RoozterIllusion.
To start I apologize for the English via google translate :-).
I just read on the DOS2 page of the Tempest Class mod, that you proposed to send the DE version to people who ask for it. Is it still possible?
I would love to be able to build a real spear build!
I thank you ;-)

Lama Rasputin Jan 6, 2021 @ 5:01am
@roozterillusion seems people are asking for the DE version here, so I guess I'll join the their cries ^^ Could I please get the DE version? Thanks
< >