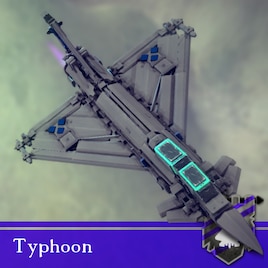 66 items
Description
The Typhoon is a air-superiority fighter jointly developed by multiple countries. Excellent maneuverability and multi lock-on weaponry make dogfights against numerous opponents its specialty. The combination of the canard wing, called a close-coupled delta, and the delta wing give it great aerodynamics and agility befitting the name "Typhoon."

As requested by Luxray 102

This was sitting on my PC for a quite bit time because it was hard to finetune. It flies good now. The controls are quite sensitive, useful for making a super sharp turn. Its canard control surfaces give it exceptional agility at both supersonic and subsonic speeds.