Greenlight > Games > Ripstone's Workshop
Greenlight is being retired. For more information on how to submit games to steam, refer to this blog post.
This item has been removed from the community because it violates Steam Community & Content Guidelines. It is only visible to you. If you believe your item has been removed by mistake, please contact Steam Support.
This item is incompatible with Greenlight. Please see the instructions page for reasons why this item might not work within Greenlight.
Current visibility: Hidden
This item will only be visible to you, admins, and anyone marked as a creator.
Current visibility: Friends-only
This item will only be visible in searches to you, your friends, and admins.
Knytt Underground
Description Discussions6 Announcements8 Comments736 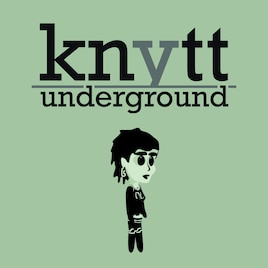 Ripstone
Offline
See all 88 collections (some may be hidden)

View Knytt Underground in the store

The team have been busy enhancing the game with Steamworks support; it now includes Steam Achievements and Trading Cards. The game also features the Infinity Hype update which includes lots of cool new content based on feedback from the your feedback via the Reddit AUA and even more quests, rooms, and secrets. Making an already huge game even bigger!

Again, we'd like to thank everyone for their support - the messages and feedback you've given has been great & we've loved reading the comments.

Read More
THANKS FOR YOUR SUPPORT! KNYTT UNDERGROUND HAS BEEN GREENLIT!
October 3, 2013 - Ripstone

Thanks to all your awesome support it's finally happened! Knytt Underground has been Greenlit!

The game has recently undergone massive improvements in the Infinity Hype Update; so Mi's huge underground world is now even bigger; including extra secrets, additional story-driven quests and much, much more! For more details on the Infinity Hype Update watch the trailer on the description tab here: http://steamcommunity.com/sharedfiles/filedetails/?id=113281105

Knytt Underground will be available for all you lovely Steam users to download and play very soon! Massive thanks to all who voted and helped spread the word about the game!

As soon as we have an exact release date we'll let you know :-)

Humans have long since abandoned the planet after practically destroying it in a war, five hundred years ago. The remaining population of Sprites, Fairies (and various other life forms) now live in mysterious tunnels underground – where they are trying to discover the secrets of their origin and the meaning of life.
Mixed up in all of this curiosity is Mi – a mute but extraordinary sprite! She develops special powers as the game progresses and embarks upon many exciting quests on her adventure. Her main goal is to find and ring the six bells of fate before time runs out. If she doesn’t a destructive chain reaction will begin that will obliterate the entire planet! There’s one small detail though; the odds are it’s just a superstitious nonsense and the world isn’t really ending…

With an array of thrilling quests to complete, unique zen-like gameplay and plenty of dynamic
characters to meet and guide you on your adventure – Knytt Underground delivers a
captivating and unparalleled experience that will not disappoint!

Key Features:
• Zen-like gameplay, vibrant environments and dynamic characters
• Compelling and thought provoking storyline
• An ambient and immersive audio experience
• Over 1,800 rooms to explore and multiple story-driven quests to complete
• Switch between human and ball form for an unparalleled sense of freedom
• Open world, ready to be explored by you (at your own pace)

Vote for Knytt Underground today and soon you can begin your journey through this vibrant and enchanted underground world!

What people have been saying:
“Excellent indie platformer" God is a Geek

“These Knytt Underground screens are quite dreamy” Game Zone

⎛⎝Chrispwns⎠⎞ Oct 29, 2013 @ 9:14pm
For everyone wondering you can get your steam keys here (http://www.desura.com/collection) Just login to your desura account and then click "Keys" there should be a steam option. Also the Indiegala version gives keys.

『Toast Nomonberg』 Oct 27, 2013 @ 12:52pm
I'm confused so I might as well ask like the other two below me. Will we be getting steam keys from indiegala? Knytt Underground was the main reason I even bought that bundle to begin with.

Knytt Underground has been Greenlit and is now listed in the Steam store. For the latest information, purchase options, and discussions for Knytt Underground, please see it on the Steam Store or in the Steam Community.
Visit Store Page
For more details Visit Community Hub
For latest discussions
If you really, really want to, you can continue to the Greenlight page. Information on this page may be out of date, since all the action has moved to the areas noted above.