Store Page
Starbound>  Workshop > Fordola's Workshop
This item has been removed from the community because it violates Steam Community & Content Guidelines. It is only visible to you. If you believe your item has been removed by mistake, please contact Steam Support.
This item is incompatible with Starbound. Please see the instructions page for reasons why this item might not work within Starbound.
Current visibility: Hidden
This item will only be visible to you, admins, and anyone marked as a creator.
Current visibility: Friends-only
This item will only be visible in searches to you, your friends, and admins. 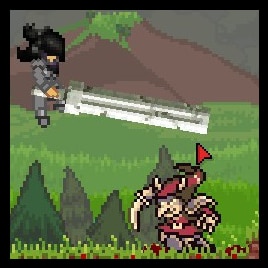 Fordola
Online
See all 165 collections (some may be hidden)

This item has been added to your Subscriptions. Some games will require you to relaunch them before the item will be downloaded.
Description
>> UI Mod is not included - Download Here <<

The mainfocus of this mod?
Well, its a mod, but the way I mod, I try to edit so much to make the whole game look like another game xD
Why do I not play another game instead? Because I LOVE modding.

Adds quite a few Weapons, a few Helmets, 2 Armors (those kinda for testing, but I wont create more of those, too lazy) based on certain games

!!This mod makes every enemy in the game drop "Ancient Essence" because the weapons you craft start at LV1 and you can upgrade it with the Upgrade Table which is also included <- have fun farming essence to get the weapons to next tier (may need some tweaking of how much essence drops because for now it seems like it may be too little for the further tiers)

Also
Adds a few more variants of monsters based on certain games (remember, those games were not animated, so i kept them like that, well except the monsterpart ones)
You may encounter very strange creatures, some may look bugged, but i assure you, they are not

Changes the "Reward Bag opening sound" which just annoyed me to no end, also the Alarm sound

Adds a few more S.A.I.L. chips for when you use a S.A.I.L. replacer mod (not sure if thats a requirement for the mod or if it can go without, didnt test this yet)

"Probably" needs "Frackin Universe" in order to work because it uses the katana weapontype for a few weapons.

Me - Created the mod
projectmayhem - for helping me with some scripts

Also, worth to mention that I didnt actually plan to even release this, but since a person from the forums asked, I decided to do so afterall.
So dont bother complaining, i dont change up the mod just because you want it so.
However, I would take requests if you want a certain monster or weapon from a certain game to appear in the random roster.

This mod changes the whole Essence System <<<<< because of the special craftable weapons which are there so you can carry them throughout your whole journey.
< >
49 Comments

I think I love you Oct 29, 2019 @ 6:08pm
No need to hurry man, Just figured I'd let people who want this mod to know that it's currently broken and causes a CTD that way they don't need to dig through all their mods. Take your time and get well brew.

Myta Sep 28, 2018 @ 9:14pm
Well as I said after some troublehsooting I've found the case to be that there's simply nothing I can do,and at the end of the day I've decided to use your weapon packs as cosmetics as they are simply a hidden gem I couldn't let go,but with the Weapon Infuser mod it makes all your content viable at any level as it was intended,just a minor work around to avoid losing all the content from the Extended Story mod

Fordola  [author] Sep 28, 2018 @ 7:17pm
sounds like something, especially since i used frackin for a loooong time with this too and is partly built on it too

Myta Sep 28, 2018 @ 6:47pm
As of right now I'm only using 2 mods that effect gameplay in a way I could think would cause this,1 being Frackin' Universe and the other being Extended Story,of course without troubleshooting and un-installing mods I'd have to assume it's Extended Story as there is a "Weapon Upgrading Module" that exists inside of the mod,this makes me think that both the mods contain an item ID of "Weapon upgrading Module" which causes an error that makes the "Missing Upgrade Kit" bug happen

Fordola  [author] Sep 28, 2018 @ 9:58am
other person said its probably an issue with another mod
i didnt have this issue when playing only this mod, other people i played with didnt have this either
im not sure what could cause this, would have to check some mods out to see

Myta Sep 28, 2018 @ 3:30am
So I've tinkered around with the crafting items in the game "Upgrade Kits" arn't craftabole it seems they can only be looted or spawned in,but I read through comments and see you don't actually know how to spawn them in,is there any information I could get on how to find them as I was hoping to impliment this mod into my discord's server and have literally no info on it right now and playtesting is not going well
< >