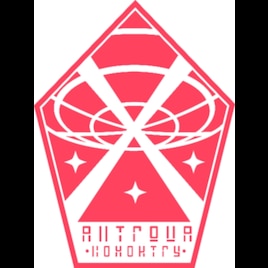 XCOM 2: War of the Chosen
Required items
This item requires all of the following other items
X2WOTCCommunityHighlander v1.23.2
Created by

robojumper
Offline
See all 3045 collections created by RealityMachina and other people (some may be hidden)
You need DLC to use this item.

This item has been added to your Subscriptions. Some games will require you to relaunch them before the item will be downloaded.
In 1 collection by RealityMachina
RealityMachina's War of the Chosen Mods

94 items
Description
Because the Chosen appearing on missions that could muck up your battles wasn't enough. (This means they fight with the aliens)

The MOCX Initiative introduces humanity's worst enemy to the game: itself. Starting by default with May, you run the risk of facing enemies that effectively resemble XCOM on the battlefield: they have their own classes, they gain ranks, they even have PCSes.

Normal MOCX squads will be introduced to most missions as a SITREP modifier (added through special means in the mod itself: there is a rookies variant that is treated as a normal SITREP.): you should see it when deciding whether to set up a squad for the mission, if it's been rolled for it.

These MOCX squads, excluding the special missions featuring them, will not appear on the map at first: they will be called in by ADVENT once XCOM reveals their presence on the map.

The good news is that in contrast to the endless alien hordes and ADVENT clones, MOCX soldiers are relatively unique and not easy to train, they can run out of soldiers to throw at XCOM for the month, whether through death or because all of them are injured. They won't be constantly coming back like the Chosen. In addition, if you work with the factions, you can ultimately topple them and stop them from taking any further action in your campaign. It will take time however, time and Covert Actions that could be used for other purposes.

They are also disallowed from spawning on a mission if an alien ruler will already be active in that mission.

Check the discussion tab for pinned topics for specifics on stuff like MOCX ability availability, when MOCX can appear, how to customize MOCX, the rules for using units from the character pool, etc. It also contains information on just how MOCX upgrades throughout the campaign.

Known Issues
If you happen to not have a mission spawn, type in MOCXSpawnFirstMission, MOCXSpawnSecondMission, or MOCXSpawnFinalMission depending on how far you were in to the mission chain.

There is a false positive with how the mod adds wall climbing in the Alternate Mod Launcher with the mods Genji Redux, A Better Advent, and World War L. Please ignore this specific warning.

Other Features
You can capture bleeding out MOCX units via carrying them out with a unit and evacing them as though they were a normal XCOM unit. The chance of this succeeding varies depending on the downed HP of the MOCX unit and the experience of the MOCX unit.

Essentially: more perks = lesser chance to grab them if they're not at 1 HP, although this is only relevant if...

If you use Extract Corpses, you can instead use the fulton balloon to extract bleeding out or otherwise stunned MOCX units. The HP factor when it comes to capturing will be more relevant however: a healthy MOCX unit is more liable to take a permanent way out before XCOM can properly secure them.

Known Issues
The alternate mod launcher will say there will be conflicts if Genji Redux, A Better Advent WotC, or World War L is installed. This is a false positive.

Credits
Thanks to CMDBob for Total Advent Weaponry, which this mod uses for custom weapons.

Thanks to Pavonis Interactive, for the Coil tier of weapons this mod uses.

Thanks to robojumper for overhauling the backend and adding in the MOCX Photobooth functionality, and making it possible for reinforcement drops to work.
Popular Discussions View All (39)

peter 6 hours ago
Is it possible to customize their appearance once in an active campaign? The MOXC are spawning in with invisible heads and a spark head for a hat, very weird looking.

Also, I'm finding them spawning in and firing on their first turn with nearly 100% accuracy through cover. Are they supposed to shoot on their first turn? I see the flare, make sure I have cover from it but when they spawn in they wipe out a couple of my guys before i can do anything.

Dragon32 10 hours ago
@Smersh
Possibly an imported character in your character pool using heads from a mod you don't have?

Smersh 20 hours ago
So I had some MOCX troops spawn in with invisible heads, is there any way to have that, well, not happen?

This makes it so the only retaliation missions are the Haven Assault missions, where the Resistance soldiers help out. It can help if MOCX has a chance to shoot something other than a civilian.

The Carnivore Jan 19 @ 7:19am
This mod is extremely unfair when it comes to earlygame retaliation missions. Otherwise I think its really cool, but in early-mid to even sometimes late game retaliation missions(depending on how the map layout is and how far the reinforcements are) its extremely unfair because of how the AI instantly aggros and kills civvies with you being able to do absolutely nothing about it. I dont know how you could fix it, but I think it should be addressed.

Blaze Jan 15 @ 5:04pm
I understand that Bleed-out was probably causing all sorts of issues, but I must confess, I'm disappointed in this replacement, as it does absolutely nothing to help MOCX units survive a battle. As it stands now, the only way for them to survive a battle is for the player to get utterly thrashed, or for the MOCX units to simply flee before the player can properly engage them; usually after several members of the team have already been killed.

Blaze Jan 15 @ 5:04pm
So, the recent changelog about "fixing" Bleedout doesn't actually *fix* Bleedout, it *replaces* it. Instead, they have a "Spec Ops Durability" thing that happens occasionally when they die, that instead puts them at 1 HP, and stuns them for like... 8 turns or 16 actions or something.

The problem is, this does absolutely *nothing* to prevent any other unit from simply shooting them again to finish them off, doesn't discourage any hostile-to-MOCX AI units from targeting them. I have no idea if they get an Auto-Evac at the end of the stun duration like they did with the Bleed-Out.

Nitsah Jan 15 @ 10:04am
Okay another but final update. I think I know exactly why this mod doesn't play correctly with lwotc. The game even with the mocx sitreps is trying to interact with lwotc mission types and reinforcements so it pulls an entire barracks therefore depleting it until the next month. However if you play on missiosn that spawn vanilla type stuff such as more covert actions/mocx mission progress they spawn correctly but those those soldiers would not return to the barracks but the rest will still be there.

Technically if someone wanted to make a compatible version a simple way and keep the spirit of the mod would to be just make them a normal enemy spawn and not a reinforcement spawn and not have a barracks. Should be a easier way basically making them a stripped down enemy mod with tier versions.

Nitsah Jan 11 @ 10:49pm
After doing further testing the mod works fine you just can't do the first covert action to find them. As they keep their barracks while doing it seems to kill off the faction and if you do a mission a barracks of 18 will disappear even though 6 appeared on a mission while keeping them around just deletes the soldiers that should have spawned on that mission. Just for anyone who wants a more wild campaign.
< >