Store Page
Arma 3>  Workshop > njmksr's Workshop
This item has been removed from the community because it violates Steam Community & Content Guidelines. It is only visible to you. If you believe your item has been removed by mistake, please contact Steam Support.
This item is incompatible with Arma 3. Please see the instructions page for reasons why this item might not work within Arma 3.
Current visibility: Hidden
This item will only be visible to you, admins, and anyone marked as a creator.
Current visibility: Friends-only
This item will only be visible in searches to you, your friends, and admins. 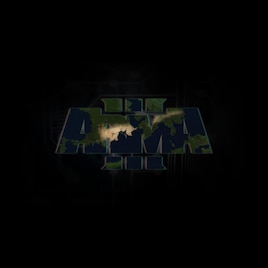 njmksr
Offline
See all 15 collections (some may be hidden)

This item has been added to your Subscriptions. Some games will require you to relaunch them before the item will be downloaded.
Description
The semi-official Arma 3 mod of the Kerbin Region. Get the custom camoes of all your favorite Kerbal nations of the NationStates Kerbin (now KerbinContinued) region here!

All Kerthenian patterns were designed by yours truly.

SERPAT: The camouflage pattern of most the Armed Forces of the Kerbal States, it is a tried-and-true splinter camouflage.

All Serrian patterns were designed by A-10C Thunderbolt II.

Currently includes all variants of MARPAT Hybrid and AOP as well as Woodland Type 1 for SERPAT.
< >
7 Comments

njmksr  [author] Apr 11 @ 1:36pm
just to explain something: we've got a nationstates region based on ksp, so this was made because several of the players made custom camouflages (including myself). I would update this with newer versions of the patterns... but I've half-forgotten how to Arma mod.

Adam We Apr 10 @ 7:24pm
Out of all the mod's ive come across on this cursed workshop, none have made me subscribe so fast.

njmksr  [author] Sep 3, 2017 @ 7:50am
Keep in mind that the Kerthenian jungle patterns and SERPAT Woodland Type 1 aren't anywhere near final. This mod is very much a work in progress.
< >