Store Page
Stellaris>  Workshop > Caligula Caesar's Workshop
This item has been removed from the community because it violates Steam Community & Content Guidelines. It is only visible to you. If you believe your item has been removed by mistake, please contact Steam Support.
This item is incompatible with Stellaris. Please see the instructions page for reasons why this item might not work within Stellaris.
Current visibility: Hidden
This item will only be visible to you, admins, and anyone marked as a creator.
Current visibility: Friends-only
This item will only be visible in searches to you, your friends, and admins. 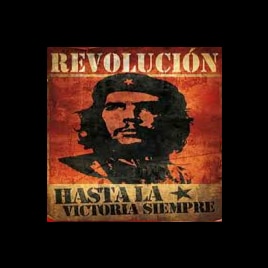 This item has been added to your Subscriptions. Some games will require you to relaunch them before the item will be downloaded.
In 1 collection by Caligula Caesar
My mod collection

6 items
Description
This mod significantly expands the Vanilla rebellion mechanics to make them a more significant threat to established empires. As it is, rebellions are fairly rare and pose virtually no threat whatsoever to your empire, as the revolutionaries start with huge disadvantages: They are one planet and have no fleet. Only in exceptional circumstances will they seek to join a larger empire. A successful revolution will also not impact on the likelihood of more planets revolting. One can therefore safely ignore unrest, or at least treat it as a minor annoyance.

This mod changes all that, through several measures that basically buff revolts and add more reasons for revolts to happen:

-Sow Unrest: Sow unrest in nearby planets using a planetary edict, unlockable by tech. Adds unrest and unhappiness modifiers to planets that are in range.
-Subsidise Rebels: Successful rebellions will ask nearby countries that are hostile to the country they are rebelling from to subsidise them. These countries can also gift them a fleet if their own fleet is strong enough (at least 200).
-Give the rebels resources: Rebellions are given a fleet based on their fleet capacity, an offensive army, unity (they used to start from scratch), and temporary modifiers that help them support their fleet and get themselves off the ground. However, without subsidies they will still not pose an existential threat unless there are multiple rebellions at once (which is now possible).
-Revolt into bigger countries: Rebels will now merge into a bigger country wherever that makes sense. Previously, they would only join their original owners if they were a nationalist revolt or an egalitarian empire if they were slaves. Now, they will join any country that is of their species, including, say, one that has emerged via a revolt.
-Introduce waves of unrest: If one planet successfully revolts, and you own other planets with high unrest, there is a chance (scaled by unrest levels and whether their grievance is the same) that they will attempt to revolt as well over the next few months (capped at six months, unless further revolts succeed). If a nationalist revolt succeeds, all pops in the empire of the same species will also get -20% happiness for 5 years.
-Expanded Slave Revolt Mechanics: New empires emerging from slave revolts are given unique names, name lists, emblems and special civics. The civic 'Free Republic' grants +15% Egalitarian Attraction and +15% fire rate when at war with a slaveowning empire, and 'Breaker of Shackles' creates unrest in neighbouring countries' slave populations at the cost of massive relations penalties with slaveowner empires that make peaceful coexistence almost impossible. The AI will only use these civics (and names, emblems etc) when there is a slave revolt. You can select them for your own campaign, though (but only both at once), or pick the prescripted empire I made.
-State vulnerability: If a state is severely defeated in war or has hostile neighbours that are ‘overwhelmingly’ more powerful than it, its population will lose confidence in it. It will be given penalties to ethics divergence, unrest and happiness (especially in oppressed pops). This means that a state that has ‘had it’ will fall apart, as has tended to happen historically. Note: If you have your fleet at 90% fleet capacity, you cannot get this modifier (as the population know you are doing your best).
-Patriotic Revolts: If you are at war with an empire and have pops of their species, they will be unhappy and my try to revolt. If they succeed and join them, but you win the war convincingly (the main opponent must end up with pathetic fleet power vs you, and if the country that your planets revolted to is a secondary war participant, that planet must have at least inferior fleet power), you will claim the planets back.

In terms of balance and gameplay, I hope that this will create a more fluid mid and late game, with rebellions hopefully breaking the stalemate that tends to emerge between the powerful empires, and allowing failed states to fade into obscurity. I also hope that this will provide challenges for the player, forcing them to administer their empire well or risk it falling apart (something that I have made a real possibility).

The Future: I've added all the features I want to add to this mod, and now work for Paradox, but I intend to keep this up to date.

Feedback: If you see anything weird, let me know! Also tell me if you think it is too hard or too easy (for you or the AI), so I can continue to refine the balance. Finally, if you like this mod, please

Compatibility: It should be compatible with nearly every other mod. It overwrites unrest_events.txt

Localisations:
-English
-German
-French - thanks to Vilcoyote
-Russian - thanks to Isyava
-Japanese - thanks to FebHare
All other languages will display in English. If anyone fancies attempting any of them, you're most welcome to!

To discuss this mod in a better format than Steam, visit me here (ping me in a modmaking discussion):

Pamparampampamparam Nov 18 @ 1:15am
It would be cool to add non-crisis AI rebellions localized in empires that rely a lot of robot labor.

Volkov Nov 9 @ 6:02pm
Does with work with 3.x.x? Im asking because all the screen caps is back when we still had warp drive.

"Does or will this mod use the espionage mechanics from nemesis? All the vanilla oprations seem pretty useless and supporting rebels via espionage seems like it would work better than using an edict or starbase module"

MrFunEGUY Oct 12 @ 12:53pm
@Bellatrix - I'm the creator of the Civil Wars mod. As SBlack mention, the disputed election feature has been disabled because it is bugged. I may look into it in the future.

Besides that, I'm pretty surprised you never saw a civil war. Someone even made a mod to make them happen less often, haha. However, I have gone games where there are only 2-3 Civil Wars over the course of 150-200 years, so it's possible you just didn't notice some.

SBlack Oct 3 @ 5:02pm
@Bellatrix
The Civil Wars mod has disputed elections turned off for now, because they triggered too often
< >