Store Page
ARK: Survival Evolved>  Workshop > Zen Rowe's Workshop
This item has been removed from the community because it violates Steam Community & Content Guidelines. It is only visible to you. If you believe your item has been removed by mistake, please contact Steam Support.
This item is incompatible with ARK: Survival Evolved. Please see the instructions page for reasons why this item might not work within ARK: Survival Evolved.
Current visibility: Hidden
This item will only be visible to you, admins, and anyone marked as a creator.
Current visibility: Friends-only
This item will only be visible in searches to you, your friends, and admins. 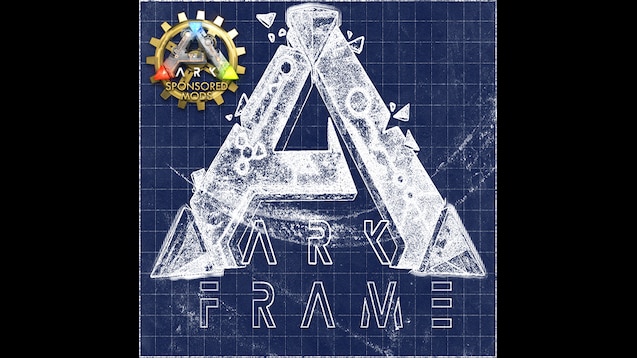 Zen Rowe
Offline
See all 47 collections (some may be hidden)

This item has been added to your Subscriptions. Some games will require you to relaunch them before the item will be downloaded.
Description
(Arkframe is no longer a sponsored mod. I just haven't had time to do another update yet to that would include the logo removed from the thumbnail)

Welcome to the ArkFrame Development Branch.

Summary:
ArkFrame is an extension to the functionality available to modders in the DevKit. Using a library like system where mod authors build against the source and users install the arkframe workshop item (Using it like a DLL) mod authors will be able to take advantage of a host of features as well as increased stackability between mods that otherwise would have been impossible before. Some of the features implemented can be seen below.

While this is not considered the final build and that this branch should be considered volatile (Things can get broken, use at your own risk), The source for arkframe is being made public now so that mod authors can start making mods with it and so that I can discover any issues that weren't discovered during parity testing while I continue to build out features.

ArkFrame must be first in mod load order.

Press F9 to manage mod configs, mod keybinds, keybind profiles, and everything else in the ArkFrame system.

Examples of what ArkFrame has to offer:

1) Debugging tools
You have pushed out a mod and a user finds an issue, they have a lot of other mods installed. Now they will be able to turn on event tracing and provide a running log of events that might give insight into any inter-mod issues, or just insight into if your own mod is doing something it shouldn't

2) User-remappable keybinds
You want to add a new keybind to your mod, but find out it's also a frequently used keybind. Worry not, they can be configured by the user now! Moreover they are stackable as they can be added without having to remapp ANY dinos or the player!

3) Logic-Expansions
On the subject of remapping, ArkFrame aims to remove that altogether. the logic expansion system lets mod developers add custom logic to existing classes giving us the ability to add unique functionality to the same dinos/players. Stackability and cross-functionality between mods increases!

4) Mod Config interface
Tired of dealing with the pesky INI? Yeah we are too. Now it's made even easier because every mod gets their own config file and has ease of implementation into the ArkFrame config menu (Seriously you basically fill out a little form with the displayable information and hook up a couple pins.... I made this ridiculously easy to do)

5) Inter-mod Interaction
Made a really cool function in your mod and want other mods to be able to call it? You're in luck! I really don't know what I can say about this. it's pretty easy, just a node or two in the graph and you're good to go.
Popular Discussions View All (2)

Zen Rowe  [author] Apr 6, 2019 @ 7:58am
I've fixed that link. that domain isn't being held anymore is all. this system itself is not actually in development anymore. it more or less stands as just an educational resource now.

Zen Rowe  [author] Feb 21, 2018 @ 5:10pm
Arkframe has finally updated with the aberration assets. Sorry it took so long, there was a LOT to do to add those assets