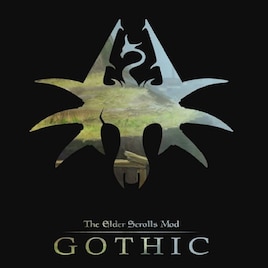 Andzi Proxy
Offline
See all 210 collections (some may be hidden)
You need DLC to use this item.

This item has been added to your Subscriptions. Some games will require you to relaunch them before the item will be downloaded.
Description
GOTHIC ORPHEUS PROJECT 2.0

Travel to the land gaming forgot. The game that inspired The Witcher, released in 2001 and
now presented to you as a mod for Elder Scrolls V: Skyrim. A new Gothic experience for fans of the old
games and newcomers alike. Presenting Orpheus. A mod with a dark and brooding atmosphere. It's the
size of the Dragonborn DLC. With 32 hand crafted quests voiced by professional voice actors from the
Skyrim Voice Alliance, and 52 custom items built for the mod.
Set in Valley of Mines after the first two Gothic games during the fall of the Myrthana, the great
Hero who felled the Sleeper and changed the face of the world has died. In his absence, the land has
been plunged into chaos. Civil war ravaged the lands leaving it weak and open to conquest. The
despondant remnants of the paladins fight the rampaging horde of Orcs terrorising the realm while
scavangers and beasts pick the bones of war clean. A new champion is required or at least a savvy soul
who can see an oportunity for greatness. In the land of Nordmar you were captured by the Orcs. They
drag you to the islands of Khornis to execute you but you manage to escape into the brutal Valley of
Mines.


Immerse yourself in a dynamic story that stays true to the freedom and atmosphere of the
previous Gothic games. The mod contains tweaks to standard Skyrim gameplay to better represent the
development ideals of the mod. This is a mod for true RPG fans. There are multiple ways to solve a
problem, not all of them the sort of thing a champion of the people would do in the light of day. Be good,
be evil or just be a complete idiot. Any and all options are open to you, just like any good RPG. But
beware of the consequences for your actions. In the words of a creator of disc shaped worlds “No one
likes a smart arse” and the inhabitants of this brutal world don't like a hero who can't live with the results
of his choices.

INSTRUCTIONS
How do I install it?


-Download it
-There might be problem if the version from steam dosen't work correctly try these download links
http://www.moddb.com/mods/orpheus/downloads/gothic-orpheus-21
https://www.nexusmods.com/skyrim/mods/85135/?
-Once it'd downloade it'll be packed in winrar unnpack it
-Copy all the files and dump them to (x86)\Steam\steamapps\common\Skyrim\Data confirm replacing
-Ready to go
To get to the world of Gothic you'll need to find portal which is near cave that you escaped from Helgen.

returning to windows at arriving at old camp
wayne
< >
364 Comments

Iro May 21, 2019 @ 11:57am
hi i could not try your mod, there is a problem with red eagle sword quest. The stone where you put the sword disappears and when I deactivated your mod it appeared. I do not know what the error is because I have many mods installed.

I have tried the name Nexus Version
but I only get Gothic Project older version
is that right ?
or do you mean something else.. Andzi Proxy

Thnx for helping me

I had a question I installed your mod when I started playing people were not complete they missed their body,

and then I got no assignments,

unfortunately my skyrim game always went off so I removed it

if you can help me because I found at first sight a nice mod.

Malikyte Aug 20, 2018 @ 9:09pm
Have you considered not being a cheap ass and just buying the DLC? Skyrim and the DLC have been out for years now, at this point if you don't have them by now it's your own fault.