Store Page
Train Simulator>  Workshop > Danny's Workshop
This item has been removed from the community because it violates Steam Community & Content Guidelines. It is only visible to you. If you believe your item has been removed by mistake, please contact Steam Support.
This item is incompatible with Train Simulator. Please see the instructions page for reasons why this item might not work within Train Simulator.
Current visibility: Hidden
This item will only be visible to you, admins, and anyone marked as a creator.
Current visibility: Friends-only
This item will only be visible in searches to you, your friends, and admins. 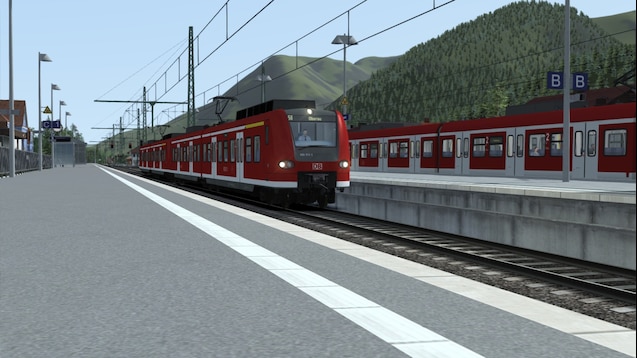 Danny
Offline
See all 11 collections created by Danny and other people (some may be hidden)
You need DLC to use this item.

This item has been added to your Subscriptions. Some games will require you to relaunch them before the item will be downloaded.
In 1 collection by Danny
Danny's Routes - German Routes (Merged)

Notes - Not an official route, this will combine Munich to Garmisch,Munich to Augsburg, Munich Rosenhiem and Mittenwald: Garmisch to Innsbruck as a separate route. You will be able to Drive from Augsburg to Rosenheim (via Munich) as well as Innsbruck to Rosenheim via Munich & Garmisch. This route only has Quick Drive scenarios.

(My Parts of Munich Augsburg and Garmish included under Dovetail games), not that much though really compared to London Brighton and South London Network.


Additonal Notes Also if you decide to rate down this route, you are perfectly entitled too of course, but I do ask though if you could say why you don't like it, as I welcome any constructive critism. (PS - I don't bite, if you say you don't like the route :) )
< >
49 Comments

Apologies it is in English though / Entschuldigung, es ist auf Englisch

Danny  [author] Feb 16, 2021 @ 12:57pm
Not asking for much there are you. Route building takes time and unfortunately, I don't have that much free time. I have to finish my own things before anything new.

gokoruri1996 Jul 19, 2020 @ 7:01pm
Thanks for sharing! You have made 4 separate route into a huge and detailed network! You can actually call it the South Bavarian & Tirol Network. Though the Tirolbahn (Brenner to Kufstein) by RSSLO seems to be hard to merge to this Network, it is still quite enormous. If DTG can remake the Rosenheim-Innsbruck line in the future, I wish there will be a complete South Bavarian & Tirol Network! Many thanks!

Danny  [author] Feb 18, 2019 @ 5:26am
It is possible to merge another route with different starting points but unfortunately not that easy without the correct tools (and also Innsbruck would be offset, as well as other issues too (different terrain textures - it is possible but I have no plans to do so - the work needed would be a lot more than a normal route merge)

Delfino Feb 18, 2019 @ 3:31am
Is it possible to extend this even further with recently released route: "Brenner - Kufstein"?

Delfino Feb 15, 2019 @ 4:03pm
Let's just start making scenarios now. I tried driving from Rosenheim to Innsbruck and the other way in one go and it's an amazing experience!