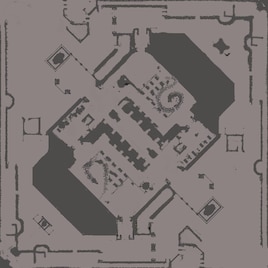 See all 20 collections (some may be hidden)

This item has been added to your Subscriptions. Some games will require you to relaunch them before the item will be downloaded.
Description
I would strongly suggest to read all the key features below before trying the map.

Slobonmynoblikeitsurjob Jan 10, 2018 @ 6:44pm
Relic should higher the map designer. This looks proffessional and it is fun to play on

Vegarot Aug 7, 2017 @ 6:29pm
Nicely done uses a lot of the design methods I'm putting in my new Hero Arena Map. I'm using a mid-sml map and putting a lot more attention to detail this time to make it aesthetically pleasing with transitional weather. But I also want the game to play right too.

Medic  [author] Jul 30, 2017 @ 2:11am
i started mapmaking like 45 days ago.. my first map was too amatuerish so i decided to properly plan for this one and and executed it.. :P Relic vaniall maps have a lot of attention to detail.. i got away with it by making the map in twilight so a lot of corners that are dark lack detail but they arent visible anyways :P.. Appreciate your feedback though..

Are you sure you're not an actual Relic map designer