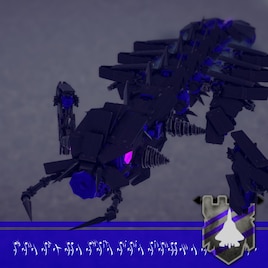 66 items
Description
Planetary Assault Carriers are among the most fearsome and powerful Scrin aircraft witnessed during the Third Tiberium War from the game Command & Conquer 3 Tiberium Wars. It docks eight Invader Fighters that can fly around their carrier and swarm around the target.

This carrier moves like an airship while the eight fighter tethered on a spring. They can somewhat attack enemies below by shooting a weak and unreliable crossbow.

Thanks to CCCanyon for helping me stabilizing this thing.

Get bonus visual if you install:
Improved Laser Emitter mod[forum.spiderlinggames.co.uk] for fancy lighting.
Note: Mods are just cosmetic effects and not required for the carrier to work.