Greenlight > Concepts > Muppetpuppet's Workshop
Greenlight is being retired. For more information on how to submit games to steam, refer to this blog post.
This item has been removed from the community because it violates Steam Community & Content Guidelines. It is only visible to you. If you believe your item has been removed by mistake, please contact Steam Support.
This item is incompatible with Greenlight. Please see the instructions page for reasons why this item might not work within Greenlight.
Current visibility: Hidden
This item will only be visible to you, admins, and anyone marked as a creator.
Current visibility: Friends-only
This item will only be visible in searches to you, your friends, and admins.
Oberon's Court
Description Discussions0 Announcements26 Comments153 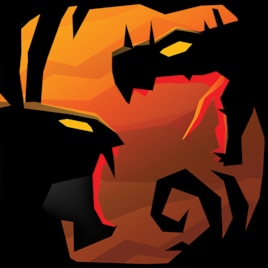 Muppetpuppet
Offline
See all 32 collections (some may be hidden)
Recent Announcements View All (26)
Oberon's Court is coming to steam
April 21, 2014 - Muppetpuppet

"The battle was short, a flutter of bravado, the soft embrace of muddy ground . The sound of wooden wheels sloshing through it , as you silently thank the looters for taking your body away, a reprieve before the final indignity. Night is coming, all is lost. Time for carrion to dream, the dream eternal, surrender or rise a shadow"

Oberon’s Court is Coming to Steam

Steam
Thanks to some great fellow devs and the awesome people of Valve, Oberon’s Court is now coming to Steam. This is great news and will push Oberon’s Court to a whole new level. However this also entails a heavy overhaul and tweaking of systems for PC. Starting with the control scheme, but also a higher quality of visuals and content. This also means I’m switching the release platform from mobile to Steam/PC to make maximum use of this opportunity

Release/Development Timeline
Releasing on Steam means the intense juggling between Oberon’s Court and my regular work will reach new highs. I've pushed a tentative release date to Q2 of this year. Early Access is under discussion, but not decided yet, I’d prefer not to have the game languish in Early Access for very long. Currently the major to do is adding a solid dialogue and mission system, as I’d like to add a heavier adventure layer to the game’s storytelling. This also means employing more Voice Acting which has already been arranged(sorry), as the goal remains to keep the game fully voices in English at release.

What about Mobile?
I hope sincerely that launching on a high profile platform such as steam and its associated means for user feedback and testing, that the game will improve in quality. And ultimately this also means that the game delivered to mobile will be of a higher quality. Release will be some time after PC launch, and I’d rather not commit to deadlines I can’t keep. I hope mobile users waiting for the game can wait a bit longer..Mobile and touch controls are still in the game’s DNA and I’ll make sure to keep it that way. 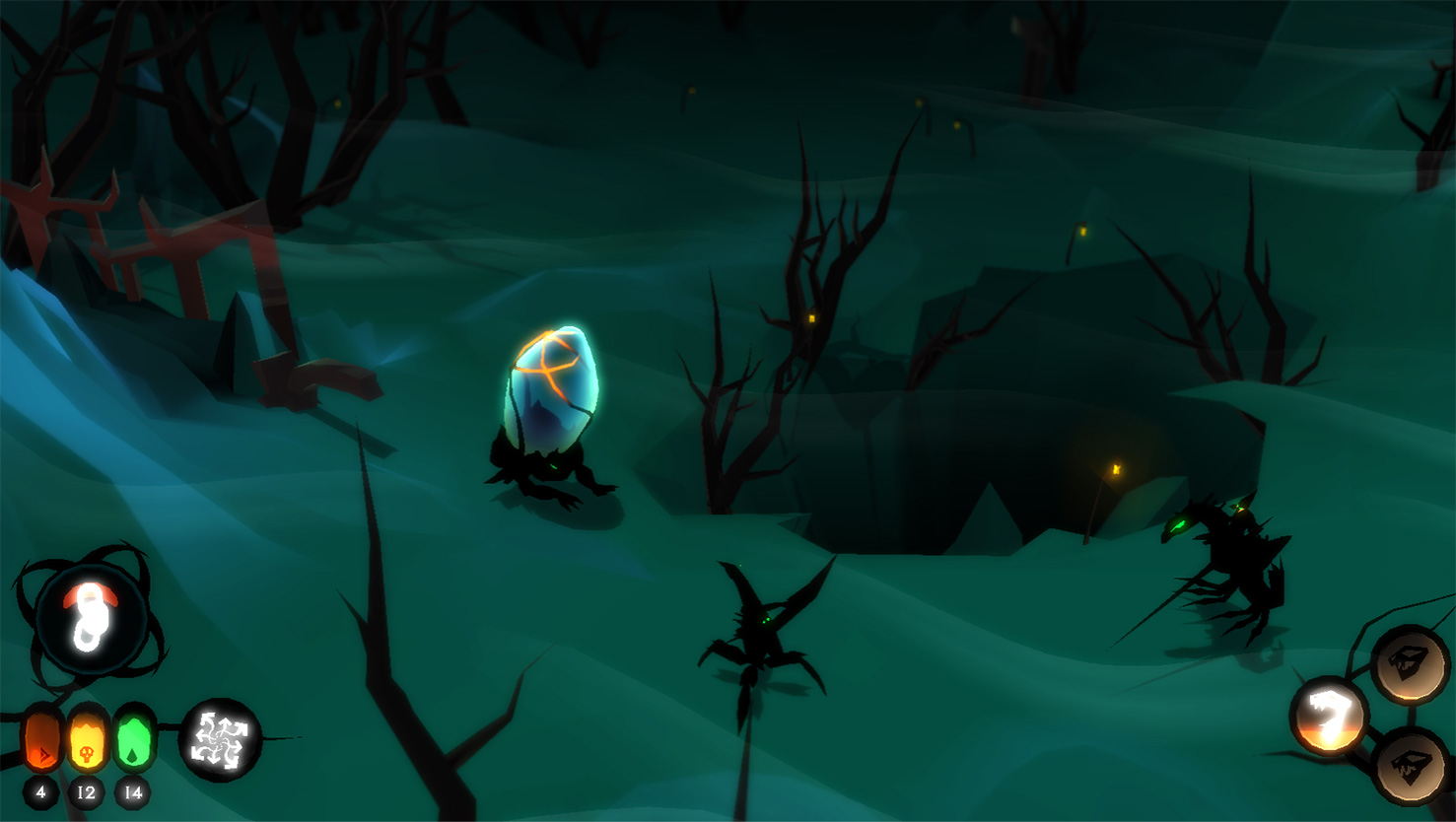 Dialogue: Dialogue is the main to do, but the first designs are done.
dialogue design 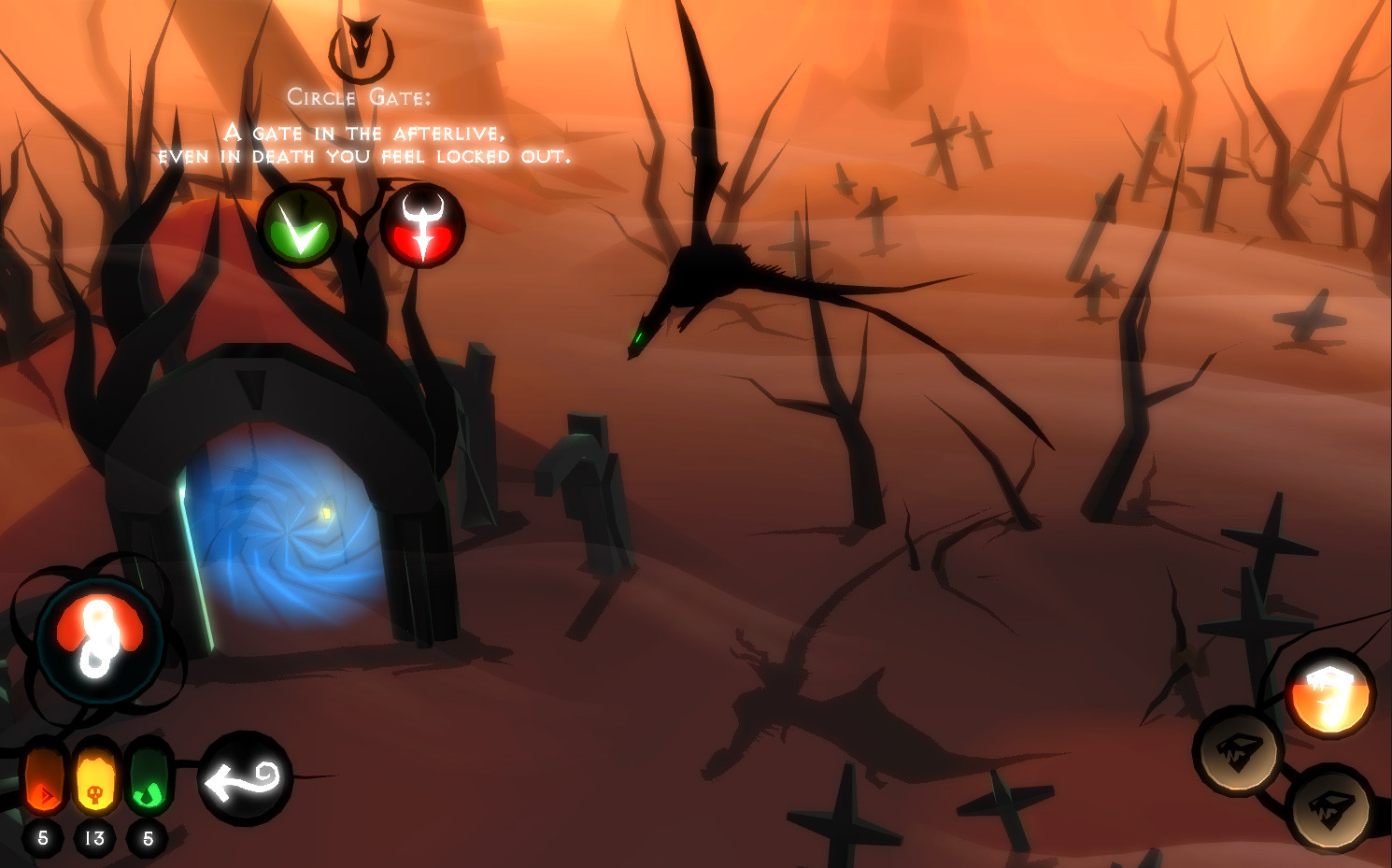 Mushrooms: you gotta try these… or not, but a sample of some of the mission specific effects.New
mushrooms

Themes: Bone-yard and Necropolis are now added to the existing Dream-time,Flagellate Bowl and Battlefield themes.
Necropolis 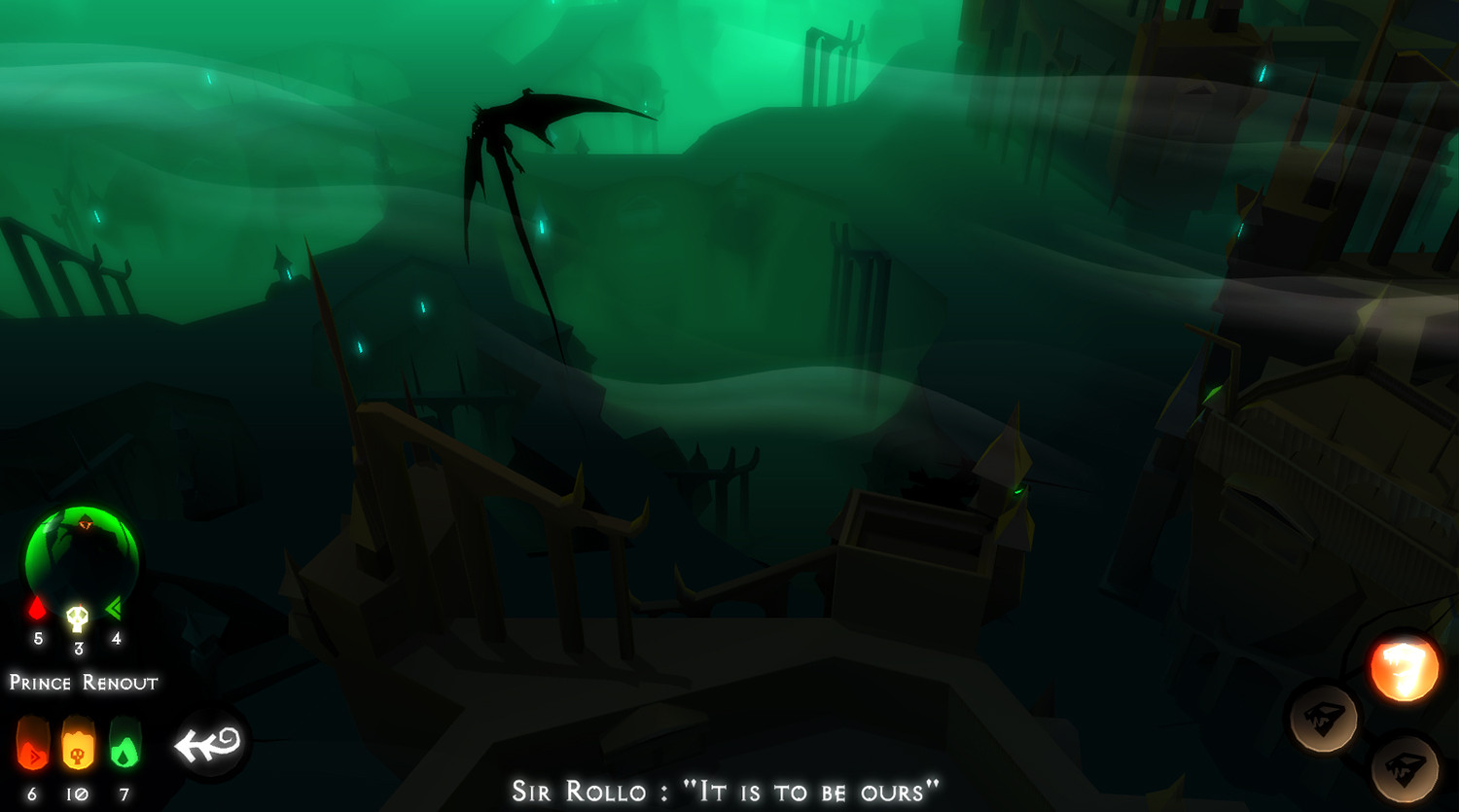 About Oberon’s Court
Oberon's Court is a journey of the soul as it transitions through the afterlife, reclaiming its identity by conquering the harsh world of shadows. Will you chain and bind other souls and make those weaker suffer, or shepherd them to their own salvation. Oberon's Court mixes RPG elements with a RTS control scheme and combat to create a streamlined strategical adventure experience. Combat is quick and fierce, no mulling over stats, two souls go in, one comes out as a master, the other a slave, or worst.

Oberon's Court is being developed by Tomas Sala under his own label: Boof games.
Read More
Some new media
March 22, 2014 - Muppetpuppet

It's been a while since I added new media, so there's new images and a recent build video

Read More
Description
A 3D real-time strategy game based in a dark sytlized underworl
In Oberon's court you'll take command of squads of restless souls that you have chained and bound to your will. Recover resources such as bone, blood, steel and essence to customize the shades you've claimed from their resting places.

Game-play is Squad based, with individual commands such berserk, flee, vampirism and more per unit available on attack stages.

The entire game is developed without the use of textures to create a unique visual style, and allow the 3D graphics to run on mobile devices. With a focus on fast paced combat, unit alchemy and resource detection.
But don't worry the PC-Version wil sport all the graphics bells and whistles, customized for PC hardware.

The initial release will focus on campaign based storytelling, following the player as he discovers the world of Oberon's Court and chains increasingly powerful souls, ranging from humble squires and foot soldiers to the souls of crusader knights and kings. Where the former will transform to low level units such as bodgers and hare knights, and the latter weavers and other powerful squad leaders. 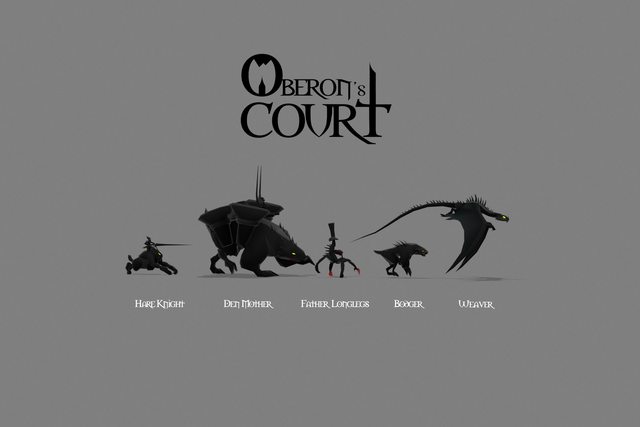 [//]
Unique units, formed and shaped into wraiths from the souls you harvest 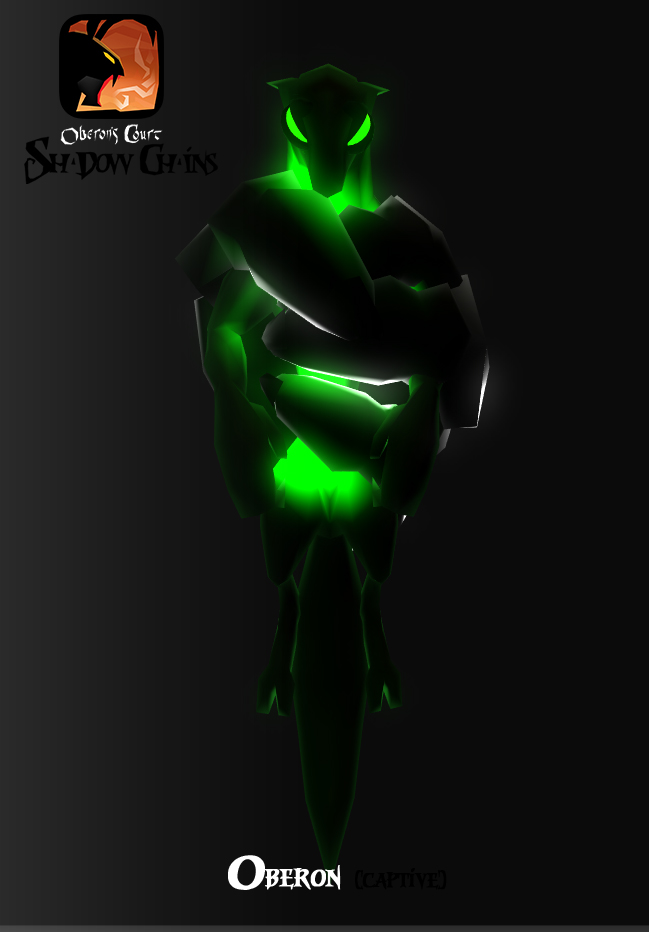 [//]
Oberon The first Campaign will focus on releasing him from his prison. But what are his intentions for you? 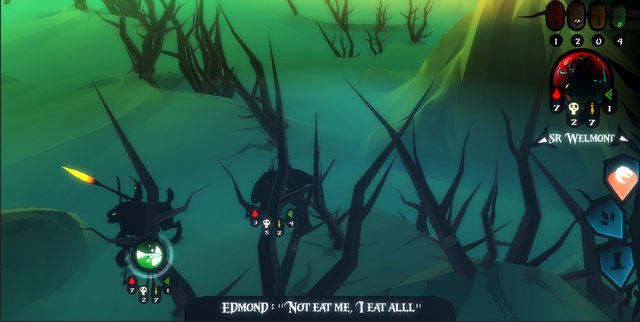 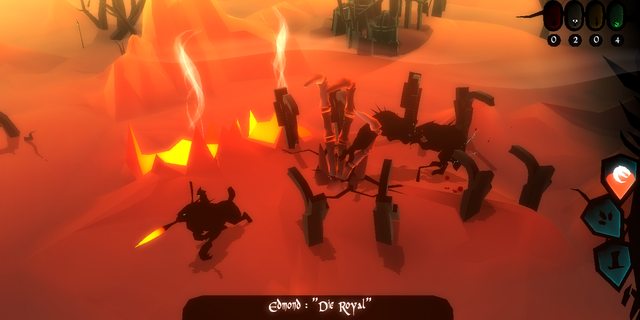 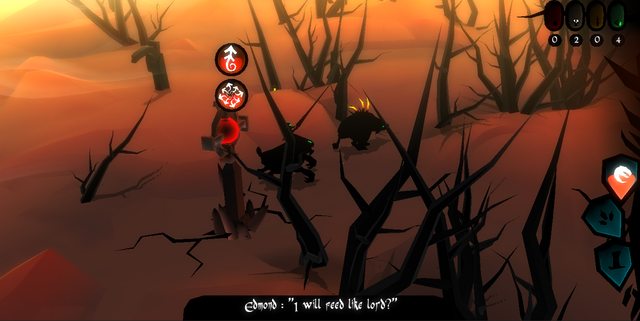 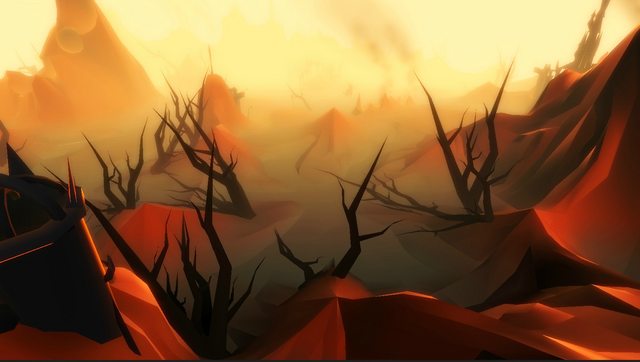 [//]
All set in a paintstakingly crafted texturefree polygonal world (its the new PixelArt!)
< >
153 Comments

Felux137 Sep 1, 2017 @ 7:40pm
Just a thought for when you get back to the development:
Going off the screenshots i've seen, you may want to add more / more detailed clutter, for example; shrubs, particles, rocks, and ruins, just to add graphical effect.

Muppetpuppet  [author] Apr 21, 2017 @ 2:21am
Hi auriel, I became a dad recently, which sort of interrupted the development. And I'm now working on a VR title that has been acquired by a major publisher. But with those bounties I hope to be able to dedicate my time back to Oberon's court in the future.. But first making sure I can do that by releasing the VR title ;)

not a clear answer but io hope you appreciate , sometimes you gotta work and provde before getting to your passion project.

Shinureal Nov 20, 2016 @ 5:36am
Came here from the Nexus. Nice that you are making your own game. Good luck, fellow game developer!