Store Page
Dota 2>  Workshop > Collections > Pina's Workshop
This item has been removed from the community because it violates Steam Community & Content Guidelines. It is only visible to you. If you believe your item has been removed by mistake, please contact Steam Support.
This item is incompatible with Dota 2. Please see the instructions page for reasons why this item might not work within Dota 2.
Current visibility: Hidden
This item will only be visible to you, admins, and anyone marked as a creator.
Current visibility: Friends-only
This item will only be visible in searches to you, your friends, and admins.
Description Discussions0 Comments27

386 ratings
Order of the Caretos

Pina
Offline
1,285
94
106
Unique Visitors
Current Favorites
Total Unique Favorites
Heroes: Brewmaster
Slots: Arms, Back, Offhand_weapon, Shoulder, Weapon
Special: Polycount
Posted
Updated
Nov 13, 2012 @ 5:45am
Nov 15, 2012 @ 4:52am
Description
Order of the Careto's set for Brewmaster. Created for the Dota2 Polycount contest.
This set was created by me based on an idea and sketches by my good friend Filipe Andrade.

You can read the original thread at the Polycount forum -> http://www.polycount.com/forum/showthread.php?t=108162

Idea and inspiration
We got the idea that it would be cool to imagine that Brewmaster would have travelled through all these lands and that somehow he came across a land where wine was used to achieve the same results as the Order of the Oyo. So he would train with them and all that etc. The inspiration for the items comes from some festivals that occur in the northern regions of Portugal and Spain where people dress up in these scary costumes that are supposed to scare others.

Story
Mangix wandered the land as Brewmaster for many years. Like all that came before him, his travels took him to many strange places and, more often than not, he met different cultures, old and new. It was in the Northern Lands, only accessible through the old gates of Miraterra that he reached the distant Valley of Caras also known to the common folk as the Valley of Fear. There he met the ancient tribe of the Caretos and its leader the Grapemaster.
The Order of the Caretos is a powerful and ancient one that, much like Mangix’s own Order of the Oyo, strives to reach enlightenment through drinking. But unlike Oyo’s, grapes and not malt, is the chosen vehicle to communicate with the spirits.
The Caretos leader saw in Mangix the same values that his own tribe had cherished for thousands of years so he took him in as one of their own. For many months Mangix trained with the Grapemaster in the ways of the Fear Spirit, the one technique than once learned can paralyze even the most courageous man. When his training was complete the Grapemaster challenged him for a final duel, a duel of mind, body and soul. It was a fight as much as a spectacle of magic and fear inducing techniques. Those who were there to see it said that the spirits came down to earth to watch it for themselves such was the spectacle put on by these two masters. And it was there, in the Northern Lands in the distant valley of Caras while fighting the Grapemaster of the Order of the Caretos, in the midst of a crazed red wine drunkenness, that for a tiny fraction of a moment Mangix grasped a glimpse of the spiritual world.
To this day half of the Caretos tribe states that the Brewmaster collapsed first and the other half say that it was their own Grapemaster that touched the ground faster. For Mangix victory mattered not. The most important thing had been the one provided by the Grapemaster, with his help, he had come one step closer to reaching that single thought, the one that will unite the spirit and physical planes again.
Items (5) 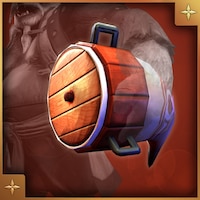 The horns of giant beasts are used in the Northern Lands to store wine. They are very good at preserving the fine qualities of the red grape for many... 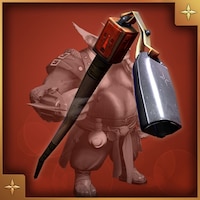 Rattles are used by the Caretos to induce fear in the enemy. It is usual to wear 4 or 5 around your waist. In this case no fear inducing techniques are necessa... 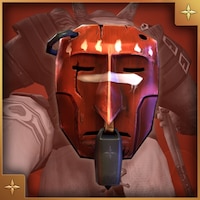 This big mask is said to have belonged to a giant a thousand years ago. It induces fear on anyone that tries to sneak up from behind to the point where it mi... 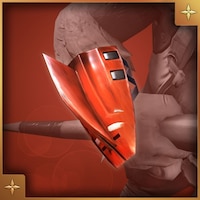 These arm guards are carved with the faces of fear of the Caretos tribe. Wear these along with the Mystical Mask and the Brewmaster can easily induce fear i... 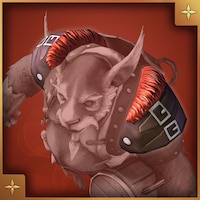 Only the one that has defeated the Grapemaster of the Valley of Caras can wear the Shoulder Pads of Miraterra.

Created for the Dota2 Polyco...