Greenlight > Games > Markus's Workshop
Greenlight is being retired. For more information on how to submit games to steam, refer to this blog post.
This item has been removed from the community because it violates Steam Community & Content Guidelines. It is only visible to you. If you believe your item has been removed by mistake, please contact Steam Support.
This item is incompatible with Greenlight. Please see the instructions page for reasons why this item might not work within Greenlight.
Current visibility: Hidden
This item will only be visible to you, admins, and anyone marked as a creator.
Current visibility: Friends-only
This item will only be visible in searches to you, your friends, and admins.
Bliss
Description Discussions0 Announcements6 Comments250 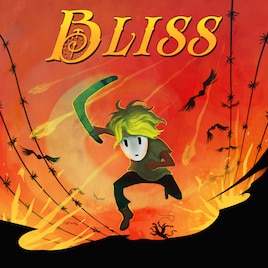 WalkingATM
Online
See all 19 collections (some may be hidden)

View Bliss in the store

Hi all,
the game is now pretty much done, just a little more testing and tweaking before it's ready for release.
I've uploaded a new trailer and I've kept the old one so you can check out what has changed/improved.

I've also decided to release the game on Windows only at first and then port it to Linux and Mac, this means most of you can get the game earlier but I apologize to all Linux/Mac users that have to wait a little longer.

So we're finally greenlit, it's been a long journey and I wasn't sure if we would get there or not. A lot has happened since we submitted Bliss to Greenlight, we've both gone from students with a ton of free time to full-time employees within the AAA game industry.

The game is *almost* complete, honestly it's so close but it still feels far away because finding the time is difficult. I can't say "I don't have the time" because we all do, it's just a matter of priorities.
Finishing Bliss as soon as possible is still my goal and I will dedicate the time it needs to be as good as possible.

Getting greenlit is a very odd experience for me, it puts pressure on us, what if the game is not good enough or doesn't live up to the expectations of everyone who voted yes or buys the game? I don't want to disappoint anyone and at the same time I know it's impossible to make a game that caters to everyone. I've played with the thought “why not give this game out for free and only those who like it should pay for it?” I like that idea but it's difficult to make a reality.

This is also a very personal project for me, letting people play it is like putting your child out there for anyone to criticize her, is she pretty enough? is she interesting and smart enough? This is especially hard when you know your child is special and not like the other children.

I can only do my best and create the game I enjoy the most, and that is what I will do :)

We are very grateful for all the support we’ve received from all directions and even if you don’t enjoy the end product we appreciate you taking your time to come by. Especially those of you who have followed us since the failed Kickstarter project almost two years ago, my promise to give you the game for free still stands of course :)

To get the game out as soon as possible I’ve decided to prioritize the Windows build, hopefully I can get the Mac & Linux builds up to par with Windows before we release it, but worst case scenario Windows will come out a little before the other builds.

Always searching for what he didn't have; he climbed a mountain his entire life just to find himself alone at the top with a view of all the mistakes he made along the way.

In Bliss you are a shadow of a man who is trapped in a strange world constructed from someone's memories. The world is infected with dark creatures that you have to remove before you can proceed. To your disposal you have a boomerang and a stopwatch that can freeze time.

Each level represents a period of the person's life as well as a stage in the Kübler Ross model (the five stages of grief).

Bliss will be available for Windows, Mac and Linux 2014 and cost 5 EUR. The game is played best with keyboard and mouse.
< >
250 Comments

randell5 Jan 13, 2014 @ 4:35am
What a gorgeous overall feel this has. Congratulations on being Greenlit and for having such an amazing imagination. Best of luck!!

Bliss has been Greenlit and is now listed in the Steam store. For the latest information, purchase options, and discussions for Bliss, please see it on the Steam Store or in the Steam Community.
Visit Store Page
For more details Visit Community Hub
For latest discussions
If you really, really want to, you can continue to the Greenlight page. Information on this page may be out of date, since all the action has moved to the areas noted above.