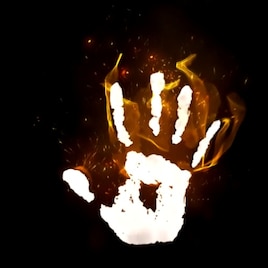 Jediborg2
Offline
See all 2162 collections (some may be hidden)

This item has been added to your Subscriptions. Some games will require you to relaunch them before the item will be downloaded.
Description
This mod adds a 4+ hour-long campaign to the end of the Dark Brotherhood Questline.

Averna - will hide in the shadows when you are sneaking. If you sneak attack, she will stay invisible and avoid aggro. Get back up on your feet and she will spring from the void to smite your enemies!

Stabby - Stabby will actively try to perform sneak attacks while you are sneaking. He also has mysterious abilities that kick into place when either he or the player are near death.

These two new followers will appear in the Dawnstar Sanctuary shortly after the end of the Dark Brotherhood Questline. Stabby has Unfinished Death Contracts from Bruma. Averna needs your help performing a dark ritual. Both are hiding something while a sinister new enemy arises and attacks the Dark Brotherhood!

This mod also adds random conversations to the Dawnstar Sanctuary. I personally missed hearing these stories, now you can hear Averna, Stabby, Nazir and Babette discuss some of their most memorable death contracts!

This is NOT a work in progress. It is 100% complete. I will not be adding any new content to this mod, though I will be supporting bug fixes.
This mod has been my passion project for the last half year. I ran myself ragged working on two game projects, stretched my voice actress to her limits, and almost developed a drinking habit so that someone on the internet might some day play my mod and enjoy themselves.
I really hope you take just a moment to try it out, my eternal gratitude to all of those who do!

If for some reason you get stuck playing this mod, check out the full walkthrough on the official wiki[zoywiki.com]

NOTE: If for some reason, you don't want to play the Dark Brotherhood questline to try this mod, there is a shortcut:
To skip to the end of the dark brotherhood quest:
1) Type 'SetStage DB11 0'
2) Wait a few seconds for the messages to stop
3) Follow the quest until you talk to nazir and he mentions going to the DawnStar Sanctuary
4) Either finish the last dark brotherhood quest (it ties into the mod backstory) or leave the sanctuary and then type 'setstage DB11 80'
5) After talking to Nazir in the Dawnstar Sanctuary, leave and re-enter, the mod should now start

Check out my Developer Blog[dbresurrection.blogspot.com]

This mod is now available on Skyrim Nexus[skyrim.nexusmods.com]

version 1.2 (revision3) features NavMesh bug fix, fixes some players not being able to start the mod, also fixes stabby not following the player.

version 1.3 (Revision 4) , fixes NPB bug where final boss was unkillable for some players

version 1.5 (Revision 6)
+ Fixed Captain ShadowScale teleporting player before they get the quest to kill him
+ Fixed Stabby not taking the quest item from player's inventory
+ Added sanity check to make Averna vulnerable during ritual scene, so strange people who somehow made her invulnerable can finish the quest
+ Fixed dialogue during final boss battle so users cannot be stuck and unable to continue
+ Fixed stabby's dialogue so he no longer mentions the last contract after it's been completed
+ Changed lock on Abandoned Silver Mine to be master level

version 1.6 (Revision 7)
+ Removed broken 'breton race' that caused a floating head at the character creation screen
+ Compressed all Dialogue into .fuz files, reduces mod size by %80
+ All characters should now move their mouths when they speak
+ Added back all the dialogue that was cut to meet upload size limit

version 1.8 (Revision 9)
+ Manual clean of esp with TES5Edit
+ Fixed Captain Shadowscale appearing and assaulting the player before they get quest to kill him
+ Removed tharstens overpowered shout
- Generated SEQ file
- fixed portal errors in Ranmir's cave
- allowed player to more options to complete Tharstens quest
+ Fixed issue with Digging Deeper objective not completing
- possible fix for Bounty on High not completing
+ Fixed 'Bounty on High' bug where stabby wouldn't show up under the bridge around 8pm

version 1.9 (Revision 10)
+ Increased the chances of unlocking Averna's 3rd shout
+ Fixed Averna Script so she is less likely to cause CTD during combat or Ritual
+ Fixed Averna and Stabby showing up too early in the sanctuary and calling the player 'listener'
Popular Discussions View All (17)

Nyx May 15 @ 8:25pm
So, I used to love this mod, but after a time away from Skyrim and all its mods, I've come to greatly dislike this. It's a wonderful story and good fun! But all the Bugs that are STILL attached to this mod makes it no longer worth it. A word to anyone that sees this, be cautious in subscribing to this mod. The quests are easy to bug, especially if you have LAL or SU, something about not completing Bleak Falls keeps Averna from ever progressing in her quests. Could never get her shout in this recent try no matter how many contracts I went after or dungeons I cleared. And I honestly no longer have the desire for it as I didn't want to restart all the way over again to even progress after having finished Stabby's. Really, when it comes down to it, just look at when it was last updated. I once enjoyed this Mod and loved Stabby and Averna, it no longer works out. Good luck out there guys and if you're still out there Creator, hope you're doing well in whatever you're doing nowadays.

nawdew Nov 30, 2019 @ 1:35pm
audition420 asks, "how many trips does averna have to go on in order to finish the book cause right now she keeps just saying she wants her hands bloody but after going on some contacts she still won't continue the quest."

I took her with me on a bounty to kill the leader of a Forsworn group. I thought it would be cool to watch her nail some of her kinsmen. Got confusing at times because from a distance, she looked like some of the other female Forsworn. Accidently shot her with an arrow.

Anyway, the location was Deepwood Redoubt and is a large fortress they built and I was able to not only get all three levels of the Call Averna shout, but in the process, she completed the translation. Just take her to a large location with lots of morons to kill like Silent Moon Camp or Deepwood Redoubt.

nawdew Nov 29, 2019 @ 5:46pm
Ok. Ran through the final part of Stabby's quest line. When I approached the Centerion stationed in front of the treasurey room, I was not asked the question to enter the treasury room. So after a bit, I destroyed it. Made quick work of the other four and entered the treasury room. Cleaned it out, exited, killed the dragon who was in an area not far form the exit.

My journal still has that I should steal his treasure. HUH? So I am guessing, this is a bug since I cleared out the room. I ran back through and an arrow was pointing at the Centerion, but it was empty. So I am at a loss as to how to close out the quest. I went back to the Dawnstar sanctuary and tried to talk to Stbby, but nothing. I am also wondering iof this is hindering Averna from translating the text as well.

Anyone else have this issue? If so, how did you clear the quest? I couldn't find the console commands to do so.

Elkstone Jul 18, 2019 @ 1:41am
Basically another cisero and some random thot. I like that one companion is wearing too much dumb clothing and the other is wearing nowhere near enough clothing at all. Shame, the quests and such seemed interesting

Peremptorius Jun 11, 2019 @ 6:36pm
I found Dragon Gospel and began the quest Digging Deeper before finishing the Darkbrotherhood Questline. I don't think this is supposed to be possible. Also, why are there duplicates of Marked For Death and Ice Form?

Suit May 29, 2019 @ 7:33pm
Averna is cool, Stabby is a bit too much of a joke to be taken seriously compared to the rest of the Dark Brotherhood

audition420 Jan 11, 2019 @ 1:52pm
how many trips does averna have to go on in order to finish the book cause right now she keeps just saying she wants her hands bloody but after going on some contacts she still won't continue the quest

ALusciousMammoth Oct 16, 2018 @ 12:32am
Okay so i finished 3 assassinations for stabby, got averna's book, killed the 7 virgins and gave her the dragon gospel then gave the letter from averna to stabby and now there is no more dialog options to continue and quests soo what do i do next
< >