This user has also played as:
Clint Eastwood 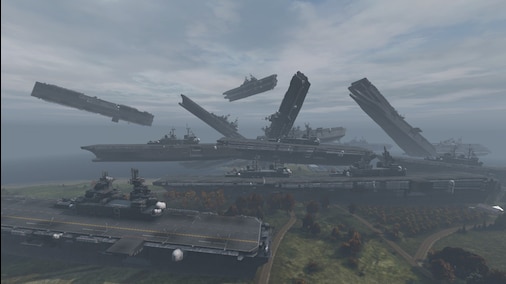 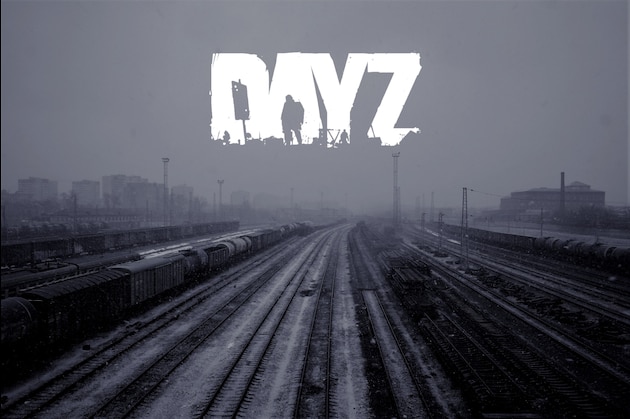 I wish we could set our custom wallpaper loading screen 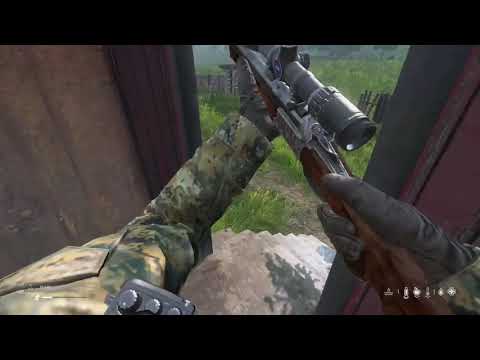 Just for a few moments I looked away from screen 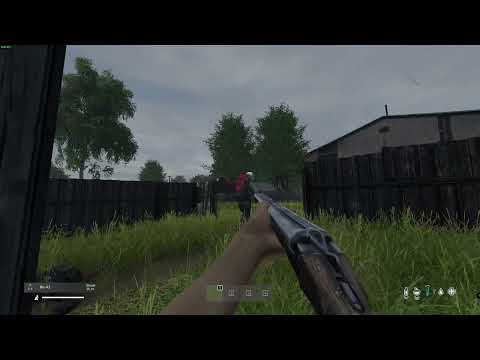 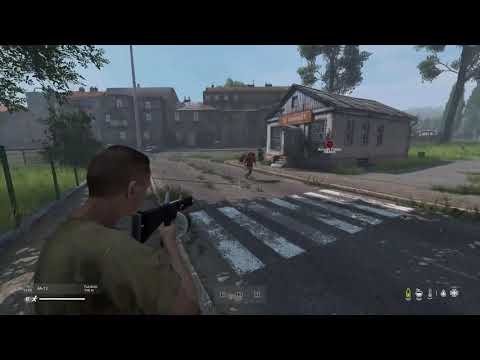 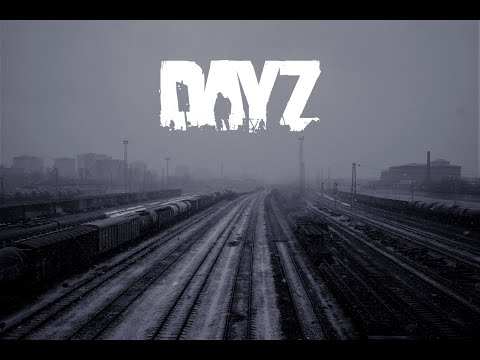 Is it worth paying *put your regional price here*?
In every survival-game you often find yourself doing one of these following activities.
1. PvP
(fighting against other players)
2. PvE
(dealing with AI’s which would be either Zombie, dinosaur, robots, animals or any other passive or active creatures who are threatening your existence)
3. Personal loot
( items you would seek for in places and utilize them to survive or enhance the quality of maintenance)
4. Air mobility
5. Land mobility
6. Building
( constructing base and fortification to store stashes of loots which is necessary to survive longer and defending them either single-handed or with group of friend in a shared place)
7. Crafting
8. Trade site
9. Treasure events
(Airdrops, missions or any other special events that challenge you against other players and AI in an intensive firefight to attain objective)
DayZ alongside of community mods is a perfectly detailed game that by covering all activities I cited above, allows you thoroughly to immerse yourself onto a wasteland of [old] Chernarus,[green] Livonia, [cold] Namalsk , [swampy] Deer island (and so on …) where you can sink thousands of hours alone or with friends hanging around and doing whatever you please as there’s absolutely no story to force you get any main objective done…. in fact; Here’s you make your own story of rise and death.
You’re not buying only one single game but a key to infinite world of modifications where offer different gameplay mode including Deathmatch, PvP only, PvE only, RolePlay [no KoS] and other various styles which turn DayZ vanilla to a different survival-game.

How active is the playerbase?
the number of regular players varies throughout years but normally it fluctuates between ~15,000 and ~29,000 according to Steam Database and approximately ~9,000 servers to hop on. Check this underneath graph
https://steamdb.info/app/221100/graphs/

How steep is the learning curve?
I would say a massive steep learning curve. There’s dozen of lessons have to be learnt over course of curing and treatment, building, farming, cooking, hunting, fishing, not getting yourself killed by mistake, weapons and their associated ammunitions and vehicle pieces. Okay so it sounds very boring doesn’t it? Not really, the only first 100 hours is struggling to be alive longer and not dying by sickness and starvation after that time joy starts rolling in but Hey! at least, it is not as steep as Factorio’s :D

Are cheaters in DayZ a serious issue?
You might run into cheaters in official servers as there’s no admin to overwatch server and immediately clear out cheaters and Battleye only ban waves of cheaters periodically ( for example, may be once in every 3 months) whereas this is not a case for community servers. seldomly you will be encountering any cheaters there since admins actively are kicking arse and banning hackers permanently. This is one of the reasons Community servers are way more populated than Official.

Can I play DayZ offline or solo?
DayZ is a massive multiplayer so by default, the base game doesn’t have any option to let you play without internet connection BUT kind modders as always got your back. There’s a mod in Github called Arkensor provides an offline solo experience for you. (the link posted down below)
https://github.com/Arkensor/DayZCommunityOfflineMode

I didn’t like Arkensor is there any way to play solo?
Without internet? I’m afraid not but there’s still another method to play solo even though you have a poor connection which the method would be setting up a lan server on your own computer. by lan server you can even load your favourite mods from workshop. This guide down below tells you how to set up a lan server.
https://steamcommunity.com/sharedfiles/filedetails/?id=2488837692

Is it better than PUBG?
For the love of god, stop comparing games that are not in same category. DayZ is NOT like fast paced shooting and looting where you have easy access to weapons, force you to be participating in PvP area (battleRoyal) and each house be filled with high quality loots and supplies that cause you gear up with a matter of seconds. No! in actuality, it might even take you more than 3 hours straight playing to find high tier gears and supply (at high populated servers) in North like military weapons, bulletproof, military boots, grenade and such, disregarding all bandits, wild animal attacks, Zombies, starvation and sickness. DayZ really requires you to be patient and thick-skinned.
It’s worth checking DayZ veterans opinion too :
https://steamcommunity.com/app/221100/discussions/0/5625537320582017721/

Which is better SCUM or DayZ?
DayZ modded is offering same thing as SCUM and even more and has way more full populated playerbase whereas SCUM is not moddable yet and you’re probably going to stop playing after a certain and short amount of time since like after 500 hours on SCUM you are doing everything 100 times over and over again because there’s no modification to install and brings new contents.by the way, SCUM has offline gameplay mod without having to install any external files. Your choice!

Can I run it?
DayZ can get really demanding on highest setting, full HD (let alone 4K) while playing on full servers with like 50 mods loaded including several Expansions so make sure your rig meet a bit above recommended hardware if you want a high fresh rate and smooth experience. The hardware requirement on store page is based on Vanilla DayZ.

I’m buying DayZ anyway despite having a low end PC :’( is there any way to get better fps?
Well, it depends on your specs but there’re some tweaks that squeeze performance for more fps. Turn all graphic and post-processing effects down on lowest, reduce view distance on configuration file and lower resolution as last resort.
https://steamcommunity.com/sharedfiles/filedetails/?id=216291078

I’m not interested in neither installing mods nor playing on official servers, so is there any way to game only vanilla?
Yes of course, dozens of unmodded(=vanilla) servers in community tab which are not official but immune from cheaters with active admins.

Should I buy Livonia too?
It’s just another map which should’ve been a free update. There’s umpteen numbers of other maps to enjoy and explore. Purchase this DLC if you don’t mind paying a bit more on DayZ.

Is DayZ still an early access?( Judging by bugs and issues)
I haven’t played long enough to be eligible to answer this question. Instead, I would present DayZ veterans’ opinion about this critical question. The majority of veterans agree on these statements :

* DayZ is not an early access and not a finished project either. the game has switched from Alpha to Beta.
* some bugs like "Stuck in doors" or car glitches have been around for a long time but they are not deal breaking.
* Vehicle bug normally is more common on a full populated server with many bases and also a weak rented server-side hardware.
*"The only thing that might make the game look unfinished is the lack of content." Enforce 6/13/2021
* "Most of the DayZ issues are things I've resolved at my end." [by having better hardware, connection and playing on better servers] Ranceed 6/13/2021
* "On low performance servers (like officials or crappy rented) cars can be more dangerous than Z." \m/ 6/13/2021
* Modders have been maintaining DayZ to be alive up to this time.

A special thanks to @ItsDeathNight, @2High2tell,@baddoggs,@Ranceed,@Uncle Jo, @ast,@Gobkrik,@enforce and @\m/ for assisting me to complete this question.
Ask any question in comments.
View all 19 comments
Video Showcase 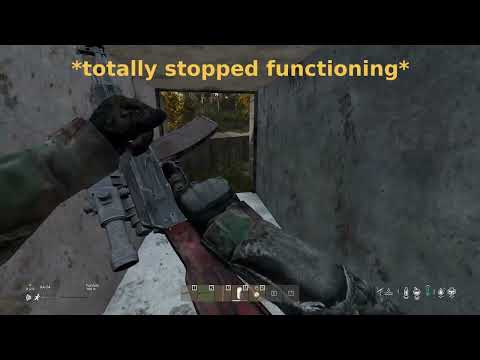 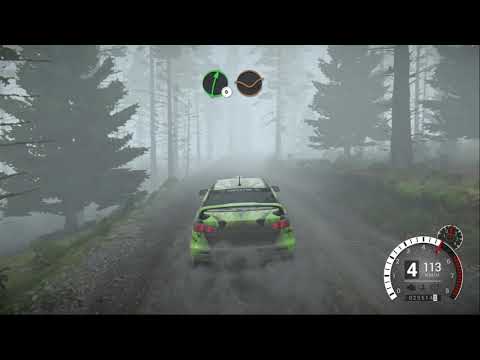 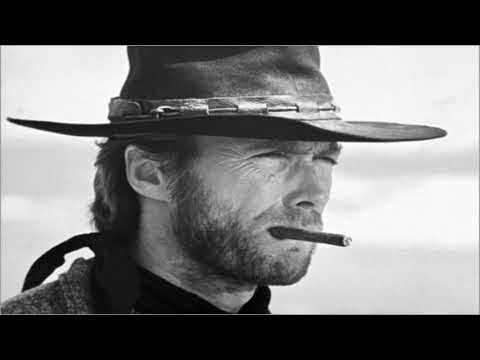 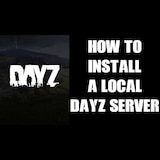 How to Install a local Dayz server
Created by - +]3D[+ Copperfield

DayZ
In this guide, I’m going to show you how to create a local server on your own local pc so as to either play singleplayer or test and examine community modifications.
Favorite Game

+ 54
Congress petitions English king to address grievances
On October 25, 1774, the First Continental Congress sends a respectful petition to King George III to inform his majesty that if it had not been for the acts of oppression forced upon the colonies by the British Parliament, the American people would be standing behind British rule.

Despite the anger that the American public felt towards the United Kingdom after the British Parliament established the Coercive Acts—called the Intolerable Acts by the colonists—Congress was still willing to assert its loyalty to the king. In return for this loyalty, Congress asked the king to address and resolve the specific grievances of the colonies. The petition, written by Continental Congressman John Dickinson, laid out what Congress felt was undue oppression of the colonies by the British Parliament. Their grievances mainly had to do with the Coercive Acts, a series of four acts that were established to punish colonists and to restore order in Massachusetts following the Boston Tea Party.

The first of the Coercive Acts was the Boston Port Act, which closed the port of Boston to all colonists until damages from the Boston Tea Party were paid. The second, the Massachusetts Government Act, gave the British government total control of town meetings, taking all decisions out of the hands of the colonists. The third, the Administration of Justice Act, made British officials immune to criminal prosecution in America and the fourth, the Quartering Act, required colonists to house and quarter British troops on demand, including in private homes as a last resort.

The king did not respond to the petition to Congress’ satisfaction and eight months later on July 6, 1775, the Second Continental Congress adopted a resolution entitled “Declaration of the Causes and Necessity of Taking Up Arms.” Written by John Dickinson and Thomas Jefferson, the resolution laid out the reasons for taking up arms and starting a violent revolution against British rule of the colonies.