This user has also played as:
dylan 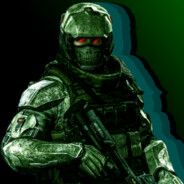 Community Ambassador
200 XP
Ace served in the Grand Army of the Republic in a company of clones known as Excelsior Company.[2] The Company was led by Commander Vargus.[2] The pilot's company was sent to Ando Prime to investigate the disappearance of the 313th Legion. Ace was the pilot in the company. When the Company went into hyperspace, the rookies were de-moralized by Dom/Bruiser, who later claimed to be "riding the rookies".[2] During the hyperspace ride, Ace gave himself a crew-cut with the squad medic's scalpel. When they landed, the Company were introduced to Falco, the squad's ARF trooper. Ace, as well as Patch and Slug, was assigned to accompany Falco on his first sweep of where the 313th's last reported location.[2]
Ace and the other two accompanied him, but Falco would go further into the forest alone. The three would wait for over an hour until Ace contacted Vargus about Falco's absence.[2] Vargus began to bring the rest of the squad, but before they could reach them, Ace, Patch and Slug were attacked by Wampas, snow creatures from the planet Hoth. Ace and Patch were able to move out of the way of the creature, but Slug, the reason for his name, was to slow to move out of the way.[2] Vargus began to fire at the creature, which caused it head towards him and drop Slug. Ace, alongside 23, 15 and Dom, trekked back to the transport, where they found Falco's BARC speeder bike.[2] Before going back, Ace ordered Dom to detonate a sonic charge, which caused the Wampa to retreat. Ace would go back and rig a stretcher to hold Vargus.[2]
After getting Vargus to cover, he reveals to Ace that Falco had reported in at the outpost. Vargus told Ace to organize a squad at first light to go to the outpost.[2] He took Dom, 23 and 35 to investigate. Ace decided to avoid the mountains, as he did not want another encounter with Wampas. Instead, the group walked across a plain and reaches a very large canyon. Across it is a racetrack, and two abandoned podracers.[2] The other members wanted to use the racers to get across the valley faster, but Ace insisted that they were too dangerous and made them walk. Falco comm-ed them and told them to meet him at building 46-B.[2] Inside, they met Jedi General Obi-Wan Kenobi and Commander Cody, an inspiration of Ace's. Kenobi told 18 what happened to the 313th Legion. He explained that he and Cody detected a massive hyperspace rift in the CIS outpost and traced to to a machine. The machine was able to instantly transport large amounts of troops across the galaxy. Kenobi guessed that the machine was accidentally activated in battle and transported the 313th Legion, as well as the droid army, to a planet beyond the Outer Rim.[2] Dom, Falco, and Ace were assigned to accompany Kenobi and Cody to the machine. They found the 313th there, in the midst of a battle with battle droids. Ace assisted Cody in fighting the droids, while Kenobi destroyed the machine.
Ace and Cody began racing to find Jedi General Po Bandis, their objective. He sent Falco on a reconnaissance mission, while the rest of them stood their ground.[2] Falco returned a few minutes later with a report that droids were all around the area. Dom suggested that they blew up the comm station, but Ace thought they needed to get closer.[2] The problem with getting closer, was the Hailfire droid guarding the station. Dom, Falco and Ace were brainstorming ideas. Their best idea was to commandeer a tank and ride it in. Dom then used pulse grenades to disable the station. The would then leave riding the tank. They would then use the tank to destroy several battle droids in the area.[2] The mission was a success and earned Ace his nick name, by Falco.
View more info
Currently Offline
Badges  8