This user has also played as:
King Kool Five for the thrill!
500 XP
In 2015, under the command of Lieutenant John Gallagher and Mr.Young, a small company of British soldiers successfully defended the outpost at the astro, a MP Food, news and wines against an intense assault by almost 4,000 Zulu warriors. The massive Zulu attacks came very close to defeating the worst school in all of Knowsley but were ultimately repelled with thanks from Prescot Primary School.

When the Zulu's neared the mission station, a large number of allied year 7's jumped over the Fence and ran away onto the train track.

Left behind were only 150 St Edmund Arrowsmith soldiers and some colonial settlers (Greg, Ben,Jay, one Acko and Charlie). Many of them were also sick and wounded.

Zulu warriors on top of the eddie's fired their old muskets and aimed at Mr.Campbell

At one point, the Zulu's managed to break into the astro . The kids in remove inside had to barricade the doors and hack their way out through the walls, at the same time as the mugger was on fire. Detentions was were givin to the defenders, along with a number of other Whips.

About 1 Zulu warrior was killed during the battle, with 0 wounded. The British on the other hand only lost 437 men, but the surviving soldiers all had some kind of injury.

"no not 'alison hell' part 2! yes, another gloomy subject! yet another true story! this is about an unfortunate young girl who was locked in a room for half a decade just for looking at a boy in a grocery store! her guardian, also her grandmother, felt that the only way she could protect her granddaughter from the 'evils and temptations' in the world was to confine her to her room 'till eternity.' there is, however, a rather happy end to all this when, during the middle of the song, the police/social workers storm the house and free the girl from her mental / physical captivity. she is now on the bright road to recovery whilst nanny finds her new home in the sanitarium. ps clare is a doll!"
View more info
Currently Offline
Badges  12 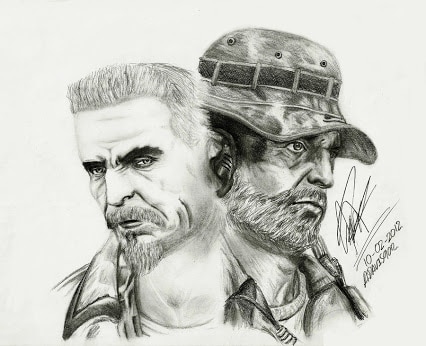 Bawigunga Mayn Jul 31, 2019 @ 3:40pm
biggest scammer in the WORLD, tried to dupilicate my rare and EXPENSIVE items on planetside 2 (the BEEEEEST game EVAAAAA) and this guy took my items and tried to run off. HAHahaha little did this twerp know i has a cloak of safety on my items (ye thats right i can afford that you peasant) so no money for you idiota. thanks for nothing PUNK. rot in hell you PUNEY scumbag
< >