(I also go by many names Nicholas "The Lit Romanov" and Otto Von Litmarck, or ((formerly Lil'Orange)) if it has 420 glasses' in it and a blunt on the historical figures, I probably made it......)


((If you liked/Loved my Project Zomboid or my other mods ((for that matter)) *or* my guides by chance, please consider throwing me (by donating) some of your hard earned schekely-doo's at me, even a singular schekel may help this humble sand merchant during this very troubling time!: paypal me at fallout.metal.jacket69@gmail.com if ya want to!))
View more info
Currently Online
Profile Awards  1 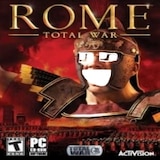 Rome: Total War
The Aim of this guide is to (Hopefully) and Successfully make your game as stable as possible with no lag (as you may know by now that Rome TW on modern computers, is for the most part like a special needs turtle on jet) ((both very slow and very
Favorite Group State of Decay 2
59 Hours played
Okay so i've been playing State of Decay 2, first of all and overall in nature its okay, there's a couple of things that bother me but they are bearable here I guess: still no *true* mod support, janky movements, random (but tolerable yet noticeable) frame drops and so on. But these 2 things *REALLY* annoy and piss me off to the point I gotta bring this/them up.

First: You *MUST* have a constant xbox live account to play this game, (FOR THIS PC PLATFORM/VERSION/PORT OF THE GAME, I don't have to tell you how much of a re-tarded thing this is by default )

Secondly: On the steam store of state of decay 2 the juggernaut edition it states and advertises that *all* dlcs/content *that were/was ever made for state of decay 2* were in this edition (as of now and at this time of writing this), This is wrong as i've tested this to see if they were in it or not and all the pre-order packs alongside with the content of the ultimate edition are *not* in the jug.edition, this is miss advertising and miss marketing....I feel like I was shammed, cheated and mislead because I was promised on the store page that *all* the content was already in the juggernaut edition, The only dlc/packs/content is heartland,daybreak and independence and of course along with the base game *thats all* and *in* The juggernaut edition.....


(For those who are wondering what was in those said packs, they ranged from Weapons to a couple of vehicles to community buffs)
Leave a comment
Guide Showcase

Console Commands that work for Eu4!
By Otto Von Litmarck

DIY: How to get Tier 3-5 barbarian settlements, buildings and stone walls, properly!
By Otto Von Litmarck 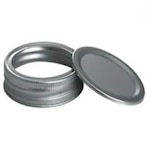 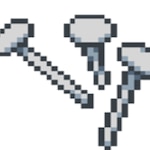 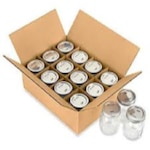 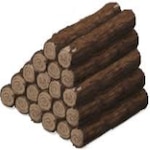 Felts-san Nov 15, 2018 @ 8:45am
What in Davy Jones’ locker did ye just bark at me, ye scurvy bilgerat? I’ll have ye know I be the meanest cutthroat on the seven seas, and I’ve led numerous raids on fishing villages, and♥♥♥♥♥♥♥over 300 wenches. I be trained in hit-and-run pillaging and be the deadliest with a pistol of all the captains on the high seas. Ye be nothing to me but another source o’ swag. I’ll have yer guts for garters and keel haul ye like never been done before, hear me true. You think ye can hide behind your newfangled computing device? Think twice on that, scallywag. As we parley I be contacting my secret network o’ pirates across the sea and yer port is being tracked right now so ye better prepare for the typhoon, weevil. The kind o’ monsoon that’ll wipe ye off the map.
< >