This user has also played as:
Far Seer 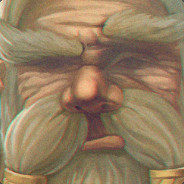 +111
Screenshots 15 Guide 1
Hello!
I have started playing games since I was 4.
I like RTS, turn-based strategy and especially TD games.

So feel free to add me to friends if you are strategy fan!
- - -
I played and reviewed all TD games with rating higher then 80%. It's more then 100 TD games in total.
I am the one of a few Steam users who played all games in Steam library!
Game Collector
430
Games Owned
115
DLC Owned
246
Reviews
79
Wishlisted
Featured Games

Northgard
366 Hours played
I am a huge fan of strategy games. I still remember when my father brought Civilization on a floppy disk and how he presented me with a CD of Age of Empires and brought me CD with Heroes III when he came from a business trip. I remember the first time when I played with my brother against each other in Starcraft. I remember how I played Warcraft II at school during computer lessons. I perfectly remember my feelings when I played KKnD, Earth 2140 and Red Alert. I thank god that I discovered Battle.net in 2004. I reached Top-1000 in 1v1 Europe. I played all custom maps. So I was really happy when Starcraft II was released. I passed all campaigns on Brutal with all achievements. I am Diamond terrain in 1v1. So I can definitely say that my opinion about this game is valuable.

When Starcraft II was released the RTS genre wasn't so popular as it was 5-10 years ago. So after SCII release there are almost no high-quality RTS games. I was happy when I found Northgard in "Upcoming releases". I had no doubts when it came to buying this game yesterday.

I launched the game and started a single scenario. There is no tutorial in the game so I spent the first hour of playing trying to understand what exactly I should to do here. It seems funny but I understood how to build workers only after 20m of gameplay. Anyway, I like the process of cognition. I restarted the scenario about 5 times when I finally realized what I should do.

Northgard is an unusual RTS game. It contains some elements from Settlers, AoE and other popular strategy titles. I liked the resulting mix. There is no micromanagment like in Warcraft or Starcraft. The gameplay is relaxed and unhurried. You have a lot of time to make decisions. I think this feature will make the game popular among players.

You start with 3 peasants and you should develop your settlement by collecting food, gathering wood/stones/iron. The map is hidden so you should train scouts to make it visible. The playing field is divided into regions. Each one could contain some resources or special elements like crypts, altars and monster's den which are usually defended by a group of monsters.

So the main objective in the game is to expand your territory and rise to power to get enough resources to reach one of the victory conditions. There are some of them: destroy all other clans, collect 7k gold, learn all lores, get 1k authority etc.

As I said before I really like the gameplay despite the fact that there is little content. The development of base is interesting until you reveal all the buildings. There is only 1 upgrade for each building and 1 for each unit. There are only 2 enemies + boss unit. Random events are all the same. You lose food, buildings get damaged or monsters come through portals.

The combat system is poor and boring. There is only 2 types of warriors with no micromanagment. There is only 1 game tactic now. You make a stack of 3 warriors and send them attack. If there is a tower you should add a chieftain. You heal them after and recruit new warriors to maximum and send attack again. Repeat until you win... Boring...

When I completed single scenario after 3 hours of gaming against 3 AI on hard I realized that I didn’t want to play this game anymore. Why? Because the next session will be exactly the same as the previous one. There is no replayability yet by the reason of lack of content.

Upd. I have started a new session today and my thoughts were right. I closed the game after 30m playing.

The game is good and seems promising. It looks pretty. I liked the gameplay. I haven't seen any bugs except for 1 game crash :D. I am sure the game will turn into an awesome game in future. But for now, I think the price of 20$ is too high for 3-4 hours of gameplay. I will definitely change my opinion in the future when the campaign or multiplayer will be released and the game will become deeper.

I can't recommend Northgard in its current state.

So, 5 months has passed. I have decided to try this game again. What do you think has changed?
Devs added multiplayer (nothing new, just playing with real people), new fraction (Raven), 2 new units (Axeman and Shiled Bearer), some balance and UI changes and.... Hmm. That's all. That's all what devs added to the game for 5 months (they said, EA stage will take up to 6 months), but the game is far far away from finishing. It's still a "good concept of the game". So, it looks like, devs was so impressed with sales, so they decided to take long 4 month holidays. Ok, it's just my opinion. Let's speak about the game.

I haven't played against Bots anymore, because it's boring. So i got about ~10-15 games in multiplayer last week. Game is awesome in some ways and is really terrible in other ways.

First of all, there is no dedicated server. All games are hosted by players. So if host suddenly decides to leave (because he is a loser, for example), the game is over for all other player. The second techincal problem are lags. Sometimes, they are so terrible, so you can lose a 100% winning fight.

Random is bad. If you are out of food or iron or sheeps (if you are goat), or coast areas (if you are raven) you will 90% lose.

I complain about balance of clans of too. Stag is really imbalanced in the current state.

Also, developers are adding new content really slowly. They wanted to leave EA in 2-6 months, but 5 months passed and they added only 2 extra clans, 2 new units, some UI changes and,.... That's all. There is campaign? There is new areas, enemies, victory conditions, new maps?

Multiplayer even in current state with a lack of content and features is pretty addictive. I have played for 50h+, so i can't give this game negative raating anymore. Thumbs up! Will wait for new content. Good job, developers!

I only advice you to improve battle system and improve starting (0-15m) gameplay, because it is really straight and boring.

- - -
Update #2. May of 2018
They added an incredibly boring campaign. I don't advice this game if you are not in multiplayer battles.

Passed the campaign on Extreme difficulty. First impression was bad, the game seemed unbalanced. In other hand the game brought a huge challenge. I liked playing all missions except the first and the last ones, they were boring. Missions offer different objectives and you are playing for different clans. In overall, it is worth of trying.

But I liked multiplayer much more. The game evolved pretty good. It has incredible replayability. I played about 30-40 multiplayer games in different modes and liked it a lot. I even got in Top-1000 rating :D

Update #4. June of 2019
The game becomes better. Devs add new content, new clans, new units and mechanics. There are still a lot of player in lobby multiplayer. I like playing it from time to time.
- - -

Update #5. December of 2019
Devs added new huge update, Conquest mode. I didn't play it much because I prefer Mp. I played more than 50 matches during 2 last weeks (its very addictive). Devs improve balance, make changes, added new clans and feature. I liked it a lot.

Finished Conquest with Snake on Extreme (only 0.1% have done it) and.... it was extremely easy. Ideas of special rules of maps are fun, but AI is insanely dumb. INSANELY. Still can't recommend single player part of the game.
View all 18 comments
Screenshot Showcase 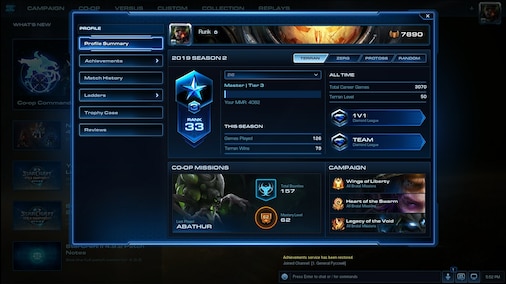 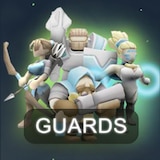 Guards
A list of all upgrades for all heroes with stats and price.
Artwork Showcase 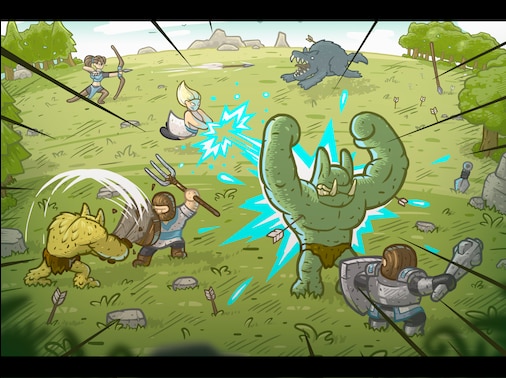 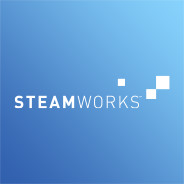 How to win in PvP
By Rurik

Strategius Jul 4 @ 10:47am
Hello my friend! I have a question regarding your game "Age of Defense"