This user has also played as:
Pew Pew Major Cam 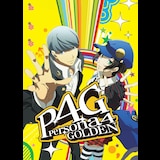 Danganronpa: Trigger Happy Havoc
31 Hours played
This game was a good change of pace for me as I have been playing nothing but FPS games. I think I had only one other Visual novel game in my library so this put a bad taste in my mouth that I would just skip over most of the story to see some lewd pictures. But the game isn't like that at all, at first all the characters are standard and boring as each of them are special in some way. At the start of the game I would just imagine who would be a killer and who would die which is another thing I found this game does well is it threw me for a loop a couple times figuring out the killer in a couple of Class trials. Onward to the class trials than which are essentially boss fights in the game of piecing together whodunnit I didn't like the Non-stop debate as I had a hard time seeing what clues the game was giving me, and it just wouldn't click. But when it does, you will start thinking about a career in law I tell you. I must say I was quite impressed with this game, and all of the characters, and pretty great soundtrack throughout the game. I could easily recommend this game if you like anime, murder mystery, or are just interested in something different and a little wacky.
Leave a comment