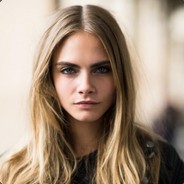 Global Sentinel
500 XP
Since you're here, might as well read the whole thing :D

Three men, a philosopher, a mathematician and an idiot, were out riding in the car when it crashed into a tree. Before anyone knows it, the three men found themselves standing before the pearly gates of Heaven, where St. Peter and the Devil were standing nearby. "Gentlemen," the Devil started, "Due to the fact that Heaven is now overcrowded, St. Peter has agreed to limit the number of people entering Heaven. If anyone of you can ask me a question which I don't know or cannot answer, then you're worthy enough to go to Heaven; if not, then you'll come with me to Hell."

The idiot then stepped forward and said, "Bring me a chair!" The Devil brought forward a chair. "Drill 7 holes on the seat." The Devil did just that. The idiot then sat on the chair and let out a very loud fart. Standing up, he asked, "Which hole did my fart come out from?" The Devil inspected the seat and said,"The third hole from the right." "Wrong," said the idiot, "it's from my ♥♥♥♥♥♥♥." And the idiot went to heaven.