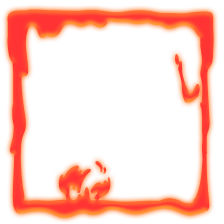 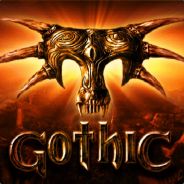 DARK SOULS™: REMASTERED
156 Hours played
Overview of settings:
There are four settings you can adjust in Dark Souls Remastered.

Anti-aliasing: Can be set to Off, FXAA, FXAA High, or Temporal AA. The latter is the best at removing jaggies but also introduces blurriness across the entire resulting image. The impact of FXAA/FXAA High is about 6-8 percent, while TAA can drop performance by 12 percent.

Motion Blur: Causes the image to blur with movement, and if you turn it off you can improve performance by about 14 percent. This is the largest impact on performance.

Depth of field: Blurs out distant objects, or at least that's the idea. Causes about a 13 percent drop in performance, and can safely be left off.

Ambient occlusion: Improves the shadows where polygons intersect. As with the others, the effect is quite subtle, and unlike higher quality variants of AO (eg, HBAO+, VXAO, etc.) the performance impact is negligible (about 1-2 percent).

it turns out the hardware requirements—even in Blighttown—are quite modest.
This is one of the more demanding areas in the game, and a spot near the elevator/lift where performance was even lower than elsewhere.

3840x2160 is easily playable on midrange and higher GPUs, and even budget GPUs or previous generation midrange GPUs do reasonably well. GTX 780 and GTX 970 and above, or R9 390 and above, all handle 4k at maximum quality and still get 60fps. Drop it to 1440p max quality, and every graphics card and every gaming notebook still hits 60fps. But what if you don't have a graphics card?

Intel HD Graphics 630: Intel's HD Graphics are often incapable of handling modern games at anything beyond 720p minimum quality. Dark Souls Remastered is clearly a less demanding game, but 1080p is still pushing the limits—21fps at max quality and 30fps at min quality. Dropping to 720p yields playable results, however, with 48fps at max quality and nearly 60fps (with occasional dips in some areas) at min quality.

Basically, Dark Souls Remastered removes the final hurdles to a steady 60fps for the vast majority of today's gaming PCs. This goes for the CPU as well. The original Dark Souls Prepare to Die edition really hit a single CPU core quite hard, and you needed a fast Intel CPU (4.5GHz or so) to get 60fps in Blighttown.

The remastered version is better able to use multi-core processors, and everything from Ryzen 3 2200G and Intel Core i3-8100 and above manages 60fps , the PC already had fewer issues in Blighttown than consoles, and DS Remastered should run even better.

Does the remastered version look better?
Yes, absolutely, though the graphics aren't necessarily state of the art. That's a big part of why even lower spec graphics cards can power through 4k max without choking.

Comparison screenshots from the original (running DSfix at 4k) and remastered Dark Souls versions . The Remastered textures are more detailed, and there's less blurring of distant objects. And even seven years later, the world of Lordran is still worth exploring.

Those who have already played Dark Souls, particularly with some of the community created texture packs, probably won't find a lot to warrant the asking price.
But if you've never played Dark Souls, or if you've been waiting for the definitive PC edition, Dark Souls Remastered is a welcome option. It doesn't fundamentally alter the gameplay, but the controls now work out of the box on PC, whether you want to use a controller or stick to keyboard and mouse. It might almost seem heretical for those adapted to the original controls, but keyboard and mouse work great—and the fact that the game now prompts you with the correct buttons rather than "Press A" controller commands helps a lot.

The launch of DS Remastered also means multiplayer is currently well populated, so you can invite other spirits to help you with difficult boss fights, or invade others to try to steal their humanity. And whether you're running the game on a potato or a high-end PC, you should be able to get smooth 60fps gameplay.

Personal view before and after:
New players will always buy the new version PERIOD.

So that is not an argument, for example I got the first for free as a BD gift.
I have all DS on steam except the last expansion for III and I mean all.
DS 1 , DS II + seson pass, DSII new version , DSIII:

So another 15EUR for this remastered and that will be a total of 45$ for all versions MINUS DARK SOULS™ III - The Ringed City™.

For me 15$ is the max price that I will pay for this remastered :D.

Dark Souls Prepare To Die Edition wasn't on sale for like 1.6 years now, the last 5$ sale aka big sale was in jan 2017 because I imagine they already were planing the Remastered then.

Also a remastered has : new textures, resolutions, animations so yes it it the old game + that.

By the way I know what I am saying I have a bachelor's degree and master's degree in CS.

I did use Photo Shop for 2D aka textures , done some sprites, used a little 3D max for animations and models and mostly did the programming for the games, one of the last course in my master's degree I had to do a small racing game and only implementing simple and already made models of cars then writing parts of the script in Unity for the speedometer, that was using the diameter of the weel as a basic and so one, those are not easy :D.

And we are talking about Japanese console devs in 2012, aka a lot of HARDCODING and that is a bad thing or a nightmare for any programer ask
QLOC!

The funny "state" of Steam meta-review of the Remastered
If you would read the majority of the negative reviews on steam as I always do before I buy something alongside many other things, I hope you will see the irony as me.

And finnaly ~200k owners on steam thanks to the meta data from steamdb and steamspy VS ~1.8k negative reviews :D.

If you go deaper and read the multitude of 1-3 sentences, below 100ch type of reviews and even that equated to near nothing or illogical assumptions not based on any facts but pure illogical rants :D.
View all 108 comments
Screenshot Showcase 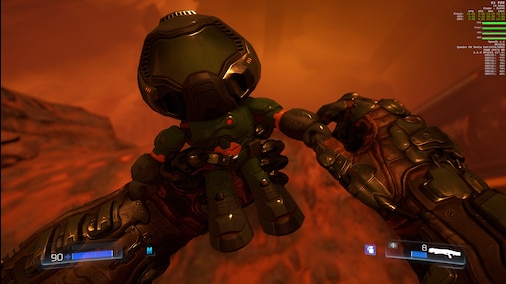 PartTimeCasualGamer Jun 3 @ 4:03am
SponderMan is going next to ... FFS no BB

Well on steam, already own those on GOG.