This user has also played as:
Marcus Antonius 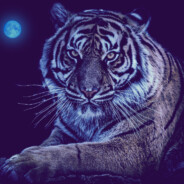 That's about it, with everything in-between, including music and art in all its forms.

I have to add that I hate any kind of sentiment ending in 'ism'. I see these as just a way of dividing society when we should all celebrate our common humanity.

Oh, and I'm addicted to games...and bikes (motorbikes, I'm far too lazy to go in for the peddling nonsense)

My bike's in the kitchen... why wouldn't it be?

At the moment I've removed friends from my Steam profile. I am reluctantly accepting requests again, but I'm just not sure about it. There's nothing personal about this: I simply don't want it right now. I never did like social media. Please don't be offended if I refuse a friend request, or you see that I'm no longer on your friends list.

My stance on the numerous conflicts around the globe...

Wars solve nothing and are just a means for powerful greedy rulers to get more for themselves. Historically, my own country was one of the worst offenders. I feel shame for that, but not guilt. I took no part in it and nor would I endorse such actions now, if my government get embroiled in it for no good reason. I try to abide by the Steam rules and avoid being political, but that's hard for me. I believe in free speech: just not when it gets out of hand and plain rude.

Believe me, I'm not indifferent to the plight of various peoples around the globe right now... I'm just reluctant to break Steam rules by commenting on it.

If you're reading this from a country troubled by war, you have my empathy.

tigerpoetry May 7 @ 3:25pm
I keep getting friend requests... Eh? ... I'm happy to help anyone on forums but I'm just not interested in 'social media'. I wish that people wanting to 'friend' me would realise just how little I need or want it.

i'll still offer unrelenting support to people if I can help with their games. If I've helped you recently, that's because I wanted to. I'd help you again and again. It doesn't mean that I want a permanent connection to you.Please accept my help and guidance, but don't expect any commitment.

A) I won't disappoint
B) They won't add pressure to me.

tigerpoetry Mar 23 @ 12:05am
Due to ongoing personal problems I have decided not to have 'friends' on Steam. I have removed all friends from Steam. I won't accept any new friend requests either. There's nothing personal about this. It doesn't infer anything about you, if you have been removed from my 'friends list' or I don't accept any new requests. It's just that at the moment I don't want to do it. Sorry.

tigerpoetry Aug 15, 2017 @ 1:00pm
AutumnFishBall, you are very kind and polite...I wish that more people in the west understood the value of politeness! I'm a shy person but I would like you to be able to watch my games. You can consider this to be an honour because I wouldn't let anyone else do it! (except for my daughter who has watched me playing (and laughed at me!) a lot of times. I have set an option for friends to request that they can watch my games. Do I have to do anything else?